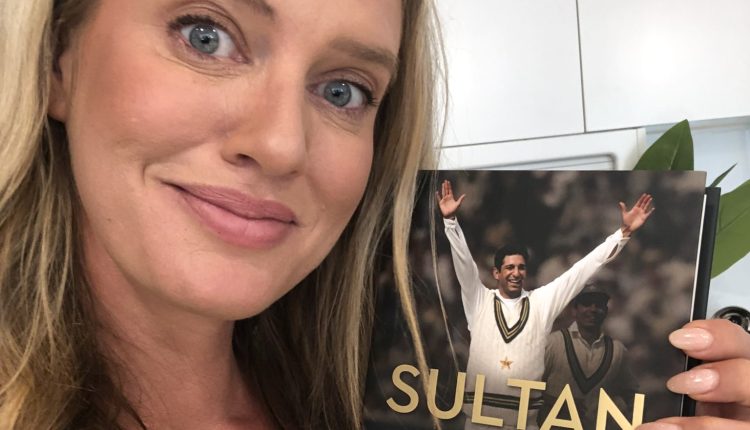 Shaniera is a social worker from Australia whose age is 40 years. She is residing in Pakistan now.

She got her hands on the book on October 25, and she finished the book in just two days.
After receiving Wasim Akram’s Book, she said, “Look what I have in my hands. Everyone has had their say, now it’s time for his Wasim Akram.”
On October 27, she told her followers that she have finished the book and read it a second time, but this time in the voice of her husband. This is what she posted: “Reading Sultan for the second time but this time it’s in a hard cover! I can hear my husbands voice melodically narrating the words i am reading on the page, as though he is next to me telling me the story. What a life you have had Wasim Akram”

Wasim Akram recalls an astonishing career in great detail in his published biography, “Sultan,” among which the host city for Sunday night’s World Cup final emerges as a recurring motif. “Sultan: A Memoir” is written by Patrick Murphy with input from the cricketer himself.

In 2003, Akram’s cricket career came to an end. He is still regarded as one of Pakistan’s all-time best fast bowlers. The left-arm bowler claimed 502 ODI and 414 Test wickets.

Uzbekistan’s President made a speech at Summit of OTS