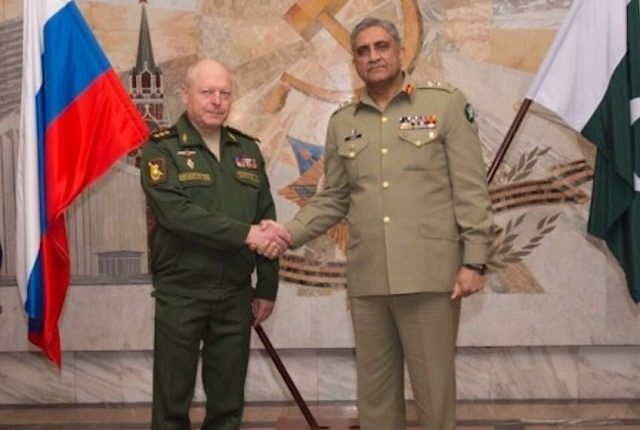 Pakistan and Russia on Wednesday agreed to strengthen their bilateral military cooperation.

The agreement was reached during the third round of Russia-Pakistan Joint Military Consultative Committee (JMCC) meetings that were held between the two countries.

Defence ties between the two countries have steadily grown since they signed the cooperation accord.

The two sides agreed on effective follow-up and implementation of the decisions taken during the meeting, besides hoping that the JMCC would continue to strengthen defence cooperation.

Gen Fomin praised the trajectory of Pakistan-Russia defence cooperation and said its expansion was an important factor in regional security. “

Development of constructive relations between Russia and Pakistan is the important factor to ensure regional stability,” he maintained.

He noted that Pakistan was one of the few states with which Russia continued to hold previously planned events despite the difficult epidemiological situation in the world.