Islamabad, 12 September 2019 (GNP): The Ambassador of Uzbekistan in Pakistan hosted a grand reception in Islamabad to celebrate 28th anniversary of independence day of Republic of Uzbekistan. The Federal Minister for Energy Omer Ayub Khan was the chief guest of the event. The graceful ceremony was commenced with the National anthems of both the countries. 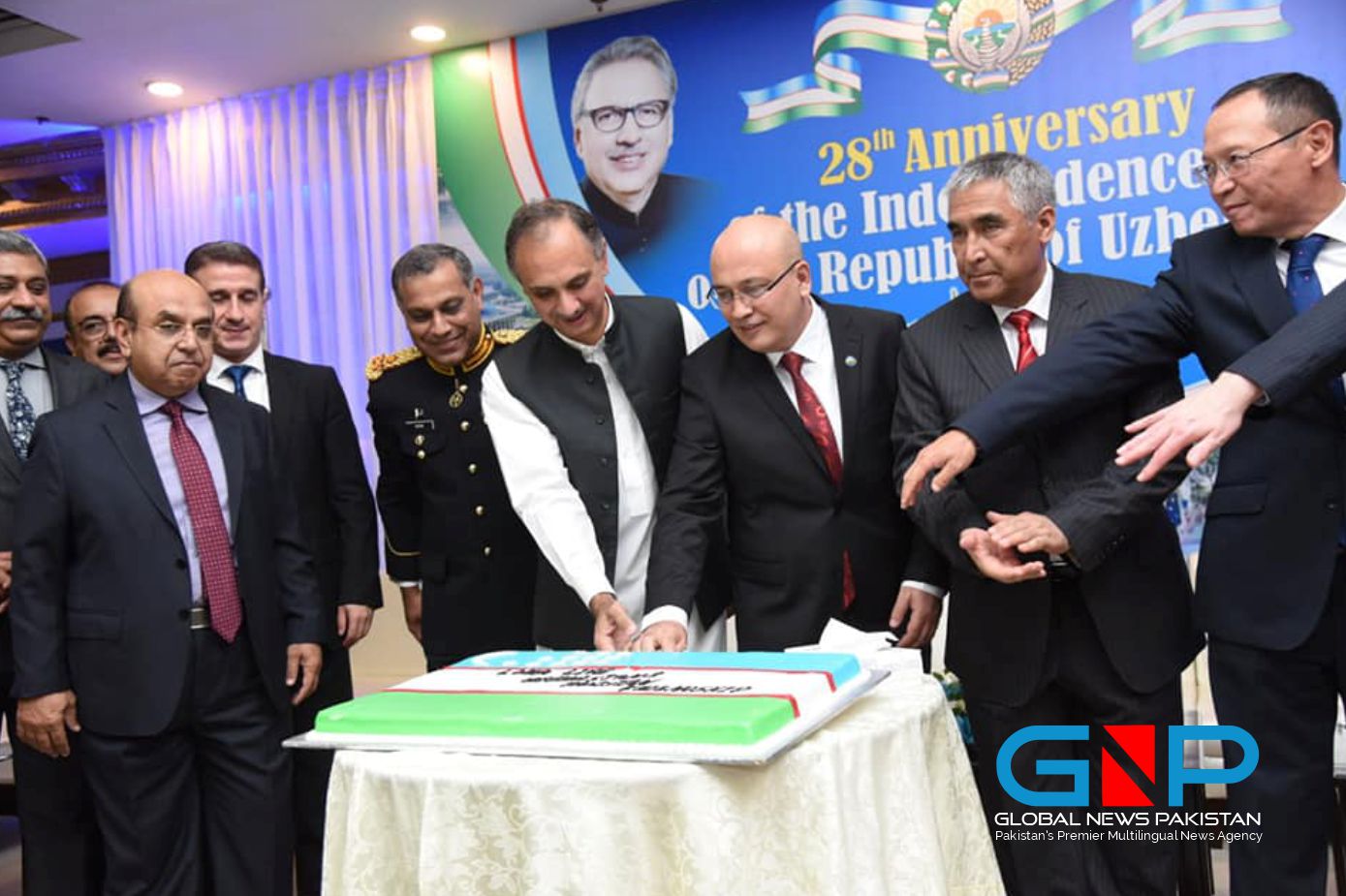 While talking to Global News Pakistan, His Excellency Furqat Akhmed Sidiq said that Pakistan and Uzbekistan enjoy deep-rooted diplomatic ties based on shared values of peace and prosperity. Ambassador added that the Pakistani government is giving priority to Pak-Uzbek ties. Minister of Energy highlighted the significance of the diplomatic, economic, trade, culture linkages and ties between both brotherly countries.

The National day reception was attended by large number of Ambassadors, diplomats, high civil and military bureaucrats and leading personalities from across Pakistan. GNP