Lisa Marie Presley has passed away

The American Singer-songwriter died aged 54 after getting hospitalised a day before her death. 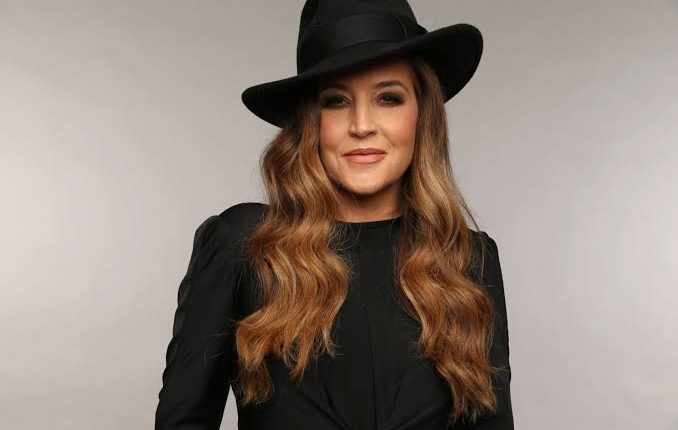 Los Angeles, 15 January 2023 (GNP): Lisa Marie Presley, the daughter of Elvis Presley and Priscilla Presley as well as a singer-songwriter passed away on 12 January 2023 at the age of fifty-four after suffering a heart attack and getting hospitalised a day before her passing.

She was rushed to a hospital after a call was received by her state’s local sheriff that a woman was found unconscious breathing however she was still and was transferred to a hospital for urgent care.

The mother of the rock and roll legend’s daughter, Priscilla announced her demise: “It is with a heavy heart that I must share the devastating news that my beautiful daughter Lisa Marie has left us. She was the most passionate, strong and loving woman I have ever known.”

In 2020, Lisa Marie’s son Benjamin died by suicide on July 12, which would’ve been his 28th birthday. Apparently, Lisa Presley was heartbroken after her son’s passing. According to her, her son’s death completely ‘shattered’ her. She has been open about her grief in the years since, posting tributes on Benjamin’s birthday and penning emotional essays on her Instagram.

The following is the last post by Lisa Marie Presley on her social media remembering her son:

She stated a few months back: “It’s a real choice to keep going, one that I have to make every single day and one that is constantly challenging to say the least….But I keep going for my girls. I keep going because my son made it very clear in his final moments that taking care of his little sisters and looking out for them were on the forefront of his concerns and his mind. He absolutely adored them and they him.”

Fans and celebrities have been paying tribute to Elvis Presley’s daughter. Many celebrities have come forward on social media to remember her. Rita Wilson, wife of Tom Hanks extended the couple’s condolences to the Presley family on Instagram:

Leah Remini, known for her role in ‘King of Queens’, also wrote on Twitter that Lisa Maria Presley ‘did not have an easy life, as some might think.’

I’m heartbroken over the passing of Lisa Marie Presley.

Lisa did not have an easy life, as some might think.

May she be at peace, resting with her son and father now.

Her mom Priscilla and her three daughters, Riley, Finley, and Harper, are in my prayers. pic.twitter.com/7Sb0DFjbZH

Donnatella Versace, the owner of fashion brand, Versace, wrote on her Instagram that she will never forget the time spent with Lisa Presley while praising her beauty and kindness:

Lisa Marie Presley was born on February 1, 1968, to Elvis Presley and Priscilla Presley, in Memphis, Tennessee, US. Presley’s parents got divorced when she was only four years old. After her father’s death in 1977, the nine year old Lisa Presley became joint heir to his estate with her 59-year-old grandfather, Vernon Presley, and Vernon’s 87-year-old mother, Minnie Mae. Upon the deaths of her both grandparents in 1980, she inherited the estate on her 25th birthday in 1993, which had increased in value to an estimated $100 million. Presley sold 85 percent of her father’s estate in 2004.

Presley made a video of ‘Don’t Cry Daddy’ as a posthumous duet with her father in 1997. Presley released her debut album ‘To Whom It May Concern’ on April 8, 2003. It reached No. 5 on the Billboard 200 albums chart and was certified gold in June 2003. She went on to release other classics during her whole career as a singer-songwriter.

The Elvis Presley Charitable Foundation (EPCF) was also chaired by her. Furthermore, Lisa Presley was also honoured with numerous rewards during her life.