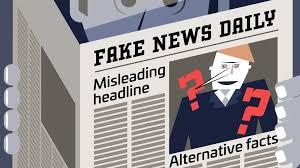 India has never missed a chance to malign Pakistan over flimsy grounds. It has been trying its level best to create a negative impression against Pakistani government and Armed Forces. This is being practiced since the partition of the Sub-continent back in 1947.

Spearheading an accusatory campaign against Pakistan and blaming it about every terrorist incident has become a pivotal part of Indian foreign policy. New Delhi’s diplomatic missions abroad are proactively engaged in misguiding the international community against Pakistan.

In a nutshell, it is apt to deduce that India has become a cauldron of anti-Pakistan activities. From its aggression in Jammu and Kashmir in 1947 to unilateral abrogation of Article 370 in 2019, Indian policymakers, politicians, and military leaders are continuously working to isolate Pakistan and its positive steps for bringing peace in the region.

After the partition, India sent its forces to the territory of Jammu and Kashmir to forcefully occupy the Muslim majority region. The Indian forces adopted an offensive/ aggressive posture as well as violated all international norms to sabotage the basic rights of the people.

The people of Jammu and Kashmir wanted to stay with Pakistan. However, Indian political and military leadership went against their wishes and killed thousands of people who were protesting against the forced crackdown of Indian brutalities. After the Indian brutalities against the innocent and defenseless people of Kashmir, Pakistan retaliated to fight for justice.

Pakistani forces entered Kashmir after Indian aggressions and tried to take the area from illegal Indian occupation. Subsequent to the Pakistani defensive attack in Kashmir, former Indian Prime Minister Nehru asked for UN intervention and promised to conduct a plebiscite in the valley where the people of Kashmir will decide their future. However, that Indian move is still awaited. Since 1947, the people of Kashmir are giving their lives and waiting for an independent state and brutalities of occupying forces.

The list of Indian false-flag operations and narratives against Pakistan is so long. The wars of 1965 and 1971 are practical demonstrations of Indian involvement to disintegrate Pakistan. India had also helped gruella fighters in East Pakistan which ultimately resulted in the creation of an independent and sovereign state Bangladesh.

Successive Indian governments and incumbent Prime Minister Modi openly confessed their support to Mukti Bahini and other armed groups who fought against Pakistan Army in 1971. These Indian confessions are more than enough for the international community to hold New Delhi accountable for its illegitimate and unnecessary involvement in Pakistan’s affairs. Unfortunately, so-called champions of democracy are silent on this issue.

Likewise, on the issue of terrorism and extremism, India has been accusing Pakistan of supporting non-state actors and anti-India groups, especially in Jammu and Kashmir. However, it has failed to provide any kind of actionable/ concrete evidence to prove its claims.

The leadership of India has been trying its utmost to malign Pakistan’s soft image by presenting distorted facts and claims. To accomplish the fake Indian government’s objectives, media houses in New Delhi are also playing a major role. They are extensively highlighting anti-Pakistan content.

Hawkish and belligerent Indian anchors are also leading the campaign in this regard. Indian Media is working as a propaganda machine and mouthpiece of the government’s nationalist and Hindutva approach.

Recently, investigative research by EU DisinfoLab revealed that over 750 Indian-backed websites spread across 119 countries have been operating to undermine Pakistan for the last 15 years within the EU and UN. EU DisinfoLab’s investigation, called Indian Chronicles, revealed that Srivastava Group launched and backed the operation while Indian news agency ANI advanced it.

These revelations have clearly exposed the heinous Indian intentions and its propaganda against the Pakistani government and Armed Forces. The role of warmongering Indian Media has also been revealed by EU Disinfo Lab. These revelations are also practical evidence for the international community to sanction India for its campaign against Pakistan.

Nevertheless, India is still trying hard to destabilize Pakistan economically, politically, and militarily. However, the Pakistani Armed Forces and Government both are jointly collaborating to expose Indian intentions. Pakistan’s Ministry of Foreign Affairs has recently shared a dossier with the international community and organizations on India’s illegal activities against Pakistan and brutalities in Jammu and Kashmir.

Now, the time has come where the international community must set aside its political, military, and economic interests with India and must hold New Delhi accountable for its vicious campaign against Pakistan.

The international community must take notice of New Delhi’s continuous aggressive and brutal approach in Jammu and Kashmir where the world’s largest blockade is going on. Likewise, international human rights organizations must come forward and ensure the basic and fundamental rights of the Kashmiri people.

The writer is an Mphil Scholar at the School of Politics and International Relations, Quaid e Azam University Islamabad

China Insight: China’s Position on the Situation in Ukraine