Pakistan needs to popularise its political narrative for Kashmir resolution

This was stated by Barrister Naseem Ahmed Bajwa, Editor of newly launched book titled “Declassified: British Secret Documents, Diplomatic Communication Relating to Pakistan”, organized by the Sustainable Development Policy Institute (SDPI) here on Monday at Islamabad. This book is compilation of communications sent by British diplomats stationed in Pakistan to the British Foreign Office in 1979-80. This book is the first volume of a series of similar books due to be published in the coming years.

Barrister Naseem Ahmed Bajwa said these archives are like a mirror in which the people of Pakistan can clearly see the face of their leaders. “No sugar coating of facts, no exaggeration, no expression of bias or prejudice”, he said added the reports in these archives are factually accurate, candid, reliable, concise and as close to truth as possible.

He said international powers have now more grip, control and influence over the policy matters of Pakistan than the very first day of creation of this country. Pakistan’s needs to popularise its political narrative, especially over Kashmir dispute and needs to play more proactive role at international front to get support of the world, he remarked.

Muzaffar Mehmood Qureshi, Former Federal Secretary said this book is record of the British Government’s views about Pakistan during the period of 1979-80, which covers daily, weekly and monthly developments of political, economic, sociological and strategic importance during the period. “The book captures the gravity of the situation and provides analytical understating of the events”, he said added the book is extremely useful and provides informative narrative which should be used by all academics and professionals for better understanding and interpreting of the past events.

Dr. Muhammad Riaz Shad, Associate Professor, International Relations, NUML, Islamabad said that this book is different from the traditional common style of books, as it has rich information and analysis about the secret communications of British diplomats in Pakistan to their government. He said the book carries two important values including authentic primary data from the British official archives and other is specific time dimension i.e. 1979-80, which enhanced credibility of the book. This book is interplay of domestic, regional and international politics, which provides the authentic source of reference and a valuable contribution in the literature, he added.

Moazzam Sharif Bhatti, Director Advocacy & Outreach, SDPI said this book is an important contribution and has relevance for Pakistan’s politics, at internal and foreign policy front. He said this book gives student of Pakistan contemporary history an opportunity to read, for the first time, British secret and confidential archives relating to Pakistan and the U.K, covering 1979-80. 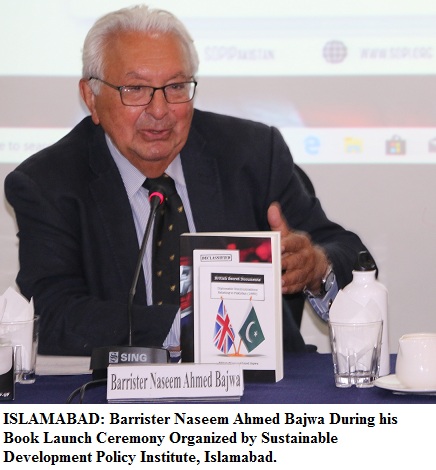 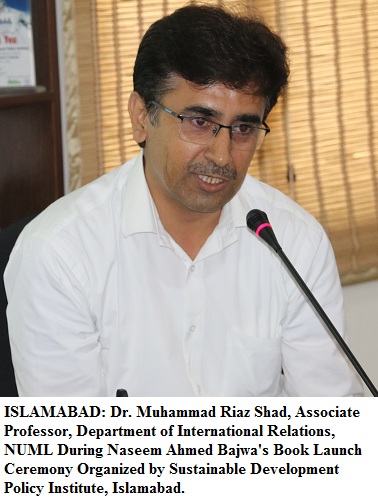 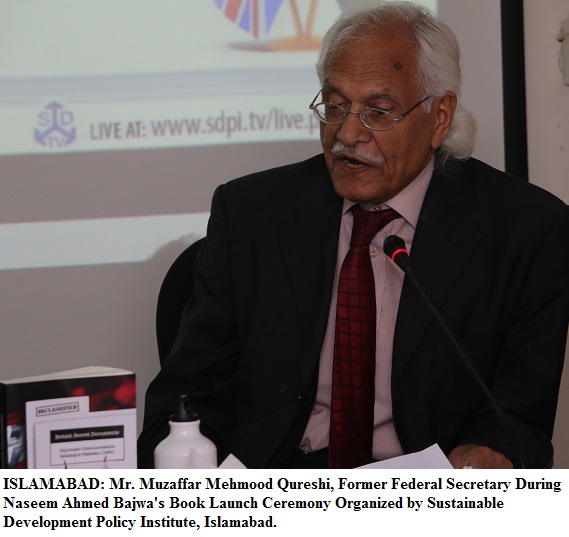