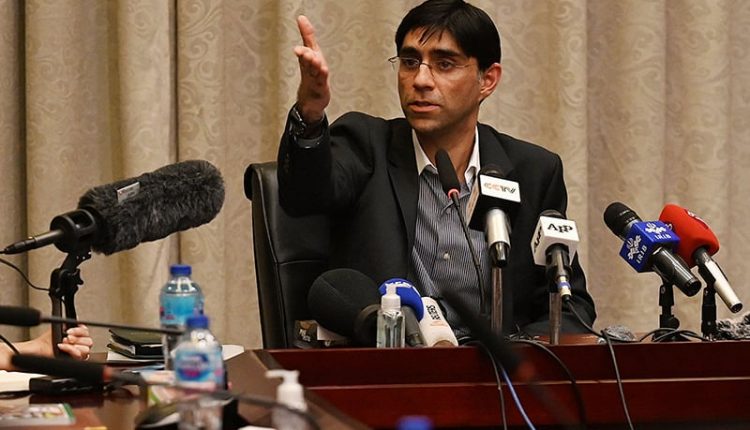 US should listen to Pakistan’s message as it reassesses its ties with the South Asian nation, said Moeed Yusuf [NSA].

National Security Adviser, told reporters in the country’s capital on Wednesday that Pakistan had continuously advocated for a political settlement to the conflict in Afghanistan and said a military solution was not possible.

Washington, which signaled this week it was reviewing its relationship with Pakistan should take note and listen to Islamabad’s advice on now ramping up engagement with the new Taliban-led government.

Yusuf warned against isolating Afghanistan as Western powers, while pledging immediate humanitarian aid are largely holding off on any further financial assistance or formal recognition of the Taliban government while the US has frozen roughly $10 billion of Afghanistan central bank assets.

It has been popular to talk about ‘wait and see’, but wait and see essentially means a collapse,” Yusuf said. Pakistan says it doesn’t hold sway on the Taliban, especially after the US announced the date of withdrawal that it says emboldened Taliban.

Islamabad has been accused of supporting the group as it battled the US-backed government in Kabul for 20 years charges denied by Islamabad.

Keeping in view that US Secretary of state Anthony Blinkon has said, US would look to the actions of Taliban, how they treat the Afghan people and respect the rights of women or not. Then US would have to decide its future planning with the Taliban-led government.