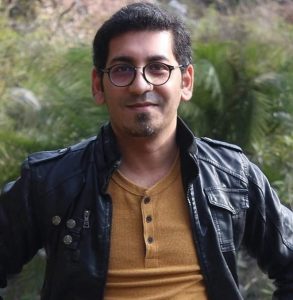 One state lobbying against another one is normal in international politics. The Indian lobby across the world has been working since long to malign Pakistan internationally. However, revelation of a sensitive government document regarding India’s below the belt move to link Pakistan and its diaspora with ‘Terrorism’ is a new low. According to the Global News, “Canadian security officials suspected India’s two main intelligence branches had asked an Indian citizen to sway politicians in Canada into supporting Indian government interests.”

Indian intelligence agencies Research & Analysis Wing (RAW) and Intelligence Bureau (IB) attempted to use money and disinformation to covertly influence Canadian politicians and falsely link Pakistan and its diaspora with “terrorism” through well-funded lobbying, according Canadian intelligence agencies. “It was in September 2017 when Geo News for the first time exposed how Indian spy agencies were involved in targeting Pakistan through fake campaigns and fake people, using heavy funding. In three investigative articles in The News and a 12-minute report on Aaj Shahzeb Khanzada Kay Saath, evidence of India’s dirty campaigning against Pakistan was laid bare.”

As per the recently released document, Canadian security officials suspected India’s two main intelligence branches had asked an Indian citizen to sway politicians in Canada into supporting Indian government interests. The investigations show that the RAW and IB were behind the operation since 2009. The report claims the Canadian intelligence authorities suspect Indian agencies of trying to use the chief editor of an Indian publication for this purpose. It adds that the wife and kids of that editor are Canadian nationals and a secret security investigation against him began when he applied to immigrate to Canada. Details of alleged Indian involvement were first revealed in a Canadian federal court, where Canadian authorities have accused the said editor of espionage.

The report claims that the accused Indian national met Indian intelligence officials more than two dozen times over a period of six years. During investigations, the Indian editor confessed that RAW assigned him to covertly influence Canadian government representatives and agencies on behalf of the Indian government. “He was told to identify random Caucasian politicians and attempt to direct them into supporting issues that impacted India.” He also admitted that he received guidance from RAW regarding financial assistance and propaganda material to politicians in order to exert influence over them.  He was tasked by the RAW “to convince politicians that funding from Canada was being sent to Pakistan to support terrorism”.

Recently, there has been a major surge in the RAW activities against Pakistan, Jammu & Kashmir and Khalistan Movement. At least 1.2 million Canadians are of Indian descent. India has always suspected thousands of Sikhs, living in Canada, of supporting Khalistan movement and seeking independence from India.

Allegations made against RAW in a Canadian court are especially embarrassing for India because only in December 2019 a German court sentenced an Indian couple after they admitted to spying on Kashmiri and Sikh freedom groups for the Indian intelligence agency RAW. According to Courts’ documents, “the couple, named only as Manmohan S and his wife Kanwal Jit K, was paid more than €7,000 (£6,000) for passing on information.” “The accused reported on the internal affairs of the Sikh temples in Cologne and Frankfurt, as well as on protest events in the Sikh community,” a court statement said.

Also in December 2019, it emerged that a global network of pro-India fake websites and think-tanks was established by RAW across Europe aimed at influencing decision-making in Europe in favour of India and to oppose Pakistan. “More than the fake media outlets alone, it is their combination with the fake NGOs that’s really worrying because it provides a mirage of online and grassroots support to a cause. According to Canada government official, “the government was concerned when any country shows destabilising behaviour, including interference in other countries’ democratic systems.”

The report did not only disturb many Pakistanis but also the Sikh community. According to World Sikh Organization (WSO) of Canada, “it is deeply disturbed by a report published by Global News revealing that Indian intelligence agencies attempted to use money and disinformation to covertly influence Canadian politicians.” It further said that “it has repeatedly raised concerns over Indian interference in Canada. Most recently, in April 2019, it expressed concerns about Indian interference and espionage within the Sikh community in Canada in a letter to the then Public Safety Minister Ralph Goodale.”

Around 2000 people were rescued by Pakistani peacekeepers