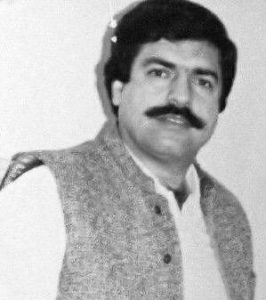 The global students provide both fiscal gains and brain power to the host states.  The most attractive destinations for international students are US, UK, Canada, Australia, and New Zealand for seeking international education. The year 2011-12 witnessed a surge in student visa especially from India. These students were trapped in visa scam both at home and abroad. The media and intelligence reports pushed the governments to take necessary actions to avoid such kind of illegal activities. Several governments took necessary sting operations in this regard.

First of all in 2012, US Immigration and Customs Enforcement (ICE) raided and shut down a Sunnyvale, CA school, Herguan University for alleged fraud. Most of the students came from India. The US officials considered some educational institutions a “visa mills” and “pay to stay” scheme. In 2014, University of Farmington was establish to catch foreign students enrolled in fake universities and colleges to obtain work permit. The practice is considered common in major host states. ICE’s Homeland security also arrested some eight student recruiters on a charge for visa fraud and harboring aliens for profits from Detroit, Florida, and Virginia. This step unleashed the arrest of around 600 students hailing from Indian state of Andhra Pradesh and Telangana. Most of the students are either on bail or in detention centers facing civil charges against them. A university in Michigan crackdown several Indian students for overstaying and committing fraud for visa which led to decline of 40% Indian students between 2015-17 entering United States. A govt. run fake university set up during Obama administration crackdown some 21 recruiters and visa brokers. The major contribution for these scams hailed from India.

The UK govt. initiated this crackdown in 2010 when it aired the concerns over illegal immigration and visa application from North India, Nepal and Bangladesh. In 2014, BBC Panorama undercover investigation broadcasted the footages of organized cheating in India during the ETS exams. A US based testing service claimed 97% of the tests conducted between 2011-14 were based on cheating. About more than 20000 students categorically cheated in the tests. The UK Home offices followed up quickly to some 35 thousands students hailing from Bangladesh and India for using proxy while appearing in the test. Not only these problems, the Panorama researchers found out that bank documents of almost every next person are obtained through vicious practices. Furthermore, Canada’s Globe and Mail published a very disturbing article regarding Indian students residing in Canada. It basically stated that corrupt Indian mentality at social level. The travel and immigration agents are the key to this stubbornness for getting permanent residence. The practices includes marriage under contract for money, education, and residence. This is becoming customary. It has bad aspects as well. As a student of Sikh origin from India rode a bus without license and collided with a hockey team bus. It resulted into chaotic scenario. Finally, the Indian students also use to act like vagabonds while being in a group. The incidents for petty issue like car parking, teasing a girl, and being egoistic led to major injuries are usual in Indian communities living in Canada.

India stands second in student visa refusal in Australia. The authorities refused one third of the applications coming from India. This flow of students is creating problems for authorities as they are unable to manage the academic attitude while attending the educational institutions. The Australian online publication macro-business reports that how low grade Indian international students are flooding the universities. The Ghost student along with several other who have falsified documents are disrupting the academic environment of the Australian education system. The Navita, a leading recruiter based in Australia, disclosed that a significant increase in enrollment from Nepal and India during 2013 is challenging. A likewise approach is present in New Zealand as well. After the crackdown the decline rates for India fallen swiftly by the New Zealand govt. More than five thousand applicants were refused by the govt. The immigration authorities said that Indian region of Punjab and Andhra Pradesh are listed as high risk as number of fraud cases rise exponentially. Munish Sekhri, vice president of licensed immigration advisors NZ told Herald that fraud was a prevalent in India and it would be an uphill challenge for Immigration NZ to overcome.

Indian travel agents are ruthlessly exploiting their own citizens in the name of higher education. Its pity for a nation like India. Immigration lawyer Alastair McClymont claimed immigration application fraud by Indian education agends has been going on for years. The Indian international students have become victim at home and abroad. NZ first MP Shane Jones quoted “Indian students ruining academic institutions in New Zealand”.  He was referring the fraud at both ends for students. He also claimed it as a backdoor to citizenship considering the Indian students. Though Mr. Jones was called being racist but he extend to accept the challenge to disagree with him over the legitimate concerns. Considering this diarchy, India’s population is emerging exponentially. The state of India is unable to entertain emerging youth with employment opportunities. An absolute option for majority of Indians is to leave their homeland by hook or by crook to earn livelihood and better lifestyle. This social dilemma has left no other choice but to commit fraud and misconduct for Indian international students.