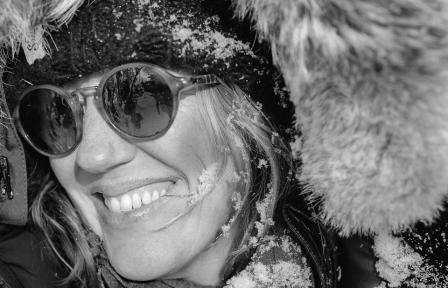 Roberts visited Tajikistan in December 2019 per initiative of the Committee for Tourism Development within the implementation of the Rural Economic Development Project.

In her article, Roberts notes that during her travels to Pamir Mountains, she passed through Bokhtar, and got acquainted with the cultural sites of the region, especially Ajina-Teppa.

She tells that the statue of Central Asia’s largest reclining Buddha was excavated in 1966 on this hill, now occupying the first floor of Dushanbe’s Museum of National Antiquities.

Roberts also recalls her night in the home of a local resident, decorating the walls with needles and embroidery, slicing pomegranates into eight pieces in front of guests by the host and hearty meat soup, and other national dishes and Tajik hospitality.

While continuing her travels, along the Silk Road, Roberts visited the Khoja Mashhad Madrasah and praises its construction.

She describes the twin domes of the madrasah, noting that the design of the building resembles a small mausoleum, and the eyelids of the domed lights illuminate the ancient bricks of the inner walls of the madrasah.

Also, the foreign traveler welcomes the initiative of Tajikistan for the further development of tourism and thus improving the conditions of the national economy. She notes that the government of Tajikistan intends to enrich tourism by 2022 by five percent of GDP from the expansion of the tourism sector. Therefore, in the light of this great initiative in the field of domestic and foreign tourism, a number of significant changes have taken place, such as the introduction of e-visas for citizens of more than 100 countries, the construction of tourism infrastructure, such as highways, tunnels and bridges, hotels, parks and gardens, repair and restoration of historical and cultural sites. Also, 2019-2021 have been announced the Years of Rural Development, Tourism and Folk Crafts, which will contribute to the further development of tourism infrastructure in Tajikistan.

Roberts notes that in the last months of 2019, various agencies, including the World Bank and Asian Development Bank, had pledged some $50 million to develop the nation’s rural infrastructure, of which about $15 million has been assigned to rehabilitating four historical sites for tourism, and developing a homestay network. 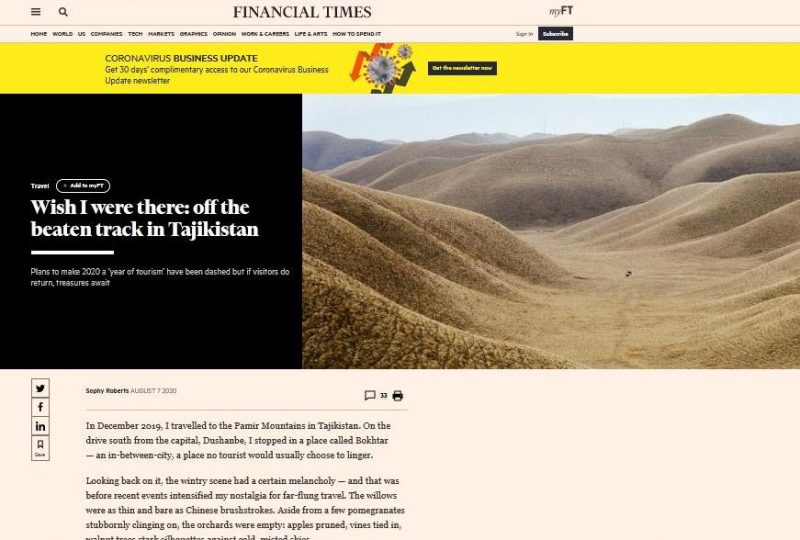 Travelling along the Pamir Highway, which runs along the Panj River under the towering peaks of the Badakhshan Mountains and the headwaters of the Amu Darya River, which separates Tajikistan from Afghanistan, she shares her view of the ancient castle of Karon in the area of Khumb Castle and the breathtaking views of this land.

While speaking about the visit of the famous European businessman Marco Polo to Badakhshan, she notes that the Badakhshan region with its towering peaks is one of the tourist attractions of Tajikistan and is the best ecological place in terms of environmental cleanliness, making a valuable contribution to environmental tourism in the near future.

Roberts plans to return to Tajikistan once the borders are open.

The significance of ‘New Political Map’ of Pakistan