Pakistan to lead the climate emergency in Asia, Malik Amin

Islamabad – Friday, September 20, 2019 (GNP): A large number of young students, members of civil society, climate activists, farmers, artists and concerned citizens on Friday took to streets of the capital and demanded the government to declare climate emergency and engagement on climate justice through national and global coalitions, adopt a low-carbon economy, and ensure grassroots level climate adaptation. Marchers call for stringent and immediate actions in response to the global climate crisis.
The first ever Climate March was organized by the a coalition of civil society organizations including the Sustainable Development Policy Institute (SDPI), climate activists, students, farmers and concerned citizens, under the banner of Climate Action Pakistan, to demand transformative action in response to the global climate crisis.
Advisor to Prime Minister on Climate Change, Malik Amin Aslam also join the Climate March and termed inaction on climate change by the world leaders and international community as the worst ‘human right violation’ in history. “Pakistan demands climate justice from the global community, where the world must take action to counter climate change for a sustainable planet for generations to come”, he said. Pakistan will lead the climate emergency in Asia, he added.
State Minister for Climate Change, Zartaj Gul Wazir said that such a massive crowd in the Climate March and enthusiasm shows the level of awareness among the people of Pakistan about dire consequences of climate change. She said her government after coming into power started ‘Clean Green Pakistan’ movement with the purpose to ensure safe and healthy environment for every citizen.
Maryam Shabbir, Environmentalist at SDPI said the purpose of the Climate March was to demand low carbon economies and global action against emissions. “Every developmental project is cutting trees without following regulations”, she said. Government must end deforestation and should act against timber mafia, she added.
Participants of Islamabad Climate March, while presenting their charter of demand to the Advisor and the State Minister for climate change, call upon the government for climate resilient urban planning and development. Marchers also presented Islamabad specific demands and urged the government to preserve green spaces, encourage frequent plantation drives, introduce congestion charges and promote vertical development to reduce urban sprawl to help protect the environment.
Please download the detail ‘Pakistan’s Manifesto’ and ‘Islamabad Charter of Climate Demands’ both in English and Urdu at the following links:
English: https://app.box.com/s/evldk3w9km3041rbaq25sj39rjho6f0o
Urdu: https://app.box.com/s/hp5bh5691yxfyv34tivnzcf1a9lwd3hx
Pakistan’s Manifesto and Charter of Demands: http://bit.ly/ClimateActionPkDemands 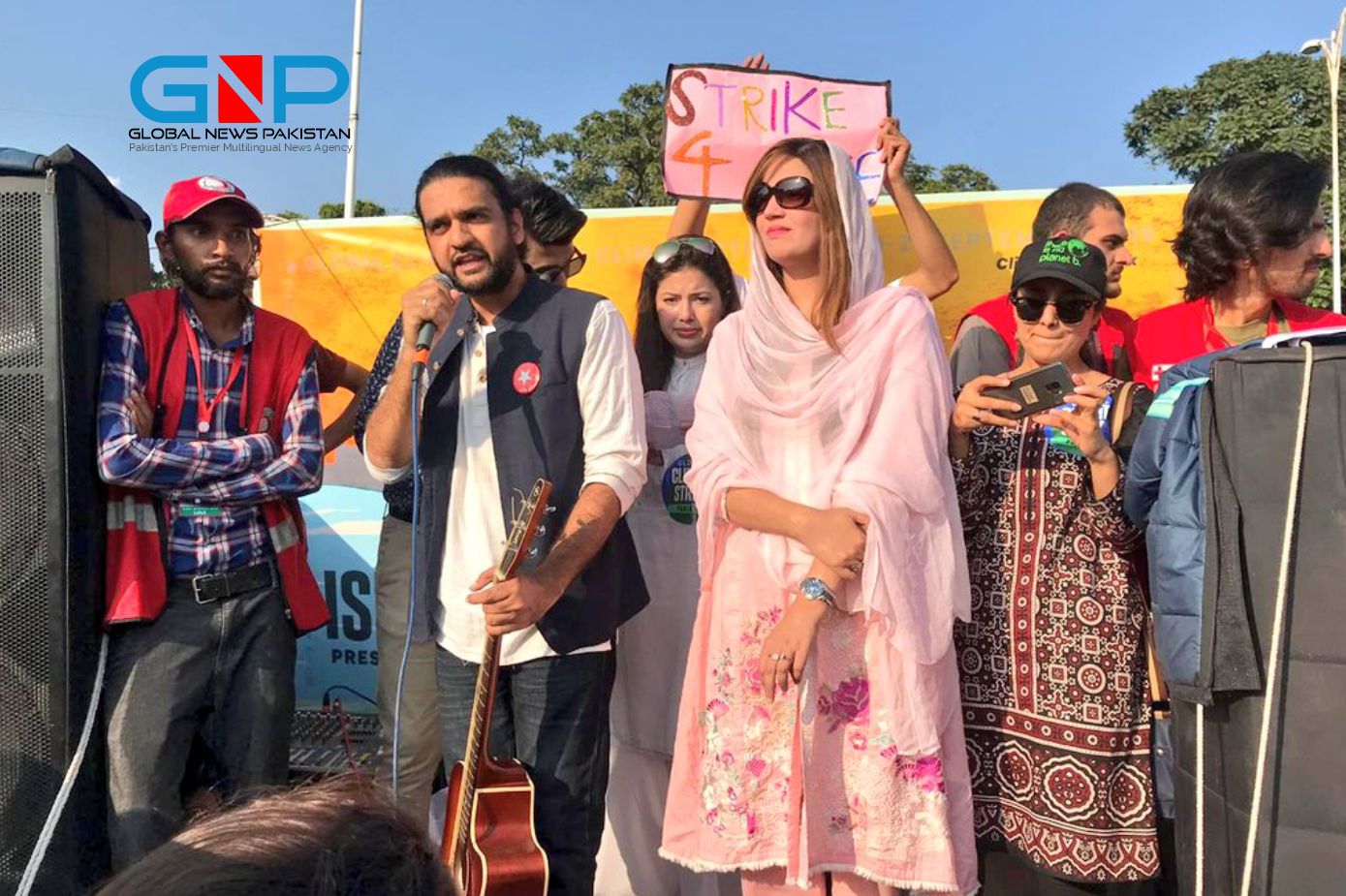 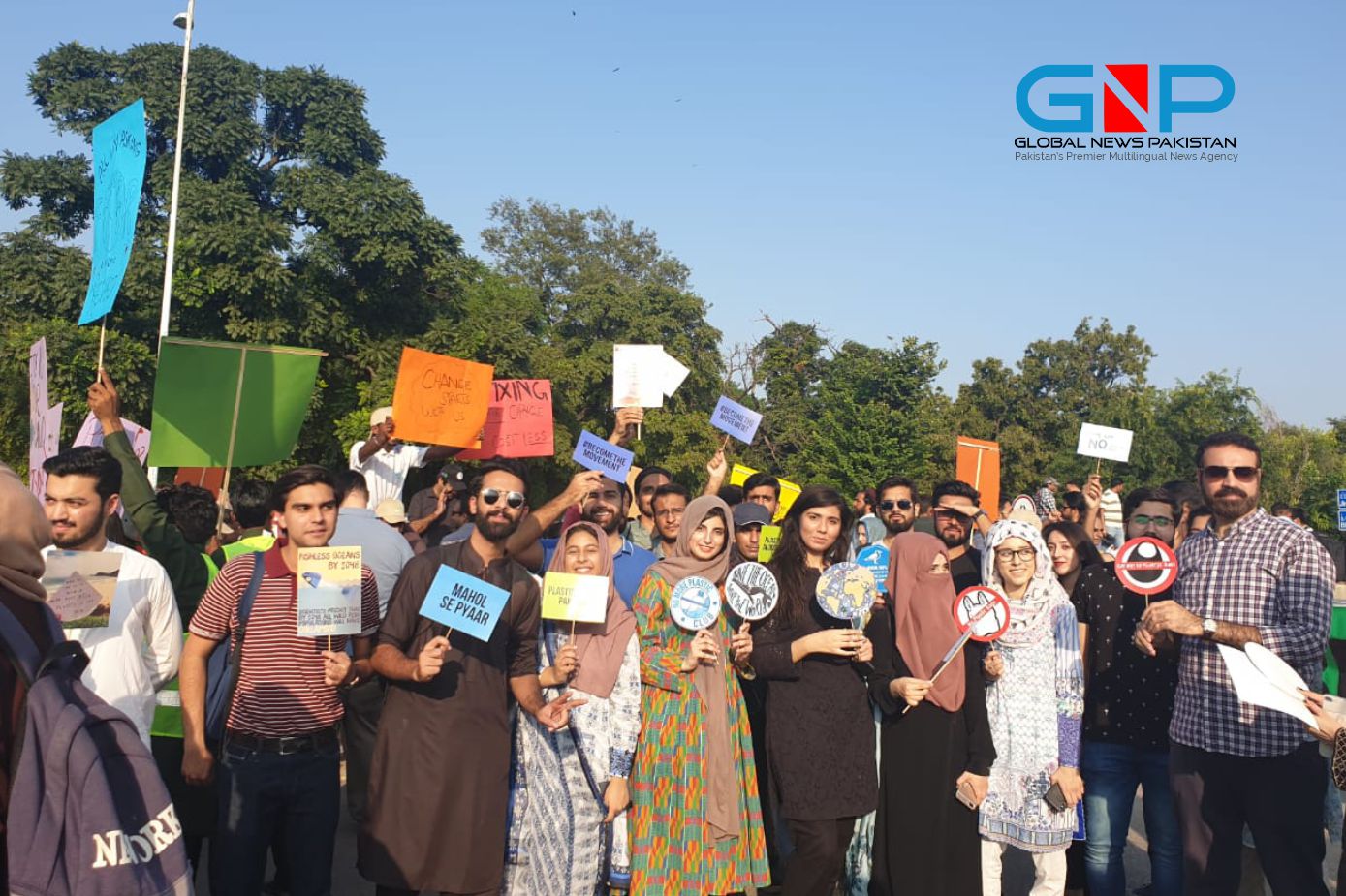 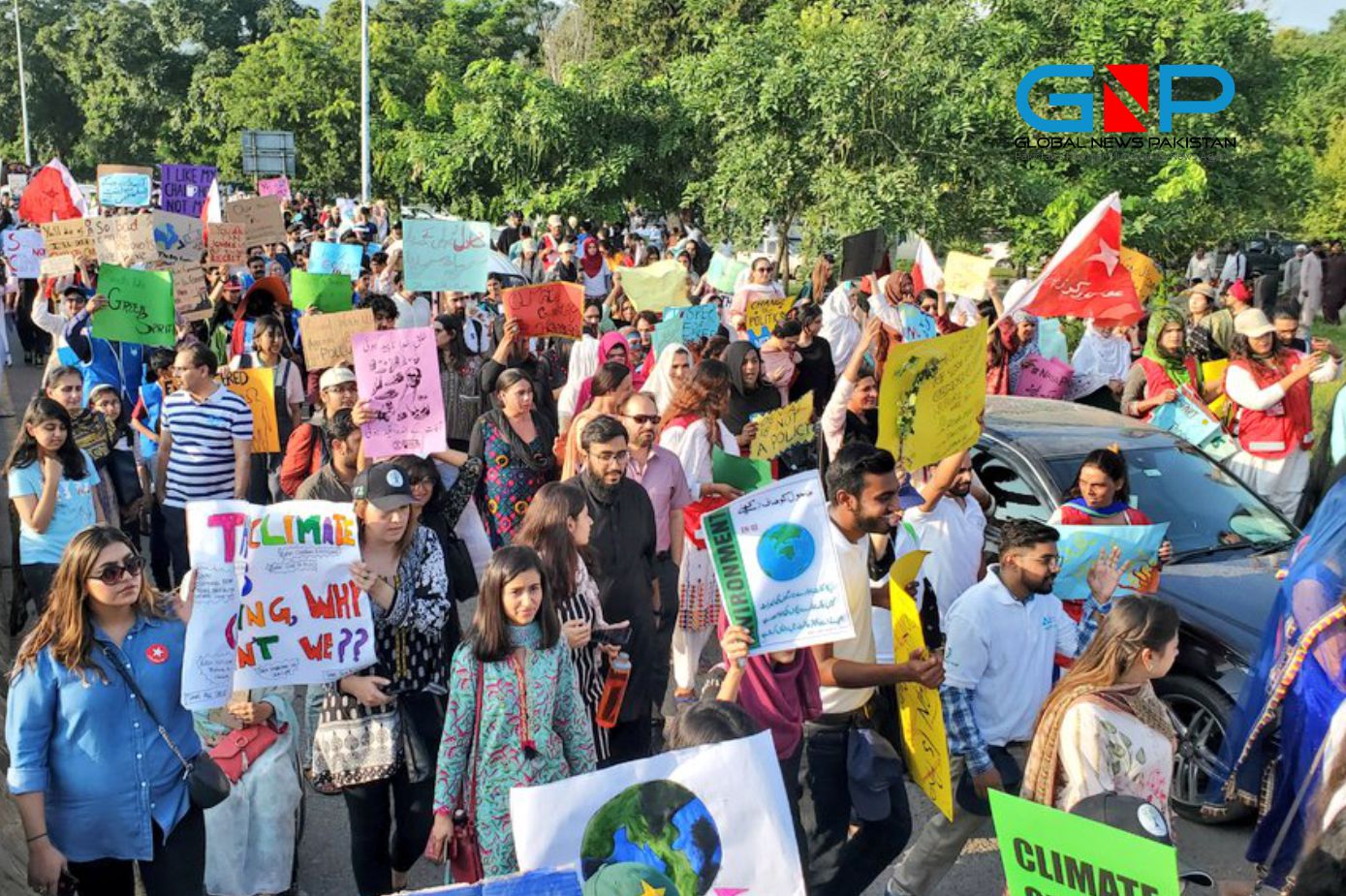 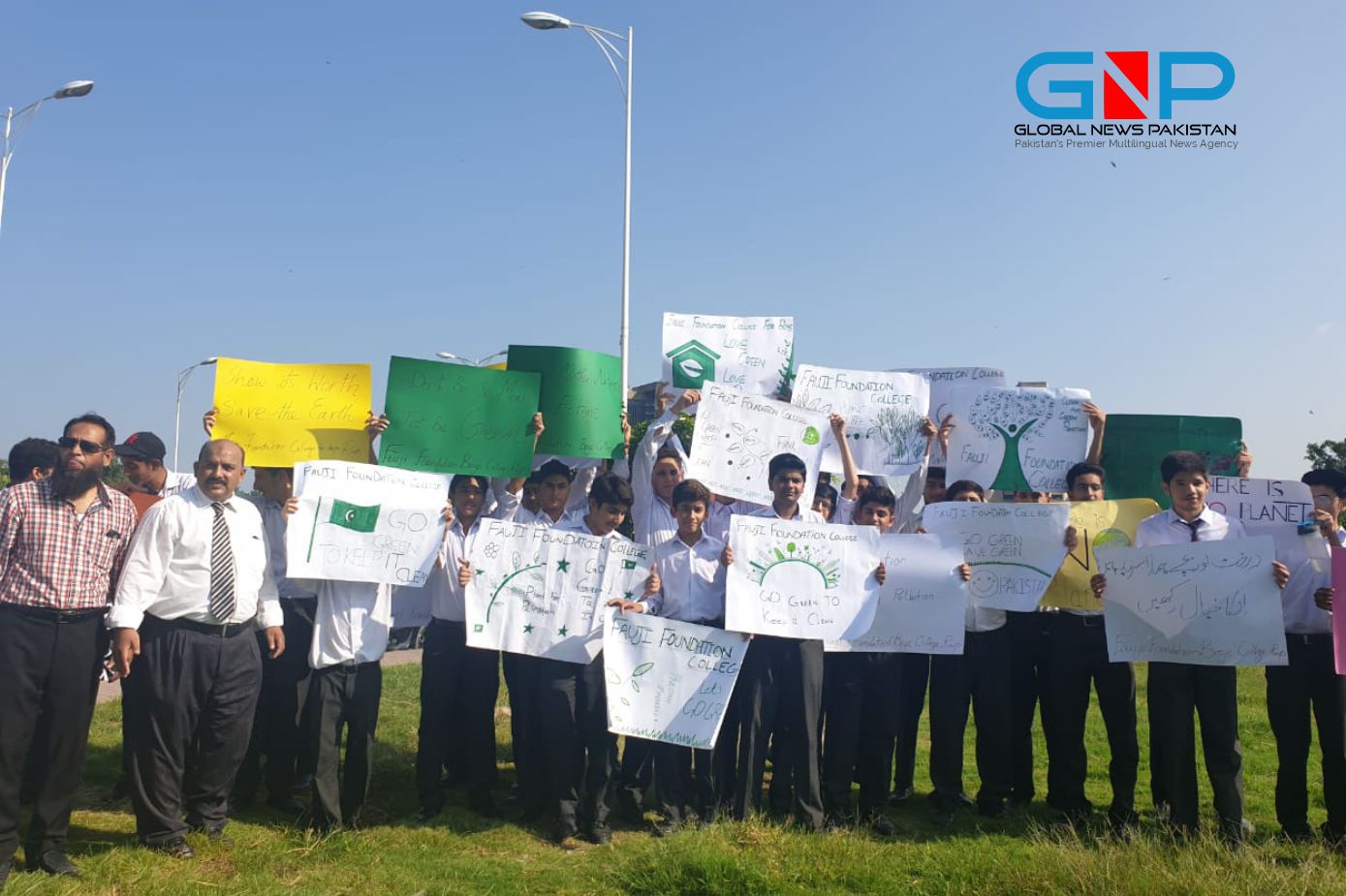 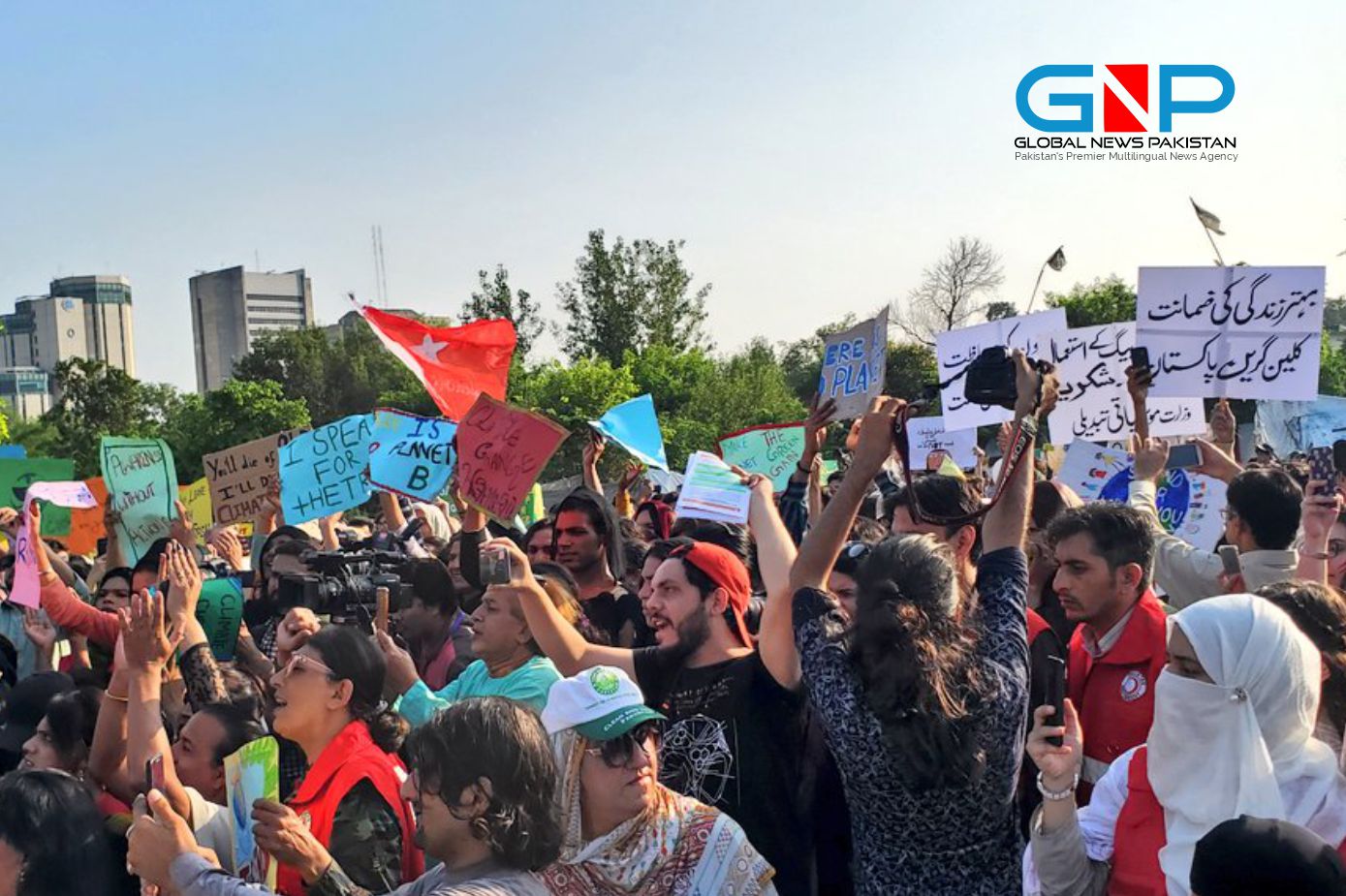 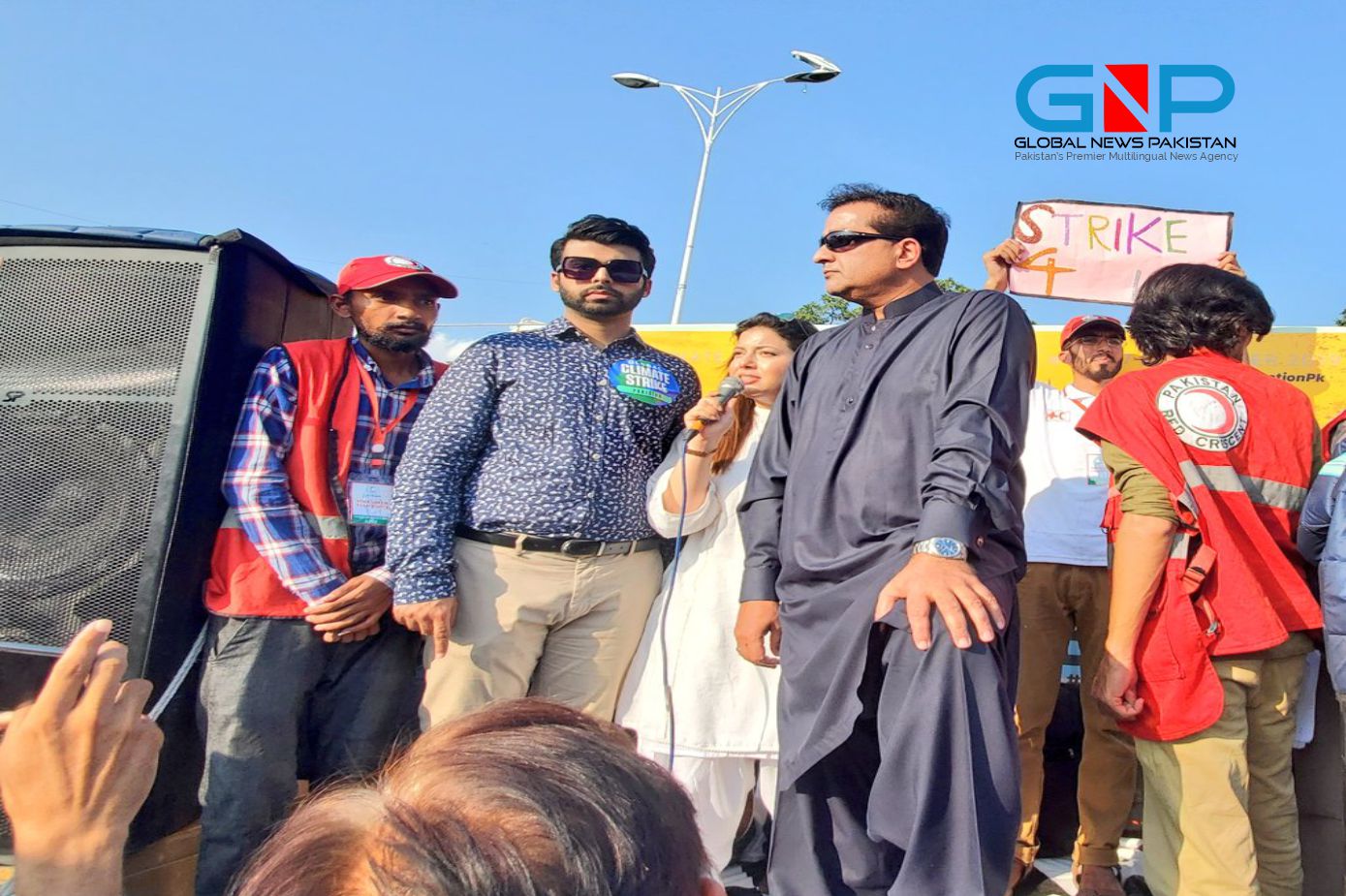 Book on culture and TV artists of 1980s of Peshawar launched