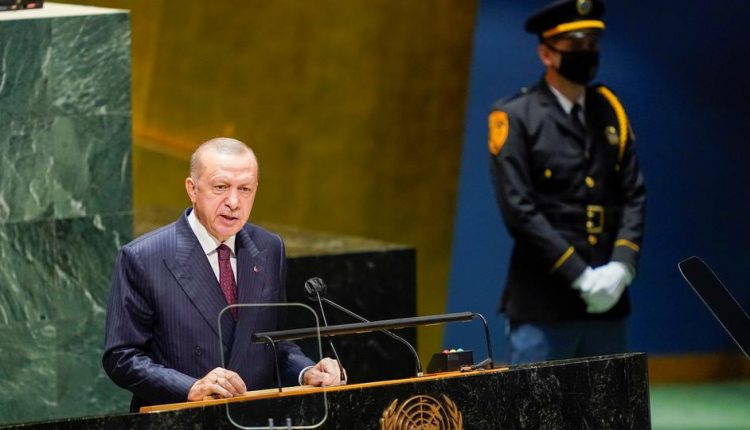 Turkish President Tayyip Erdogan has said that Turkey’s ties with the United States are not healthy and that Washington needed to “sort out” issues over Ankara’s purchase of Russian S-400 defiance systems, said media Reports.

Erdogan said that “Biden has started to supply terror groups [PKK/YPG] with weapons, vehicles, and equipment.

Erdogan said Ankara would meet its defence needs from elsewhere if Washington did not help.

Ties between the NATO allies struck a low point earlier this year when Washington sanctioned Turkey’s defence industry over the S-400s.

It has also expelled Ankara from its F-35 jet programme, where it was a buyer and manufacturer.

Turkey would have to look for alternatives if it could not acquire US F-35 jets over the purchase of the advanced Russian S-400 air-defence system, said Turkish defence minister Hulusi Akar.

Keeping in view that Turkey has improved the diplomatic relations with most of the countries and Turkish President Erodgan has also gained the support of the Turkish people, if we see that in 2016, people had opposed military and they wanted Erodgan and still they want him.