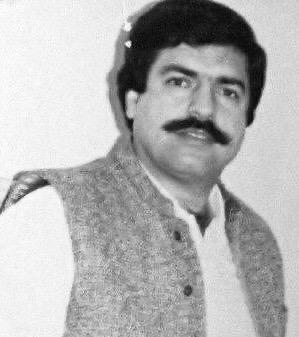 India and United States are strategic allies apart from differences on various issues such as religious extremism and America’s recent concerns over New Delhi’s illegal acts in Jammu and Kashmir. At least in the presence of Bill Clinton, George W Bush, Barack Obama and incumbent President Trump, New Delhi gained many things in strategic and economic domains. With the presence of Man Mohan Singh in India’s helm of affairs, India successfully got the lavish Indo-USA strategic deal in 2005. Pakistan conveyed its concern to Bush administration that it will destroy the balance of power in the region and create arms race in South Asia. But, American administration rejected Pakistani concerns and signed the deal with India. India’s closeness with United States is linked to American pivot in South Asia and especially to contain the rise of China. America doesn’t want China to become the sole hegemon of this region. It policy to contain China is compelling policy makers in Washington to enhance strategic bonding with India.

Incumbent Indian premier Narendra Modi is going all out to forge personal relations with President Donald Trump. To accomplish this objective, Modi visited USA in September last year to attend the annual session of UN’s General Assembly. During his stay in America, Modi invited President Trump to attend his political event in Texas, Houston. President accepted Modi’s request and participated in the event in which he promised to visit India, which he visited later on. For President Trump, the event gave him an upper hand to get the votes of Indian-American in upcoming Presidential elections which are due in November this year. PM Modi raised the slogans in Hindi like “ab ki baar Trump sarkar” (this time Trump government). Modi’s act to invite American leader at political event was widely criticized by Indian opposition parties.

When we talk about trade and economic activities between various states, every state tries to protect its own national interests as said by Realists School of Thought. On economic front, President Trump is proving himself as a Realist President who doesn’t want to compromise on his country’s trade deficit. In that case, he increased tariffs on various Indian products citing unfavourable conditions for America’s economic interests. Indian government tried hard to mitigate their bilateral trade differences but they failed to mend them. Before the Trump’s visit to India in Feburary this year, India used every mean to convince US leader to sign trade pact with New Delhi, but President refused to bow down before Indian demand by saying that “India has been dealing with America in unfavourable way”. He alleged that India has also been misusing American leverages on trade ties and tariffs. In recent past after the outbreak of COVID-19, President Donald Trump asked India to immediately left embargo on the export of anti-Malaria tablet Hydroxy Chloroquine and threatened retaliation in case of not lifting the ban. Within 24 hours after the threatening statement of President Trump, Indian government announced to lift embargo agreed to export anti-malaria pills to America.

In the past Indian leaders pressurized American administrations to act decisively against Pakistan for latter’s failure to eradicate terrorism and extremism from its soil. But, this time India got huge shock when during his speech in Ahmadabad cricket stadium in India, President Trump praised Pakistan’s role and its relationship with Pakistan. Indian opposition parties grilled PM Modi by saying that first time in the Indian history an American President praised Pakistan in front of thousands of Indian people while standing right before them. President Trump’s foreign policy dynamics are agenda driven and completely supported realist argument.

On the other hand, India will have to pay the huge price for its increasing bonhomie with America as Russia doesn’t seems happy with Indian increasing strategic bonds with USA. The Indian pivot towards USA will have lasting effects on its foreign policy which New Delhi claims to be neutral and unbiased. American ingress in Indian political affairs will increase due to the Washington’s arms supply to India. America wants to contain China as I said and India is best possible solution for Washington to accomplish its decade’s old dream.  In current situation, India cannot afford biased foreign policy dynamics. Its tilt towards America will bring Pakistan, Russia and China close to each other to strengthen regionalism.