Regional Conference on Trafficking in Persons and Smuggling of Migrants Inaugurated

Islamabad, 16 September 2019 (GNP): The United Nations Office on Drug and Crime (UNODC), under the framework of the Global Action to Prevent and Address Trafficking in Persons and the Smuggling of Migrants in Asia and the Middle East (GLO.ACT -Asia and the Middle East) Organised a two day (16-17 September 2019) Regional Conference to combat Trafficking in Persons (TIP) and the Smuggling of Migrants  (SOM) at Marriott Hotel Islamabad, Pakistan. 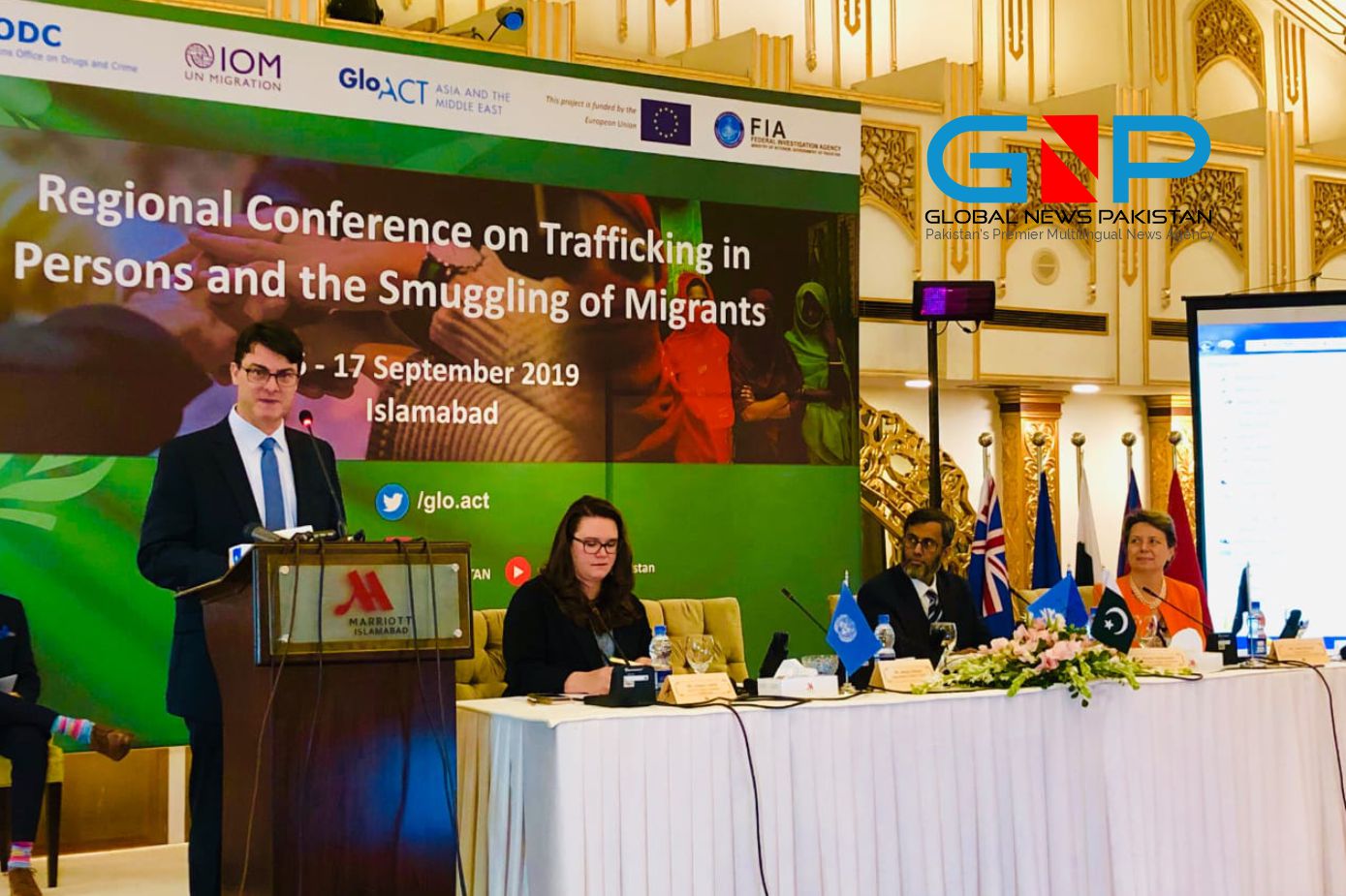 GLO.ACT -Asia and the Middle East is a four year (2018-2022) joint initiative by the European Union (EU) and UNODC implemented in partnership with the International Organization for Migration (IOM) in five countries in the region of Asia and the Middle East including Pakistan.  The projects reaffirm that combating human trafficking and migrant smuggling is of the highest importance for the EU and the United Nations as a whole

Mr. Jeremy Milsom, Representative, UNODC Pakistan welcomed the guests of the conference and informed the audience that, “Increased cooperation among agencies at the local and provincial level has led to an increase in the number of prosecutions and arrest of traffickers and smugglers.  New partners, such as the Pakistan Railways Police, identified during the implementation of GLO.ACT play an important role in controlling internal trafficking issues in Pakistan.

Mr. Ahmed Mukkarram, Additional Director General Immigration, Federal Investigation Agency (FIA) said in his opening remarks, ‘Committed to implementing FIA’s mandate. We have taken concrete steps which include the enactment of laws on Trafficking in Person and Smuggling of Migrants  in May 2018 as well as the significant restructuring of the agency, leading to the establishment of several new anti-human trafficking circles across Pakistan.”

Highlighting the importance of civil society, Ms. Anne Marshal, Charge d’Affair a.i., Delegation of the European Union to Pakistan said, “International Organizations, NGOs, civil society, and relevant agencies should also play their part in supporting national efforts to combat trafficking in human beings and migrant smuggling. The EU stands ready to continue its unwavering support to these efforts, which have been exemplified through the truly outstanding work carried out by GLO.ACT and its partner countries and the considerable progress which has been and will be made in eradicating and preventing these crimes.” 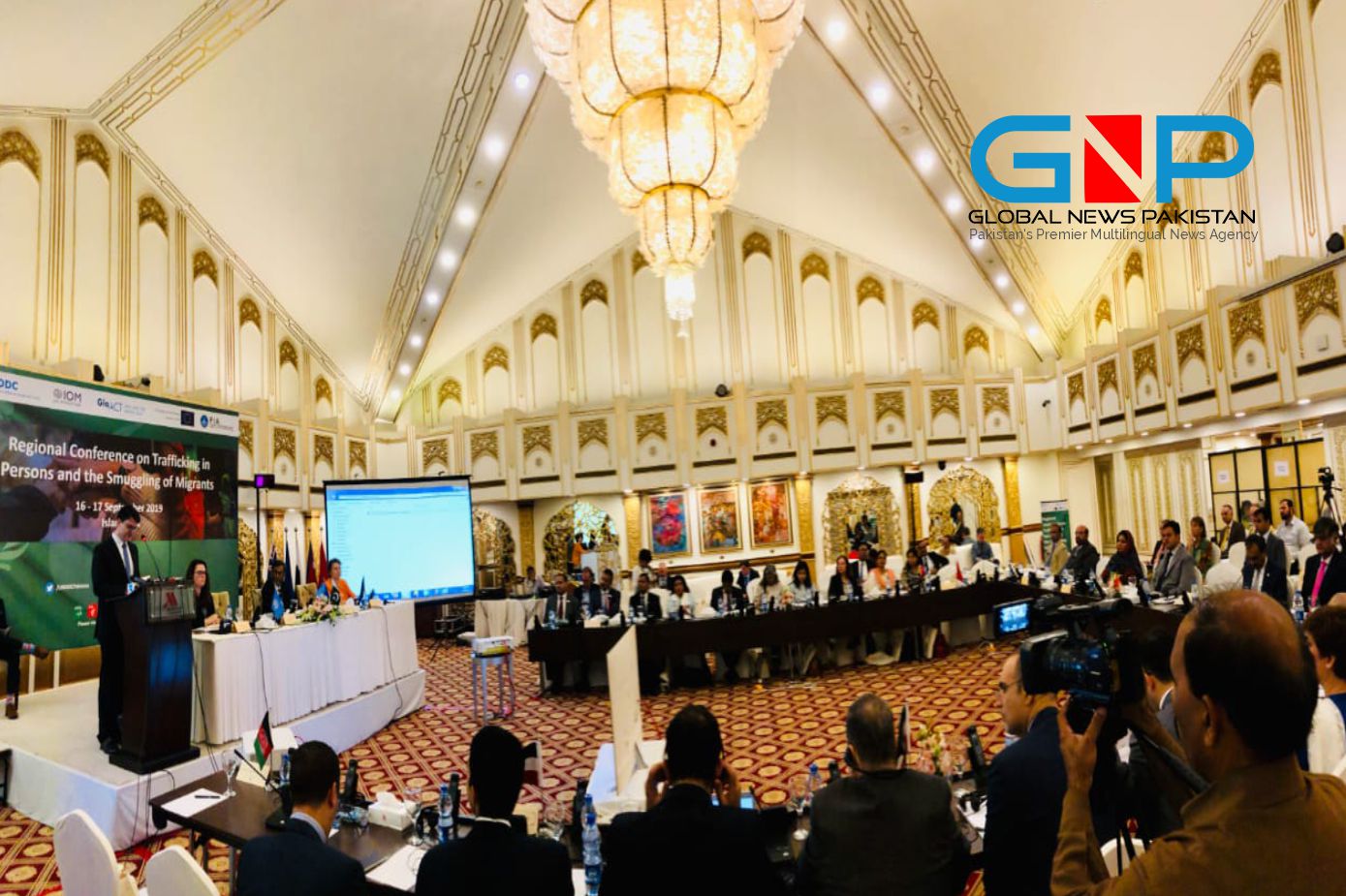 Delegations  from Afghanistan, Egypt, the Islamic Republic of Iran, Iraq, Morocco, and Nepal traveled to Pakistan to attend the regional conference. Representatives from several embassies and high commissions, UN Agencies, International/national Organizations, civil society, private corporations and senior government officials from the provincial police departments, Pakistan Railways Policy, provincial line departments, academia and media participated to reiterate their commitment towards combatting trafficking in persons and smuggling of migrants. This conference is made possible with the financial support of the European Union. GNP 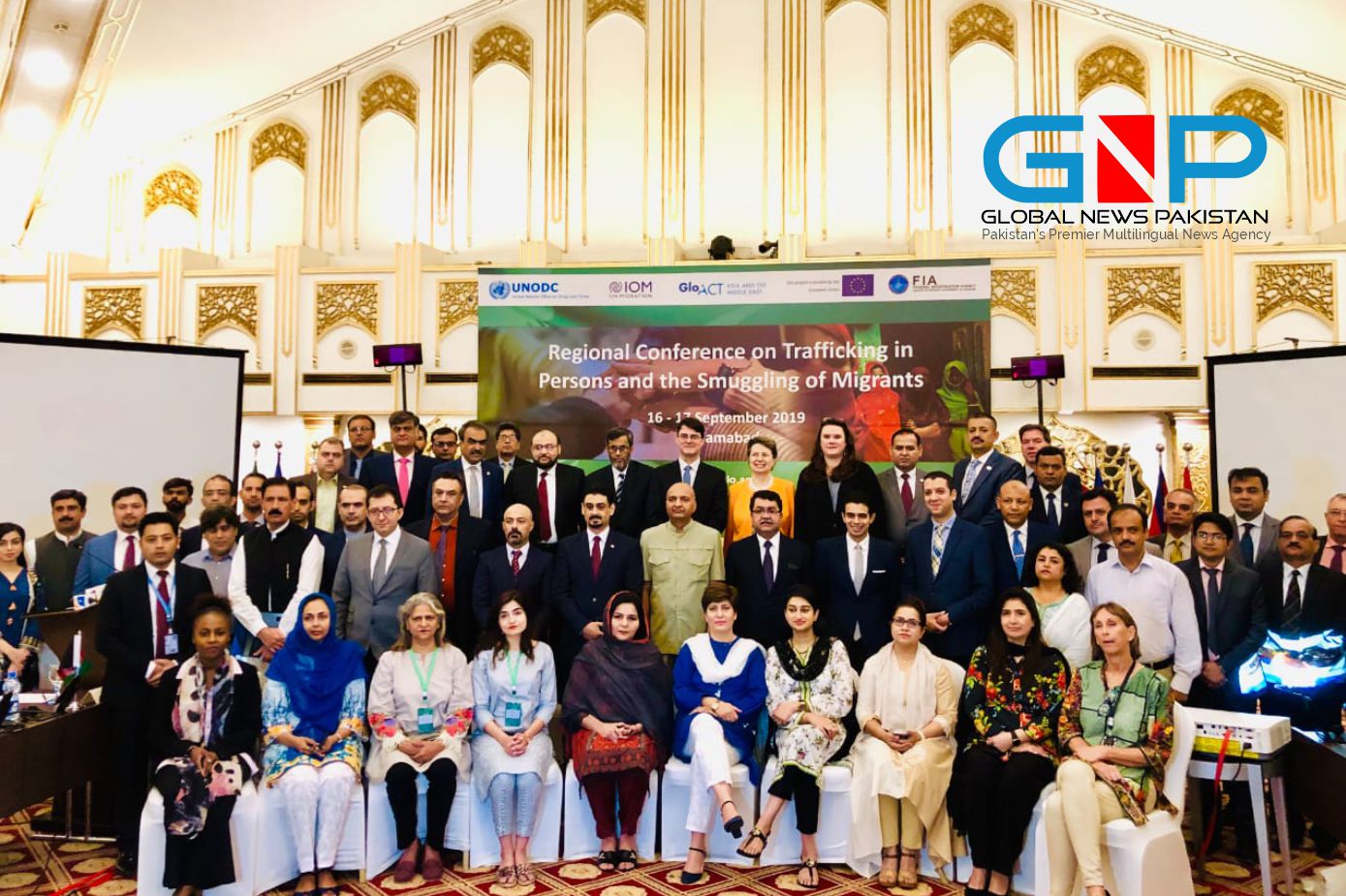 Regional Conference on Trafficking in Persons and Smuggling of Migrants