Dr. Minhaj us Siraj, Deputy Director General (Health), Tobacco Control Cell, Ministry of National Health Services, Regulations and Coordination said the tobacco industry only interested in maximising their profit while playing with the lives of our young generation. He said the industry is so powerful that they influence our policies significantly. Even they are successful in delaying cases in courts at domestic and international level, he added. “The case of Graphic Health Warning (GHW) in Islamabad High Court (IHC), which is pending for last almost 5 years, is classic example of tobacco industry’s delaying tactics”, he lamented adding all segment of the society will have to fight together to help save the lives of our future generation from this menace and should strive for tobacco free generation.

Faraz Ahmed, Associate coordinator, Coalition for Tobacco Control-Pakistan (CTC-Pak) said there around 1.3 million people employed in the tobacco industry and we need to seriously think about a viable alternatives for those who are associated with this industry for their livelihoods. He said plain packaging is a wonderful idea to keep away our young generation from smoking of tobacco products.

Shaikh Faqeer Muhammad, Director Division of Controlled Drugs, Drug Regulatory Authority of Pakistan (DRAP) said since tobacco does not come under the ambit of drugs, therefore DRAP has no direct role in regulating the tobacco products. However, on treatment side, DRAP can only register and regulate those drugs which are meant to use as treatment of tobacco related diseases.  He said raising awareness among our youth about the dire consequences of smoking tobacco products is direly needed to prevent them from dreadful diseases such as cancer. Speaking on the occasion, Mazhar Sheikh, Director Admin, National Institute of Health (NIH) also extended his organization full support in all efforts to control tobacco usage. He stressed the need for strong advocacy by partnering with media and civil society for raising awareness and putting pressure on the government for effective legislation and implementation.

Syed Ali Wasif Naqvi, Project Associate, SDPI while moderating the seminar said that though Pakistan is a signatory to Framework Convention on Tobacco Control (FCTC) since 2004 and the government has issued multiple Statutory Regulatory Orders (SROs) and made laws targeting the smoking spaces, ban on advertisement and Graphic Health Warnings (GHW), but the major problems in lack of implementation. Promulgation of robust tobacco control laws, excessive tobacco industry influence resulting into massive tax evasion, lack of Tobacco Control knowledge and capacity among the legislators are among other major challenges, he added. (GNP) 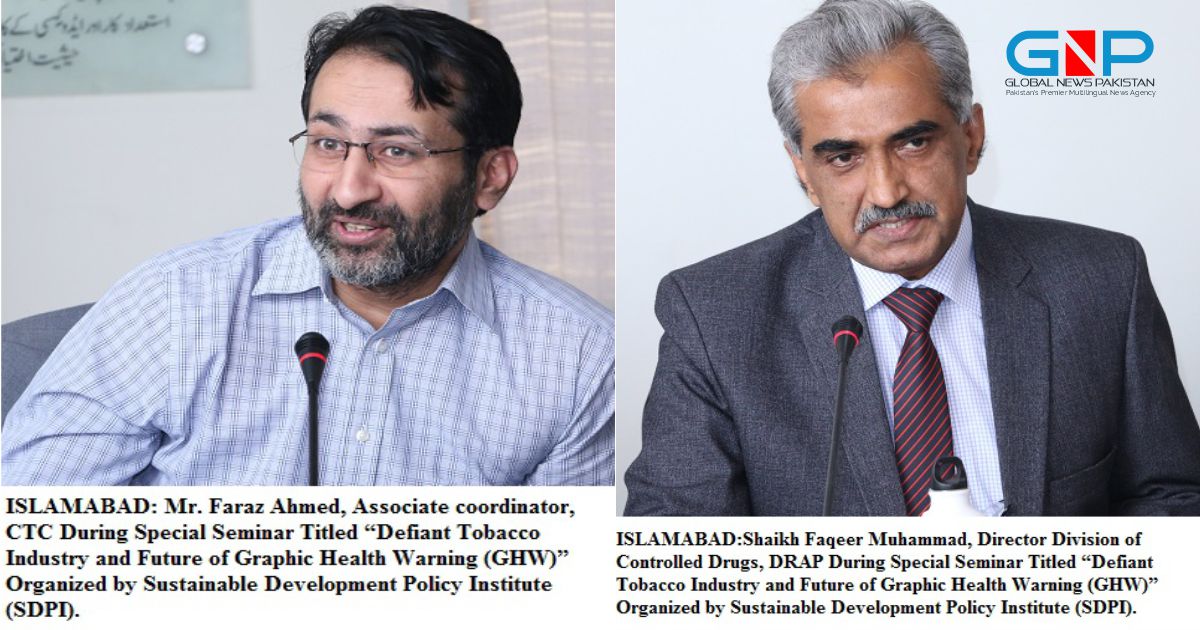 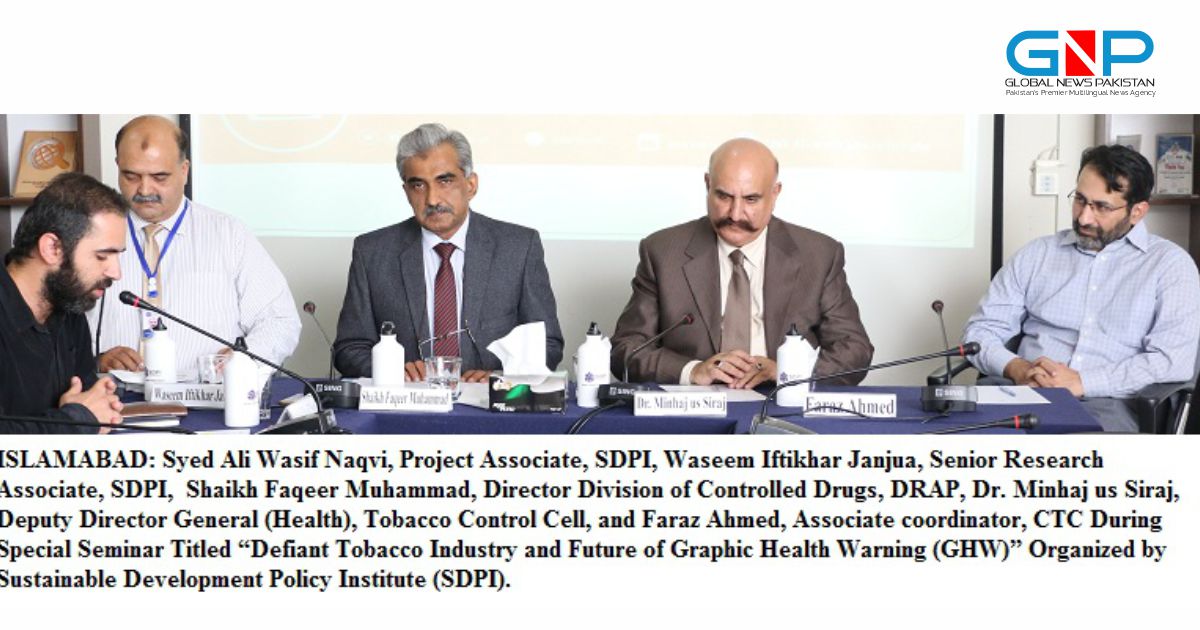 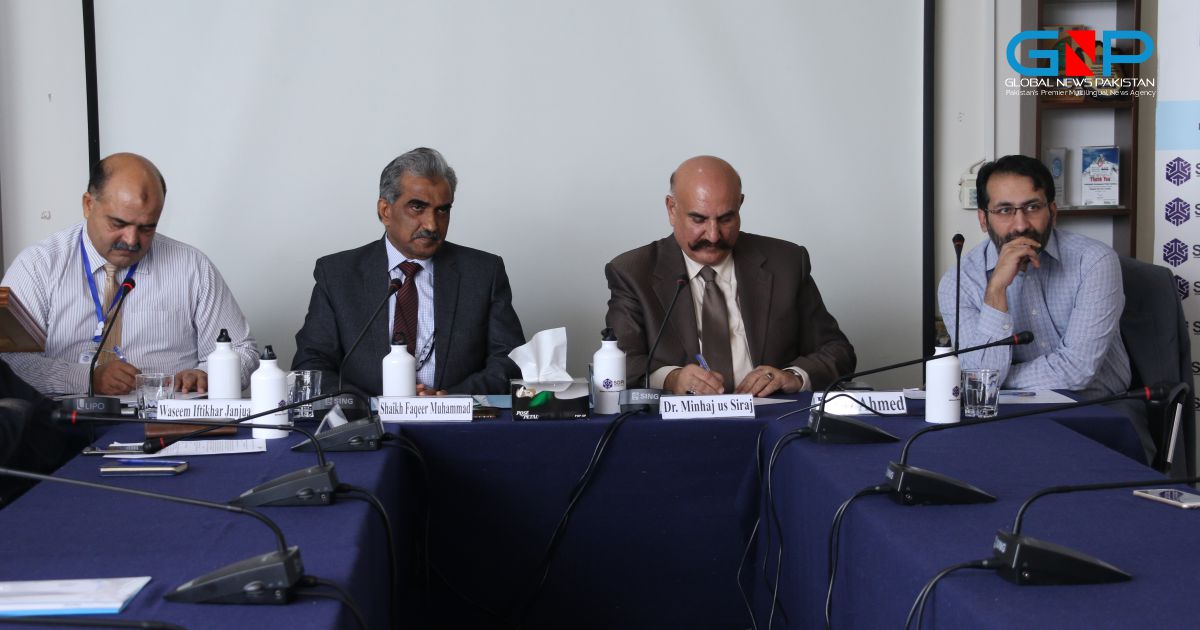