Journalism Is Not A Crime? Well, in Indian Occupied Kashmir, it is.

Freedom of Press – the fourth pillar of democracy – sounds powerful. However, in the last few years, it has become more and more dangerous to be a journalist in India. A report called ‘Getting Away with Murder’ by journalists Geeta Seshu and Urvashi Sarkar on attacks on journalists in the last five years has some grim findings. The research was funded by Thakur Foundation, which works in areas including public health, right to information, and civil liberties.  At least 198 serious attacks were recorded on reporters between 2014 to 2019, and of these, 36 happened in 2019 alone. Six of these are fairly recent, having happened during the protests over the Citizenship Amendment Act.

In 40 of these, journalists were killed – 21 of them were confirmed to be related to their journalistic work. The researchers chose 63 cases in all to follow up on – where scribes were found to have been attacked for their investigative work – and found a near-zero conviction rate. “Of the 63 cases studied, FIRs were lodged in only 25 cases. In 18 of these, the case hasn’t progressed beyond registering of the FIR. Chargesheets were filed in three cases but the process stalled thereafter. In only four cases, a trial has commenced.”

The report also highlights attacks on women journalists – they were found to be the targets of “relentless online harassment” as well, apart from “brutal” offline targeting in the field. Examples: Gauri Lankesh’s murder in a residential area in Bengaluru in 2017, a petrol bomb attack carried out at the home of Shillong Times editor Patrician Mukhim, journalists Sandhya Ravishankar and M Suchitra attacked in Chennai while covering illegal mining, to name a few.

Journalists were found to be particularly vulnerable in conflict zones, such as Kashmir, and Bastar in Chhattisgarh – not just from being caught in the crossfire, but also from law enforcement officials. In 2017, at least 14 journalists were arrested by Chhattisgarh government on various charges. And this report highlights the challenges such as information lockdown and intimidation being faced by journalists in Kashmir. 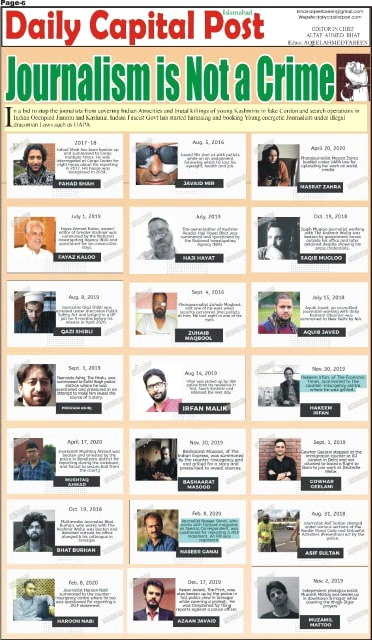 Further, there seems to be no official record or data when it comes to attacks on journalists. The study’s sources were a Rajya Sabha response, National Human Rights Commission (NHRC) data, Press Council of India (PCI), news reports, and so on. 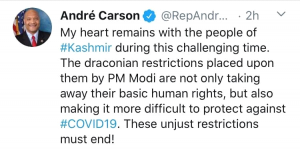 Despite India’s claims of being the democratic state, journalists has no freedom to even exist even in peaceful parts of india, let alone the conflicted and a war-zone area like Kashmir. World needs to see this basic human right violation on such a massive scale happending in a state having world’s second largest population.

In India, we have seen how journalists are increasingly being targeted – the last year alone saw 12 journalists being killed. We in India are proud of the constitutional guarantees of freedom of speech – yet, the country now ranks 136th among 180 countries in the World Press Freedom Index, behind even its neighbours.

To focus on this critical issue, the United Nations has declared November 2 as the International Day to End Impunity for Crimes Against Journalists. This is an effort to “make the perpetrators understand that their crimes will not remain unpunished, that 1000 journalists will rise when one will fall…”

Indian Military Spending and its Economy