Radio brings people together. In an era of rapid media evolution, radio retains a special place in every community as an accessible source of vital news and information. But radio is also a source of innovation that pioneered interaction with audiences and user-generated content decades before they became mainstream. Radio offers a wonderful display of diversity in its formats, in its languages, and among radio professionals themselves. This sends an important message to the world. As we strive to
achieve the Sustainable Development Goals and tackle the climate crisis, radio has a key role to play as a source of information and inspiration alike.

On this World Radio Day, let us recognize the enduring power of
radio to promote diversity and help build a more peaceful and inclusive world.
António Guterres 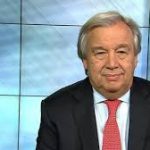 Radio is a powerful medium for celebrating humanity in all its diversity and constitutes a platform for democratic discourse. At the global level, radio remains the most widely consumed medium. This unique ability to reach out the widest audience means radio can shape a society’s experience of diversity, stand as an arena for all voices to speak out, be represented and heard. Radio stations should serve diverse communities, offering a wide variety of programs, viewpoints and content, and reflect the diversity of audiences in their organizations and operations

UNESCO’s Executive Board recommended to the General Conference the proclamation of World Radio Day, on the basis of a wide consultation process, carried out by UNESCO in 2011, further to a proposal from Spain. The leader of the project, the Academia Española de la Radio, received support for the proposal from diverse stakeholders, including major international broadcasters and broadcasting unions and associations. 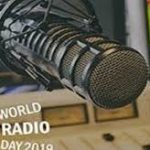 The objectives of the Day are to raise greater awareness among the public and the media of the importance of radio; to encourage decision makers to establish and provide access to information through radio; as well as to enhance networking and international cooperation among broadcasters.