We the Peoples, We the Arts 2019’ winners announced

17 September, Islamabad (GNP): A jury comprising national and international art experts announced the winners of ‘We the Peoples, We the Arts 2019’ competition at an award ceremony held at the Pakistan National Council of the Arts (PNCA) in Islamabad on Thursday.
Jointly organized by the Embassy of Switzerland and PNCA, ‘We the Peoples, We the Arts’ is an art competition aimed at promoting young artists and highlighting the United Nations’ 17 Sustainable Development Goals (SDGs).
Gender equality, poverty, education, environment, peace and justice were recurrent themes of the 221 artworks received in June. In July, a first round of jury selected 34 finalists. The final jury selected five winner from among the finalists. The winners and finalists were awarded cash prizes, certificates and other gifts at the award ceremony. 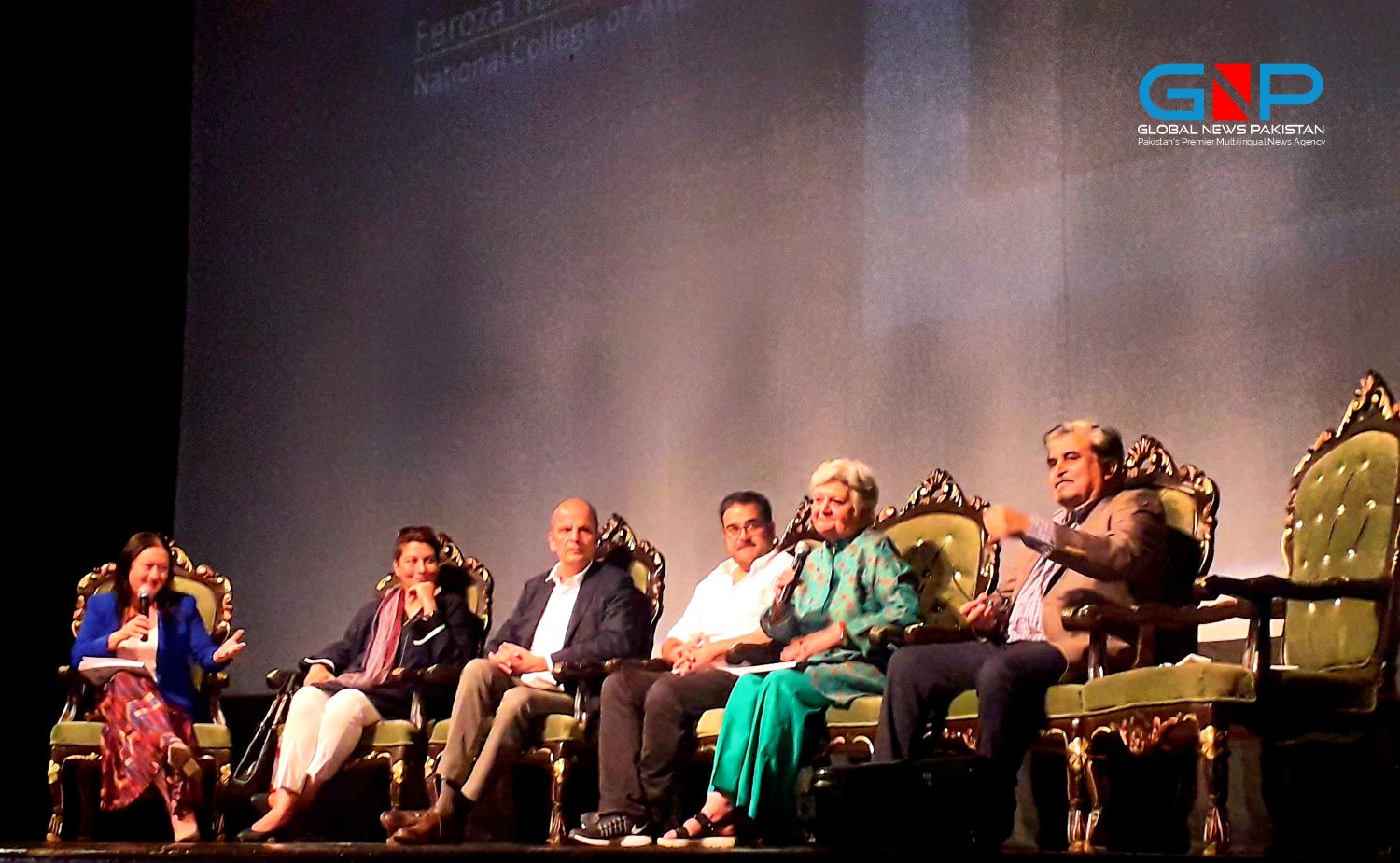 The winners include Islamabad’s Sayera Anwar, who is studying at Beaconhouse National University, Lahore; Lahore’s Raffia Azher, who is studying at Kinnaird College for Women, Lahore; Quetta’s Athar Raza, who is studying at Institute for Art and Culture, Lahore; Hyderabad’s Qiraat Soomro, who is studying at National College of Arts, Rawalpindi; and Lahore’s Ali Arshad, who is studying at Beaconhouse National University, Lahore.
In addition, the jury highly commended the works of Lahore’s Bismah Hayat, who is studying at the National College of Arts, Lahore, and Bahawalpur’s Yumna Qamar, who is studying at the University College of Art & Design, Islamia University Bahawalpur.
All the finalists were invited to Islamabad where they got a chance to participate in mentoring sessions with international jury members and engage with diplomats, government officials and the wider art community. The artwork of the 34 finalists is featured in a high quality catalogue and is exhibited at PNCA until the end of September.
The award ceremony was preceded by a panel discussion with jury members in which they discussed contemporary approaches to art in Pakistan in the context of this competition.
The jury comprised Alexie Glass-Kantor, Curator, Art Basel Hong Kong and Director Art Space Sydney Australia; Amna Pataudi, Executive Director of PNCA; Bernhard Furger, Deputy Head of Mission Embassy of Switzerland; Giovanni Carmine, Director Kunst Halle Sankt Gallen and Curator, Unlimited Sector, Art Basel, Switzerland; Hurmat Ul Ain, Artist and Art Educationist; Jamal Shah, Director General Pakistan PNCA; Priyanka Mathew, Principal Partner at Sunderlande New York; Salima Hashmi, Artist, Curator, Author and former Principal National College of Arts Lahore and former Dean at Beaconhouse National University.
Aasim Akhtar, Artist, Art Critic and Independent Curator and Cecilia Canziani, Academic Advisor and Adjunct Faculty, American University of Rome were part of the first round of jury along with Ms. Glass-Kantor, Mr. Furger and Ms Pataudi.
The first edition of ‘We the Peoples, We the Arts’ was held in 2016 and invited artwork on SDG 2, Zero Hunger. In the second edition in 2018, the theme was expanded to include all the SDGs. In the current edition, students aged 18 and above, enrolled in accredited Pakistani colleges and universities, were invited to submit artwork ranging from sculpture and miniature painting to mixed media and video.
Speaking on the occasion, Ambassador of Switzerland to Pakistan Thomas Kolly said, “Over the course of three editions, ‘We the Peoples We the Arts’ has become a recognisable brand and sustained a cohort of young artists from all over Pakistan. In return, the Embassy of Switzerland had the privilege of engaging with Pakistani artists, art institutions and their work. We built linkages that we will continue to nurture in the future as well.”
Director General of Pakistan National Council of the Arts Jamal Shah said, “’We the Peoples, we the Arts’ has become a relevant platform for emerging artists and PNCA is proud to be a part of this much needed initiative.” (GNP)

Will Smith will return as Genie in Aladdin’s sequel