The plenary session of the High-level Conference on Afghanistan, which is being held online in Geneva, took place today, Trend reports citing Embassy of Turkmenistan in Baku.

(GNP): During the plenary session of the High-level Conference on Afghanistan, the heads of foreign affairs agencies of dozens of countries of the world, including Russia, Iran, Switzerland, the USA, as well as the representatives of the UN and its divisions, the European Union and other multilateral structures gave speeches. The event was marked by the addresses of the President of the Islamic Republic of Afghanistan Mohammad Ashraf Ghani and the Secretary-General of the United Nations António Guterres. 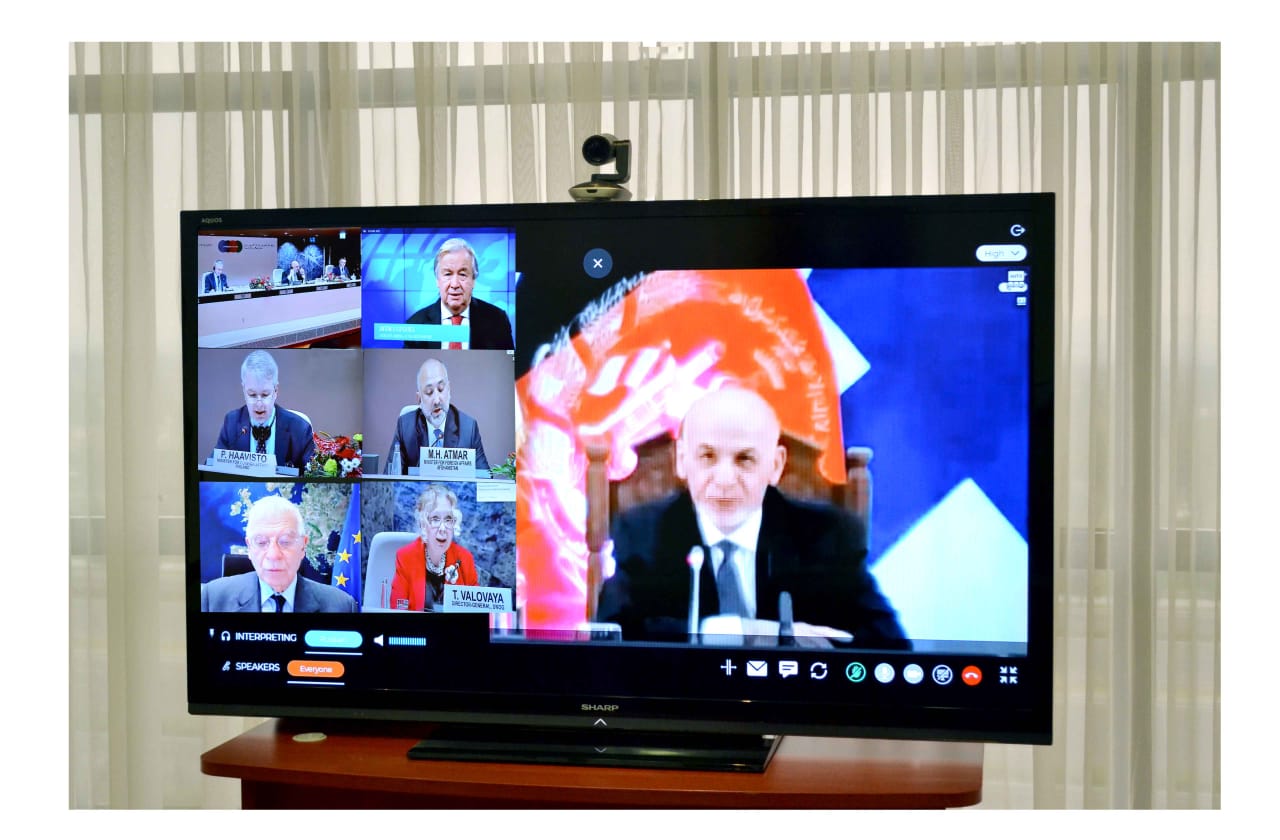 The participants of the meeting discussed issues of cooperation between the Government of Afghanistan and the international community in achieving common interests: sustainable development, prosperity and peace in Afghanistan. In particular, the development vectors for 2021-2024, partnership coordination, as well as financial support for the Afghan administration were considered. The focus is on the development of a common political statement and financial mechanism for the economic development of this country.
Speaking at the event, the Minister of Foreign Affairs of Turkmenistan R. Meredov outlined the position and actions of Turkmenistan aimed at supporting the process of establishing sustainable peace in Afghanistan, including its involvement in the global economy.
It was especially emphasized that Turkmenistan is convinced of the need to involve diplomatic and political mechanisms in achieving peace in Afghanistan, which is a solid foundation for the country’s socio-economic development.
As an example, R. Meredov cited a number of initiatives of the Government of Turkmenistan aimed at supporting fraternal Afghanistan. This includes the expansion of humanitarian cooperation, and the development and implementation of large regional and international infrastructure projects in the field of energy, transport, communications and much more.
At this meeting, it was noted that Turkmenistan intends to continue to provide assistance to Afghanistan and its people.

Presentation of Credentials by H.E. Mr. Sajjad Haider Khan to H.E. Mr. Alexander Lukashenko, President of the Republic of Belarus