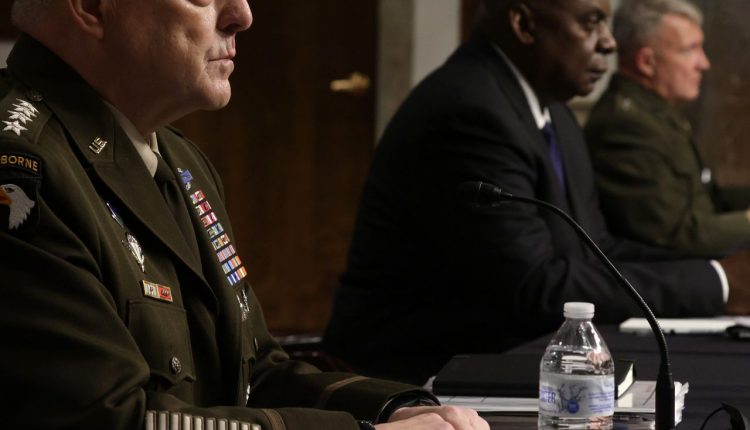 Top US generals tell Senate committee they personally advised keeping 2,500 American troops in Afghanistan to bolster Ghani’s embattled government, contradicting President Biden, who maintains no military chief, advised him in favor of it.

Top American generals have said they recommended keeping several thousand US troops in Afghanistan, contradicting President Joe Biden who said last month that no one suggested he leave military personnel in the country.

I recommended that we maintain 2,500 troops in Afghanistan. And I also recommended earlier in the fall of 2020 that we will maintain 4,500 of that time, those are my personal views,” said CENTCOM Commander General Frank McKenzie.

I also had a view that the withdrawal of those forces would lead inevitably to the collapse of the Afghan military forces, and eventually the Afghan government,” McKenzie told a Senate hearing on the Afghanistan withdrawal.

He was flanked by Defense Secretary Lloyd Austin and Chairman of the Joint Chiefs of Staff General Mark Miley.

In August, Biden said in an interview with ABC News’ George Stephanopoulos that no military leader advised him to leave a small troop presence in Afghanistan. So no one told your military advisors did not tell you, no one should just keep 2,500 troops.

It’s been a stable situation for the last several years. We can do that. We can continue to do that”? Stephanopoulos asked Biden on August 18.

16 kilos of gold detected at BIA