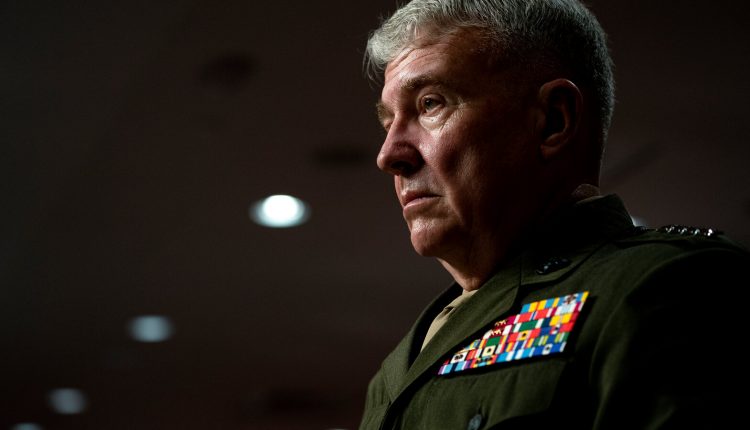 There is “a real possibility” that al Qaeda or ISIS could reconstitute in Afghanistan in the next six to 36 months, US chairman of the Joint Chiefs General Mark Miley said.

According to details the Top US general was giving a briefing to Senate Committee on Armed Forces, he said that ISIS and Al- Qaeda leaders and workers want to unite and operate terrorist’s activities in Afghanistan.

That “right this minute” the terrorist threat from Afghanistan is smaller than it was on 9/11, but that “the conditions could be set for reconstitution of al Qaeda and/or ISIS, said Miley.

Miley said there is a possibility of reconstitution of terror groups in Afghanistan in the not too distant future– 6, 12, 18, 24, 36 months that kind of timeframe– for reconstitution of al Qaeda or ISIS and it’s our job now, you know, under different conditions”.

“But it’s our job to continue to protect the American citizens against attacks from Afghanistan,” he added.

Secretary of Defense Lloyd Austin said that Al Qaeda has been degraded over time and now, terrorist organizations seek ungoverned spaces so that they can train and equip and thrive.

There is clearly a possibility that that can happen here, going forward.

“The top military officials have appeared first time before the Senate after the Afghanistan pullout.

Opinion: Imran Khan: Don’t blame Pakistan for the outcome of the war in Afghanistan