TAPI is an important project for the region, Ehsan Ullah Tiwana 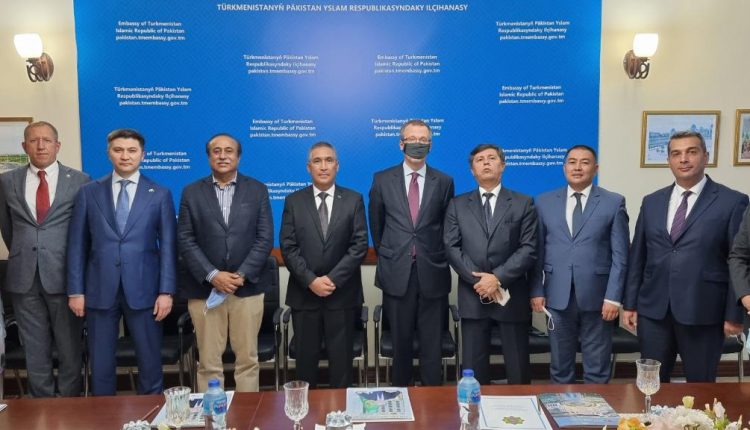 Islamabad, 15 September 2021 Turkmenistan-Afghanistan-Pakistan-India (TAPI) is an important project for the region destined to create peace, prosperity, and development in the region. These were the remarks by Eshan Ullah Tiwana, Chairman, National Assembly Standing Committee on Foreign Affairs while speaking during the event “ 30th Anniversary of Independent Turkmenistan and Cooperation with Pakistan”  hosted by the Embassy of Turkmenistan to Pakistan.

The event was attended by the Ambassador of Azerbaijan, Belarus, Kazakhstan, Kyrgyzstan, Uzbekistan, and the Russian Federation, President and CEO of Diplomatic Insight Group. Ambassador of Turkmenistan to Pakistan Atadjan Movlamov presented a comprehensive insight into Turkmenistan and progress made in diverse sectors over the past three decades.

Ambassador while highlighting the relations with Pakistan said that Pakistan and Turkmenistan are bonded with strong linkages of support at the regional and international levels. He said that there are many important areas where Pakistan and Turkmenistan build stronger ties including business, energy, education, and people-to-people ties.  The Ambassador of Turkmenistan gave an insightful presentation on the TAPI gas pipeline, which will bring more peace, stability and economic development to the region and Pakistan particularly.

Ehsan Ullah Tiwana, Chairman National Assembly Standing Committee on Foreign Affairs, in his remarks said that Pakistan values its stronger ties with Turkmenistan. He has appreciated the visionary leadership of Gurbanguly Berdymukhamedov, President of Turkmenistan for making the friendship between Pakistan and Turkmenistan build on solid footings. Ehsan Ullah Tiwana said that the TAPI gas pipeline is an important project and Pakistan is supporting this project fully.