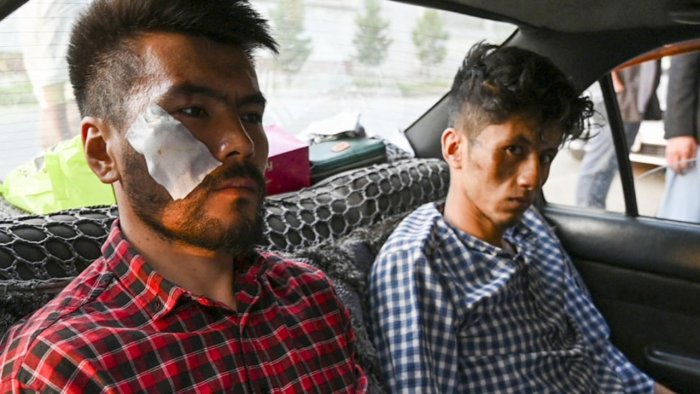 Two Afghan journalists were beaten in Police custody this week. Founder and Editor of the News Paper, Etillat Zaki Daryabi has confirmed the sad incident.

He added those two journalists were covering the protests of the Women in Kabul, Police arrested them on the directives of the Taliban.

The Editor has shared the images of those two male journalists on social media, in which they could be seen, their bodies have been wounded, and their faces show the stigma of injuries. When asked by one of the members of the Taliban, who said that the incident would be investigated.

We do not want such things. Now that member is part of the government, who has given statement for investigation regarding the beating of those journalists.

The Editor further added the ongoing situation in Afghanistan are uncertain, the journalists are worried, what would happen, that if such kinds of things happen in future, said Zaki Daryabi.

Keeping in view that before the announcement of government Taliban was convincing the people and to the World also, that we would bring peace and prosperity and there would be justice, so that was the justice, who did with the two innocent journalists.

As Ayesha Tanzeem, Burau Chief VOA had said in one of his interviews, because she was in Kabul that the people were feeling in a state of desperation, her story became true when even the Afghan journalists were brutally beaten by the police.

Biden Speaks with XI Jin Ping to after 7 months.