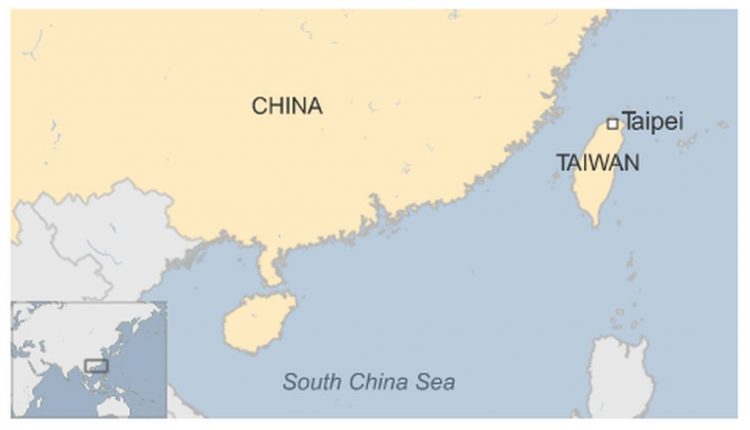 Taiwan on Thursday accused China of “bullying” after Beijing sent a total of 24 warplanes into its air defense identification zone (ADIZ).

The People’s Liberation Army (PLA) aircraft, including bombers, fighter jets, anti-submarine planes and airborne early warning and control planes, entered Taiwan’s ADIZ in two groups one of 19 planes and the second cohort of five jets that came later in the day.

A map released by Taiwan’s Defense Ministry showed some Chinese aircraft, including H-6 bombers, flying around the southern part of Taiwan, and angling up to the island’s east.

The incursions did not violate Taiwan’s sovereign airspace, which extends 12 nautical miles from its coast.

The US Federal Aviation Administration defines an ADIZ as “a designated area of airspace over land or water within which a country requires the immediate and positive identification, location and air traffic control of aircraft in the interest of the country’s national security.”

The air incursions came a day after Taiwan officially submitted an application to join the Comprehensive and Progressive Agreement for Trans-Pacific Partnership (CPTPP) free-trade pact.

We firmly oppose official exchanges between any country and the Taiwan region, and firmly oppose Taiwan’s accession to any agreement or organization of an official nature,” ministry spokesman Zhao Lijian said.

Taiwan and mainland China have been governed separately since the end of a civil war more than seven decades ago, in which the defeated Nationalists fled to Taipei.

However, Beijing views Taiwan as an inseparable part of its territory — even though the Chinese Communist Party has never governed the democratic island of about 24 million people.