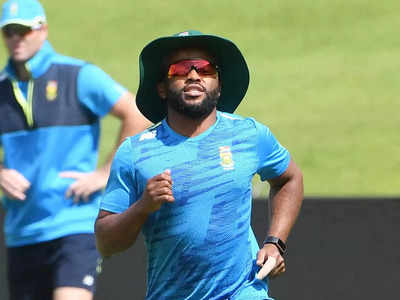 Sri Lanka’s cricketers and Board has started preparation for the T-20 World Cup.

Following the group training, there will be full squad training stimulating match situations and after ten days of practices in Colombo, the team will leave for Oman where they will play two T-20 Internationals.

Former captain Kusal Janith Perera, who sustained a hamstring injury during the South Africa series and was doubtful for the World Cup .

KJP was axed as captain after just two tours and he missed the home series against India with a shoulder injury.

He then tested positive for COVID and missed the ODI leg of the South Africa series and hurt his hamstring during the last T-20 International against the Protease.

Sri Lanka is slotted alongside Namibia, Netherlands and Ireland in the qualifying round and need to win two of those games to qualify.

The games against Namibia and Netherlands would be played in Abu Dhabi while the crunch game against Ireland will take place in Sharjah.

While Namibia and Netherlands do not pose much of a threat, Ireland can challenge Sri Lanka given all the troubles they have had in T-20 cricket in recent years.

Apart from the squad of 15 players, the ICC allows four travelling reserves to be with the squad in case of replacements are needed in these uncertain times.

Sri Lanka is also carrying five additional players at the board’s cost so that they will not be caught off guard in case of an emergency.