Speaking at the seminar, Ambassador Imtiaz Ahmad welcomed the audience

Tokyo February 14, 2020 (GNP) : A seminar on “Technical Intern Training Programme (TITP) with the collaboration of Japan International Training Cooperation Organization (JITCO) was held in the Japan Embassy. A large number of Japanese companies / receiving organizations along with the delegates of JITCO and representatives from NUTECH, Pakistan were in attendance. 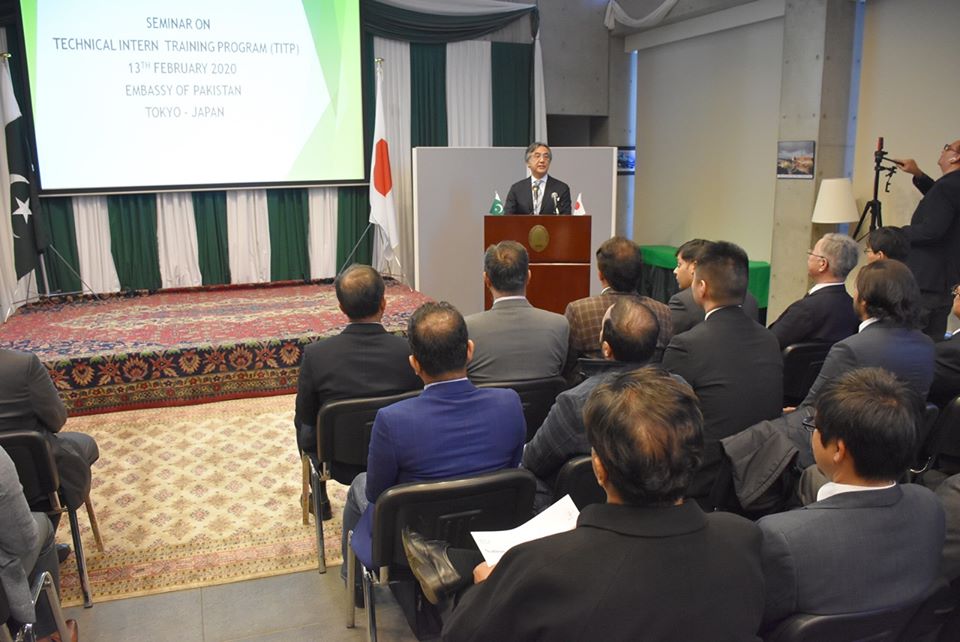 Speaking at the seminar, Ambassador Imtiaz Ahmad welcomed the audience and said that this event marks a very important step in the bilateral relationship between Japan and Pakistan as the two countries have been great friends with economic cooperation being the main driver of the relationship. He added that Pakistan values Japan as one of its main economic partner and the people of Pakistan hold Japanese people in high esteem. He also referred to the initiatives of Government of Pakistan regarding human resource development and Japan’s cooperation to this cause. The Ambassador underscored that the recent signing of MOCs on TITP and Specified Skilled Worker (SSW) is a milestone in bringing the Pakistani work force to Japan. The Ambassador gave a presentation on the potential of Pakistan’s labor market and the status of its emerging economy. He further stressed that such arrangements would help to reduce the deficit of workforce in Japan and both countries would benefit. The Ambassador also appreciated the support of JITCO and hoped that the cooperation would continue in future to make the process a complete success. The Senior Vice President of JITCO, Mr. Matsutomi also expressed the desire to make the process beneficial for both the countries and making it a significant step in strengthening the bilateral relations between the two countries. (GNP)