Pedalling for action on climate change 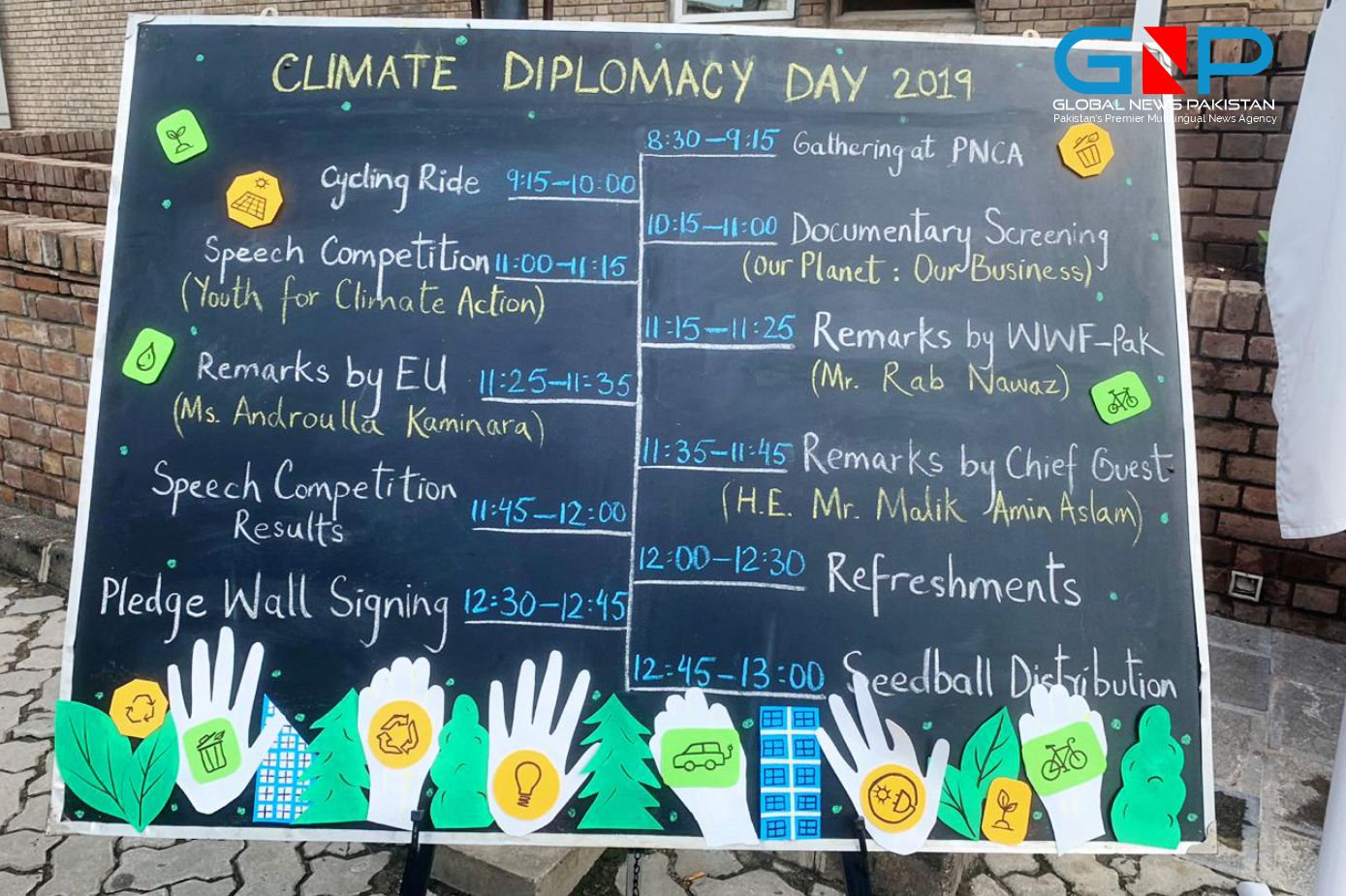 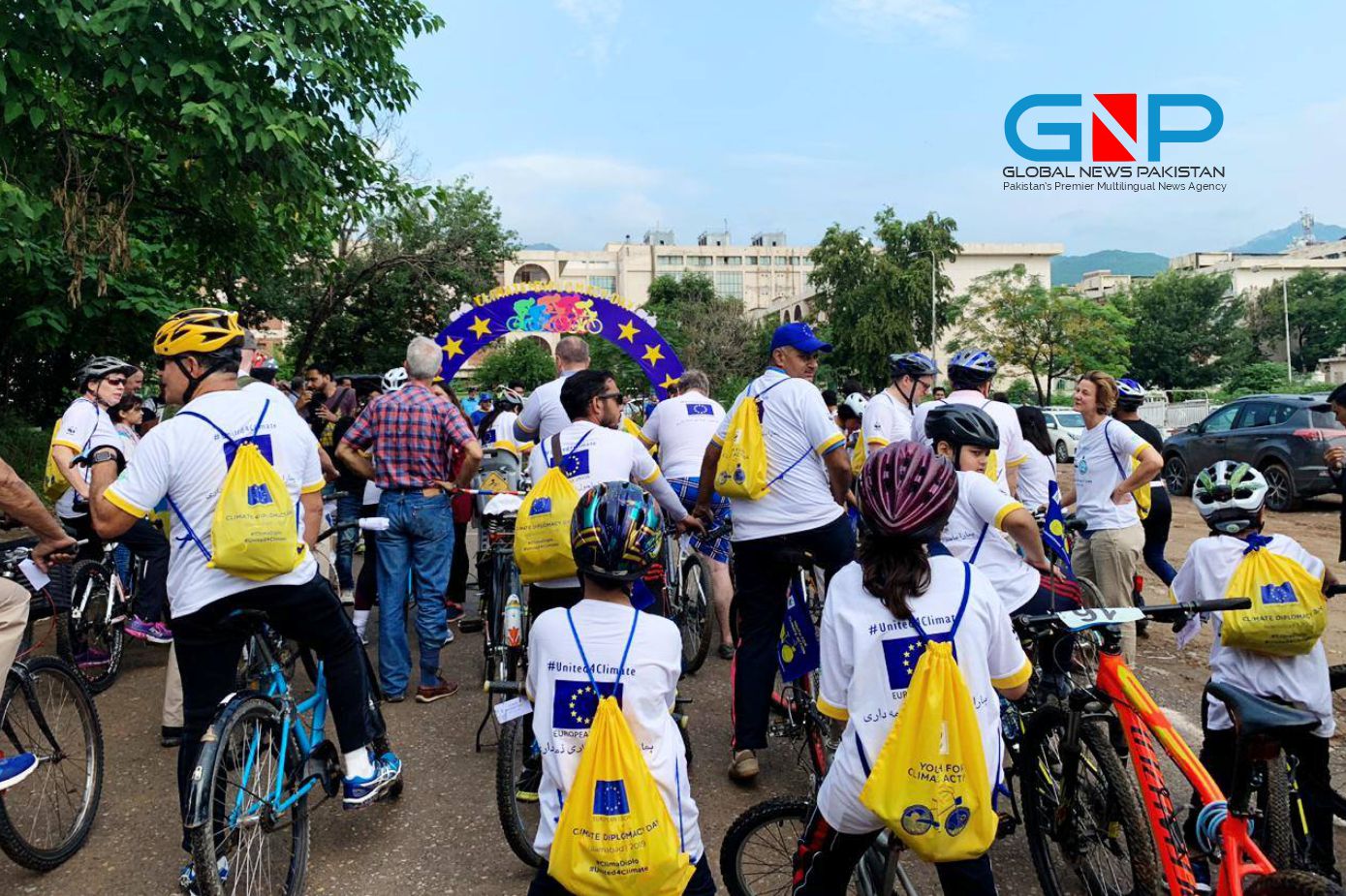 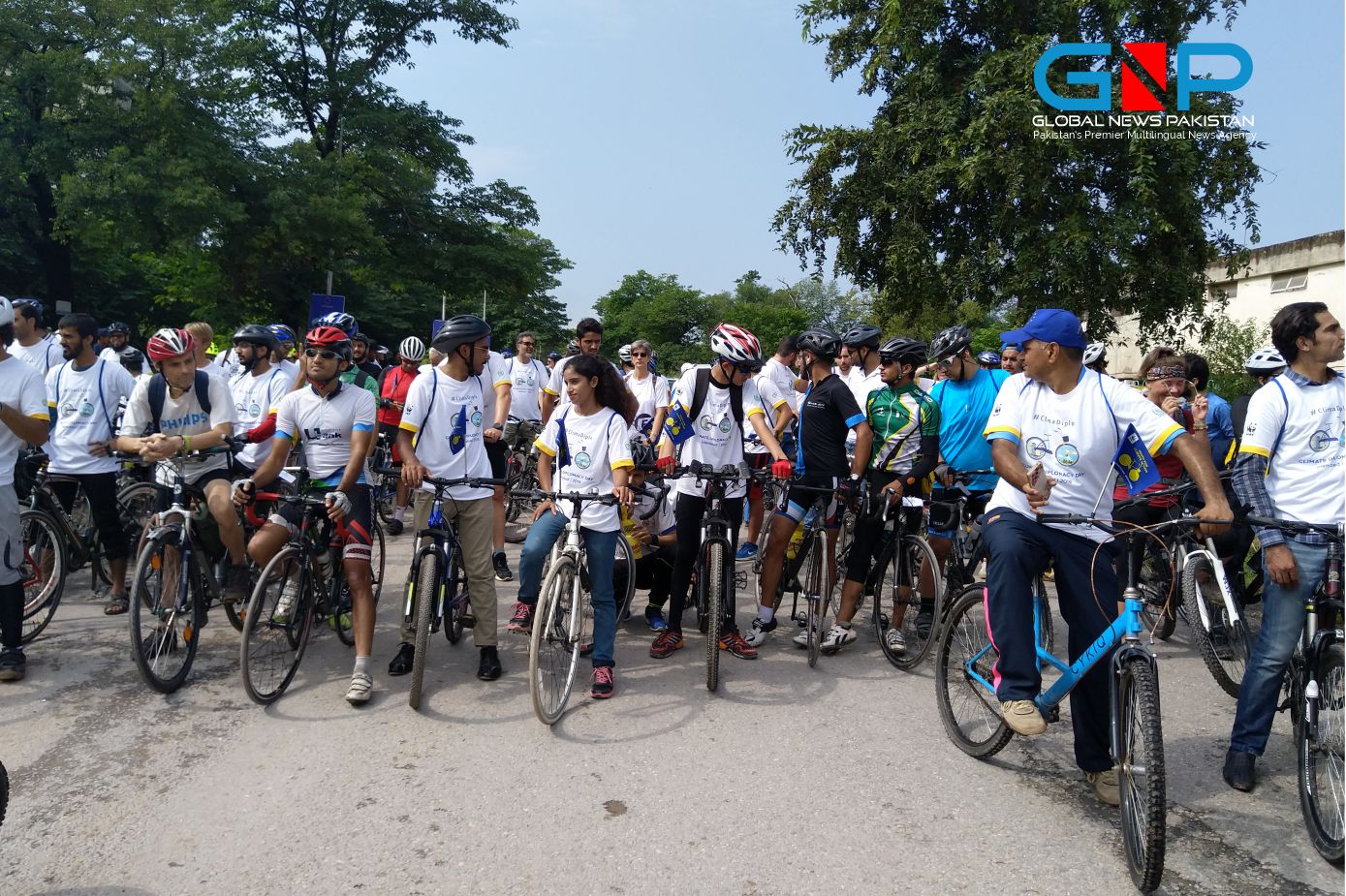 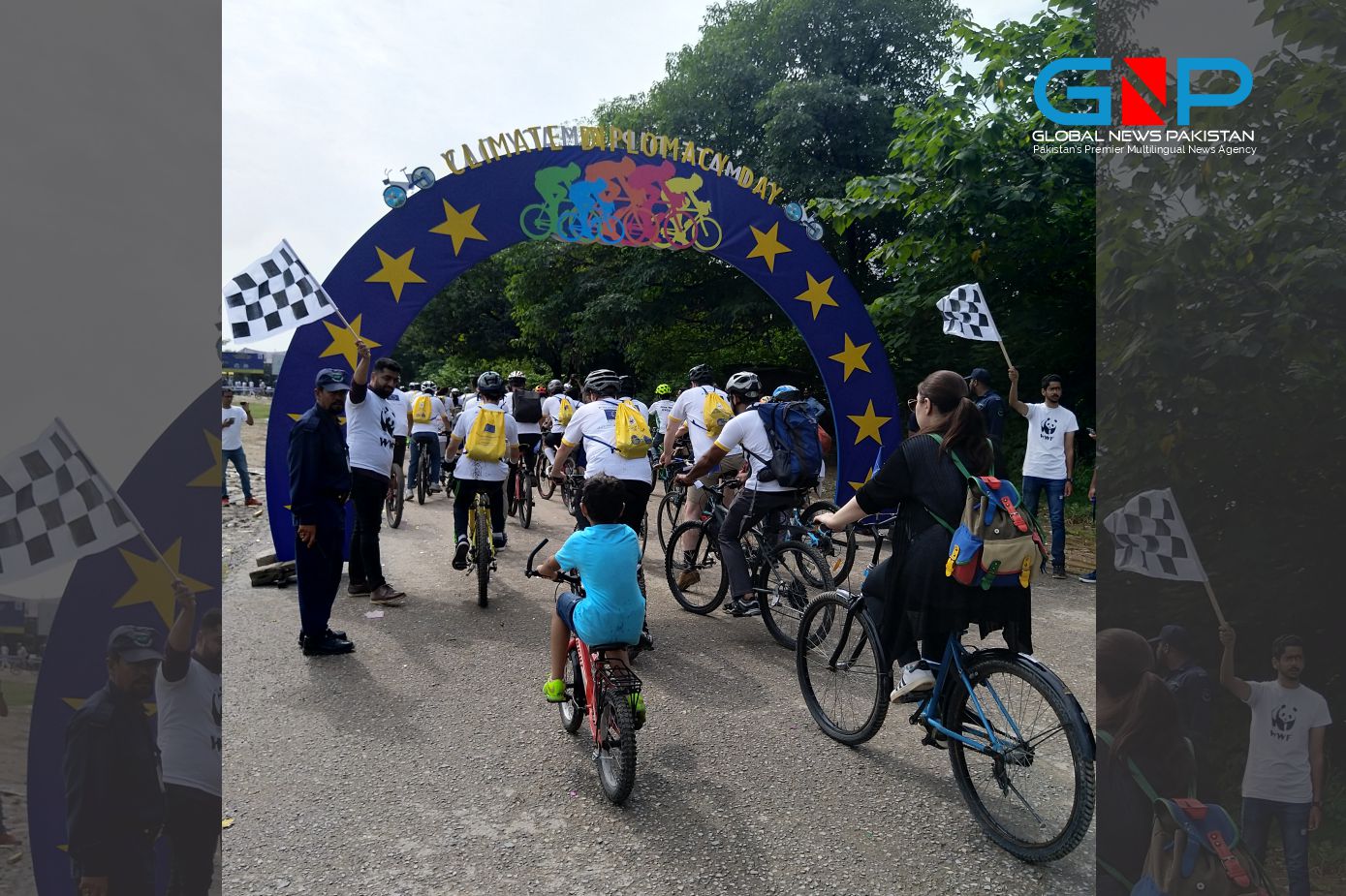 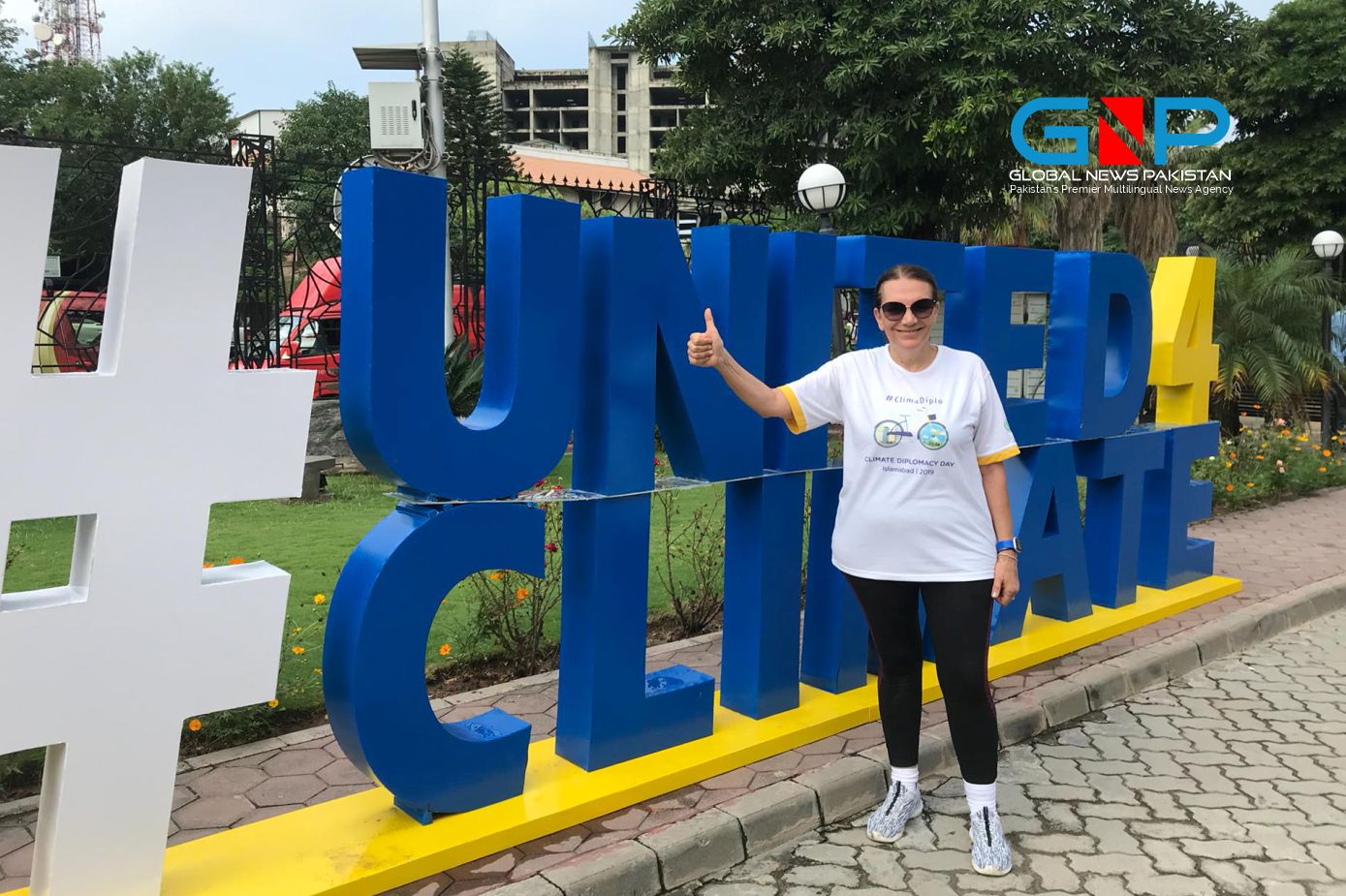 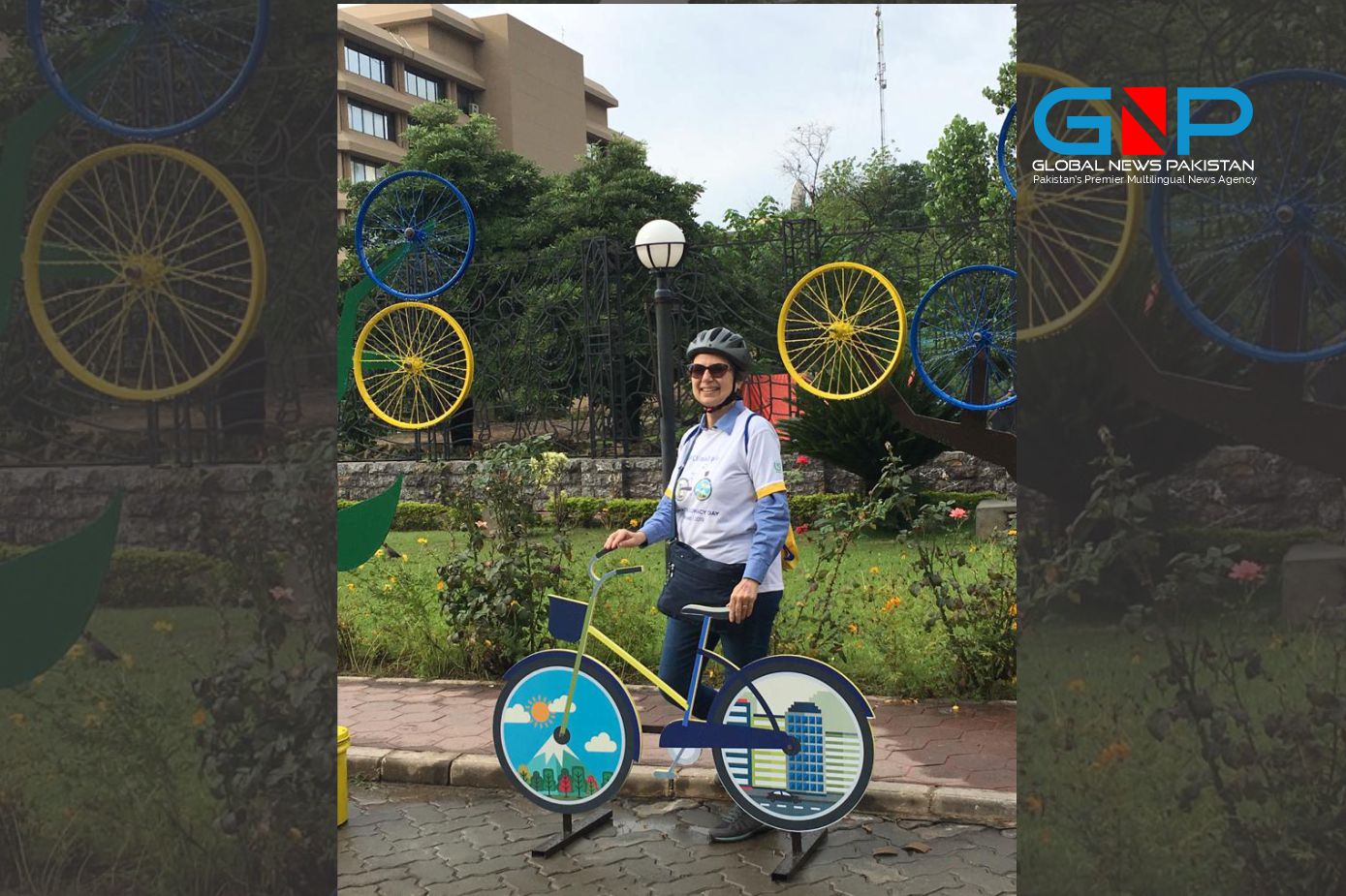 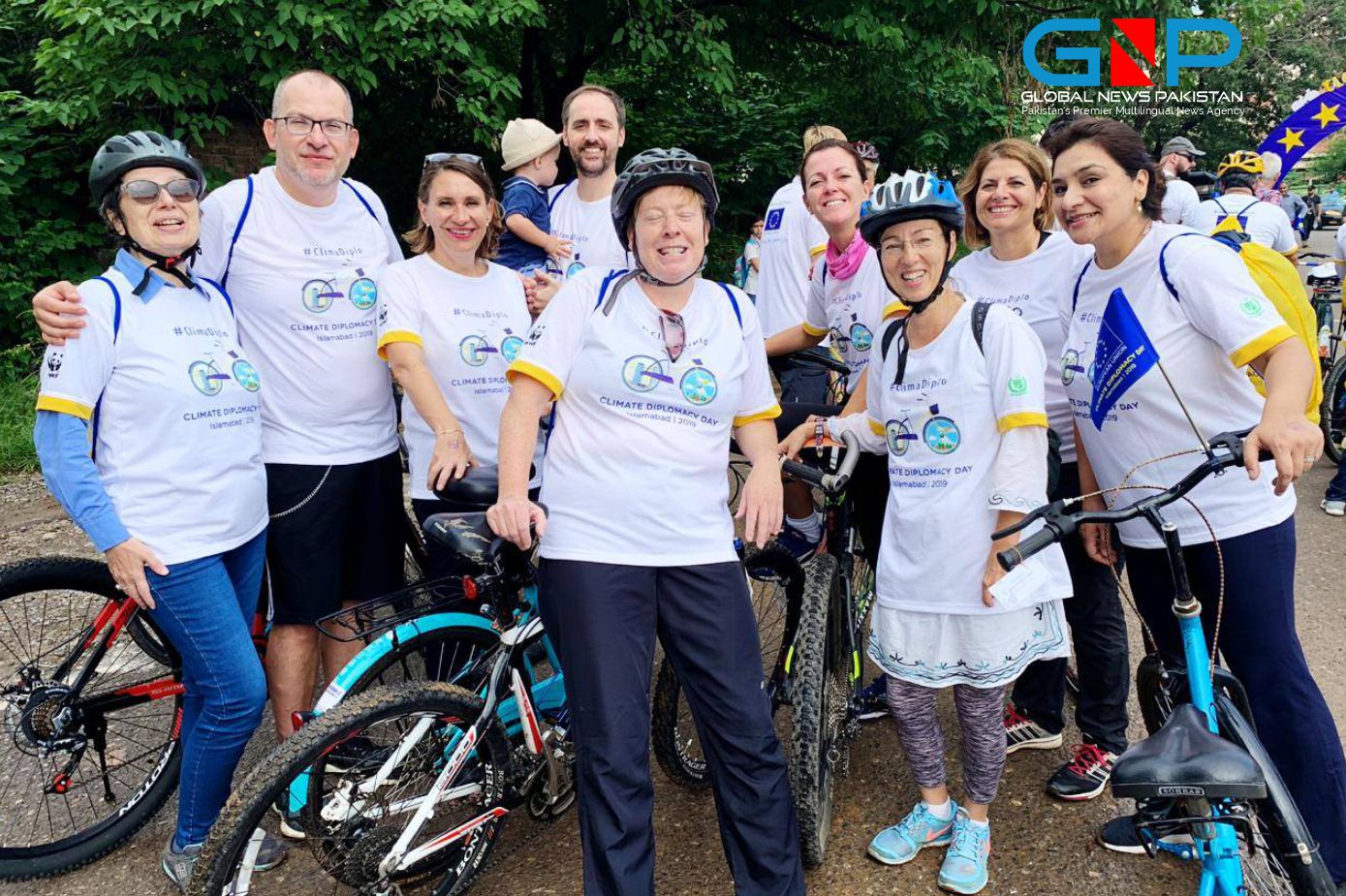 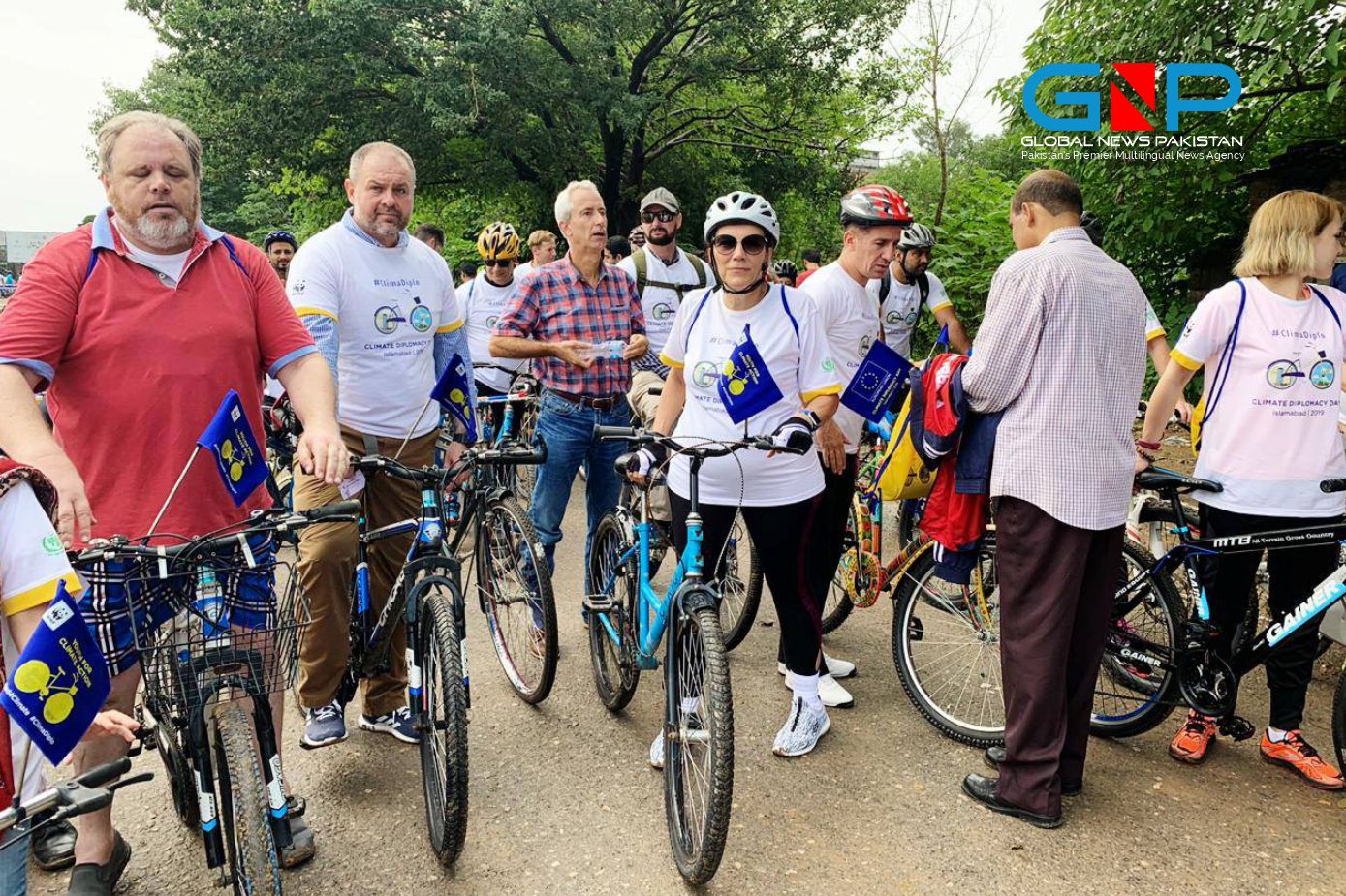 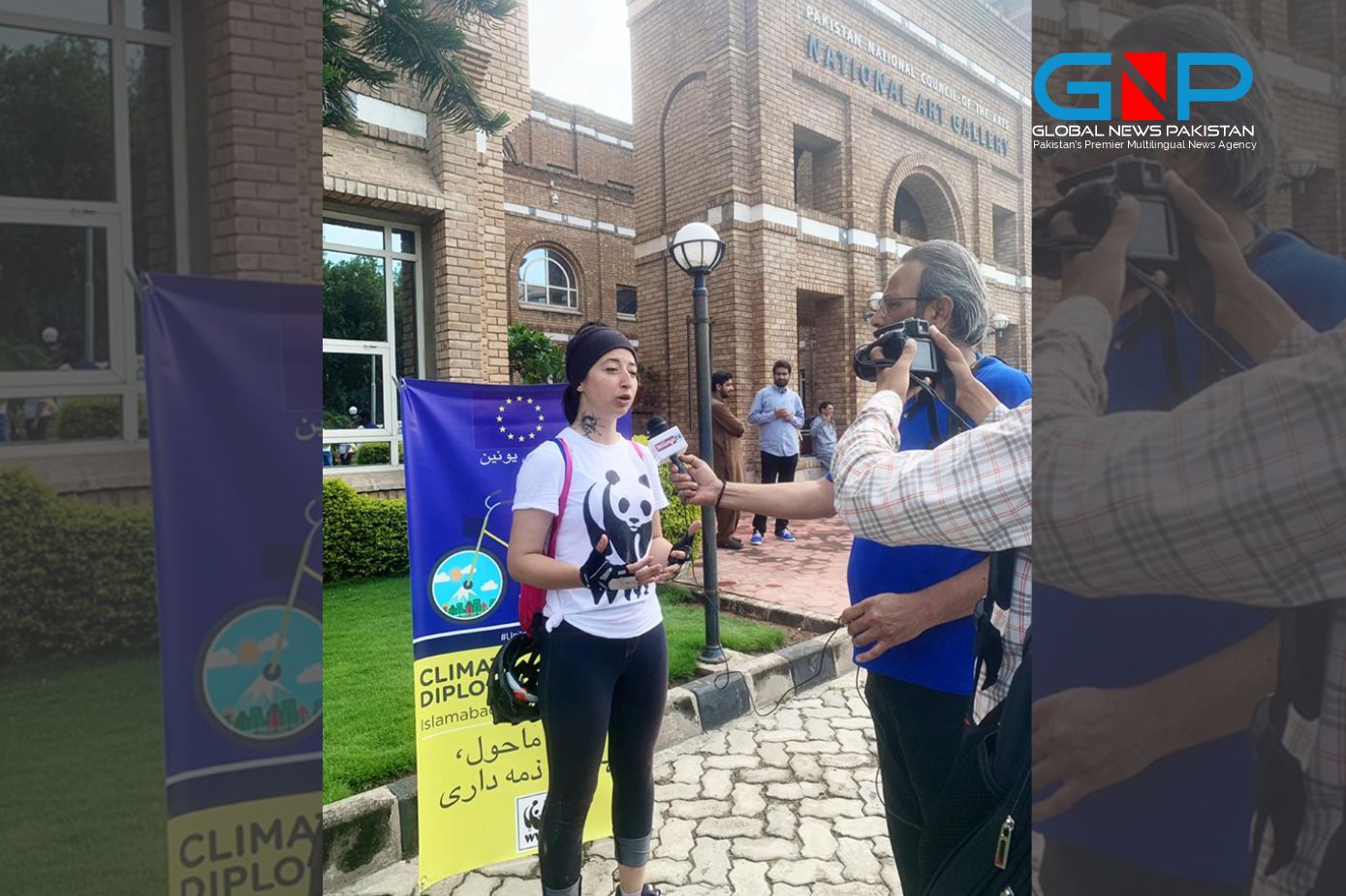 Islamabad, 29 September (GNP) For the fourth year, the European Union Delegation to Pakistan and WWF-Pakistan jointly commemorated Climate Diplomacy Day in Islamabad on Sunday to highlight the adverse impacts of climate change and seek positive actions. Aiming to encourage informed debate on climate change, the event brought together people from diverse backgrounds to become part of the exchanges taking place worldwide. The event also encourages exploration of opportunities and a transition to low carbon economies while ensuring equitable access to sustainable development.

The event kicked off with the participants cycling from the Pakistan National Council of the Arts (PNCA) on a designated route as a symbolic gesture to raise awareness to curtail the growth of greenhouse emissions by promoting eco-friendly modes of transportation. The event then moved on to a documentary screening – Our Planet, Our Business – which shed light on the role of businesses in building a sustainable future. It shows that all business activities depend on the nature. Planet Earth provides societies with all the resources we need including clean air and water, food, soil, a benign climate and productive seas. But the global loss of nature is making the planet less stable and is already costing national economies trillions of dollars every year.

Androulla Kaminara, Ambassador-Designate of the European Union (EU) to Pakistan said, “The EU continues to reaffirm its steadfast commitment to the Paris Agreement as the essential multilateral framework governing global action to dealing with climate change. While the EU is on track to exceed its 2020 target for reducing greenhouse gas emissions, it is determined to help raise global ambition and lead the way on accelerated climate action on all fronts. The youth climate movement is a sign of the growing awareness in our societies that climate change is a reality already that requires action today. The EU will continue engaging with partners, including Pakistan, to address the common challenge of climate change through a multilateral approach. Particularly since Pakistan is ranked as the seventh country most venerable to climate change in the world.”

Rab Nawaz, Senior Director Programmes, WWF-Pakistan said that climate change is a bitter reality that poses a greater threat to our present and future generations. Pakistan is at risk of climate related natural hazards as witnessed by widespread rains, super floods, frequent heatwaves and temperature rise and incidences of coastal flooding and sea intrusion. Nature-based solutions such as large-scale plantation drives, protection of existing forests, promotion of renewable energy and conservation of water resources should be adopted to address this grave challenge. He emphasized the need for unprecedented action to tackle the issue of climate change at the local, regional and global levels. He appreciated the activism of youth and civil society organizations in recent Climate March events held in different cities all over Pakistan and stressed that the youth, future guardian of this planet, should also come forward and act to reverse the climate change.

Addressing the event, Malik Amin Aslam, Advisor to Prime Minister Pakistan on Climate Change, who was the chief guest of the event, said that Pakistan annually faces economic losses between USD 6-14 billion solely due to deteriorating climatic conditions. Melting of glaciers in the northern regions of Pakistan could disturb the biodiversity of the entire country and adversely influence climate conditions. “The current government is fully aware of the climate change challenges facing Pakistan and is taking adequate measures to deal with them,” he added.

To discuss the impacts of climate change and bring forth practical solutions, a speech competition was held on the theme ‘Youth for Climate Action’ amongst students. A total of 30 youngsters from 10 private and government colleges and universities, between 14 to 22 years of age, applied for the competition out of which only 5 were selected for participation. The best young speaker received a cash prize of PKR 25,000 and an acknowledgement certificate by the chief guest.

At conclusion of the event, all participants signed a pledge wall and showed their concerns about the threats of climate change. This demonstrated a commitment to fight the challenge of climate change challenge by planting more trees, conserving water, reducing individual carbon footprints and changing lifestyles.

Each year, the European Union around the world celebrates Climate Diplomacy Day with events held to highlight climate action in the EU and beyond. Conferences, citizens’ debates, exhibitions, films and social media activities aim to encourage informed debate and a joint response to the climate challenge. These events build on the momentum of the Paris Agreement – the first-ever universal, legally binding global climate deal agreed in Paris in December 2015. (GNP)

Making govt. learning-oriented amid 4IR is a big challenge, experts