Pakistanis are a peaceful nation, security situation has stabilized over time- Ijaz Shah

Islamabad, 26 February 2020 (GNP) : Islamabad-Federal Minister for Interior, Brig (R) Ijaz Ahmad Shah met with Ambassador of Czech Republic H.E. Mr. Tomas Smentanka at the Ministry of Interior. While discussing the matters of mutual interest and security situation, the Federal Minister said that the security situation has improved over time and Islamabad is now amongst the safest capitals in the world. He further said that Pakistanis are a peaceful nation and we have also worked very hard to bring back tourism in the country. The revamping of Visa policy was to ensure maximum facilitation to the visitors. We have also started online visa process to make it more feasible, he added. Shah said that the PTI Government has invested a lot in promotion of tourism and improving country’s International Image. 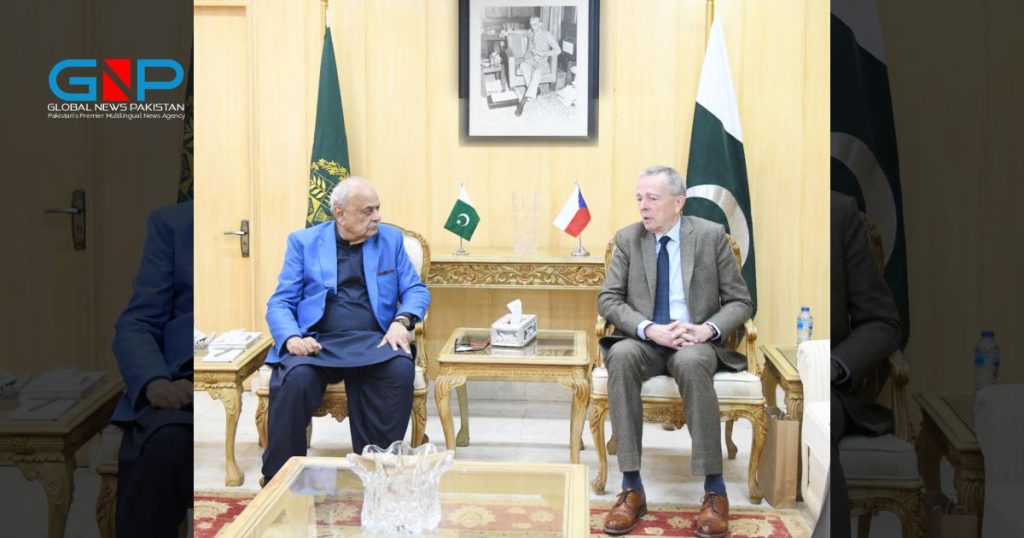 Agreeing to the improved security situation, Mr. Smentanka said that Indeed things have gotten better and my past 6 months here in Pakistan have been quite pleasant. He also said that they would like to Bilateral Agreements on matters of mutual interest, to which the Federal Minister responded positively and said that they can definitely move further in this regard.
Conclusively, the Ambassador requested for Consulate access to one of the Czech National imprisoned in Pakistan. The Federal Minister for Interior, Brig(R) Ijaz Ahmad Shah ordered to make all required arrangements as per rule and told to grant the permission to access. He also ordered to ensure all possible facilitation in this matter for access.
The Ambassador thanked the Federal Minister for his cooperation and time. The meeting concluded with a hope that both countries will work together on Bilateral lines.