Islamabad, 30 September 2021 (TDI/GNP): Prime Minister Imran Khan declared on Thursday that Pakistan would operate its first transmission line with 660 V High-Voltage Direct Current (HVDC). This will decrease line losses by 17-4% and increase the availability of affordable electricity to consumers. Imran Khan addressed Matiari Lahore HVDC, a transmission line that spans 886 kilometers with a capacity to produce 4,400 MW of electricity under the CPEC. He stated that the project would become a “leading electricity transmission artery” linking the country’s northern and southern region and also claimed that substantial line losses reductions would result in billions of dollars being slashed and reduce the burden for average citizens who have to pay high electricity rates.

Moreover, he said that in the next phase, besides energy, other CPEC projects, such as those under Chinese President Xi Jinping, relating agricultural and industrialization innovation, would be launched.

The 886km transmission link would connect to 510 km of the motorway. This will create approximately 70,000 new jobs. The HVDC transmission will provide power for the coal-based thermal power station at Port Qasim, Hub, and Thar.

Nong Rong stated that the operationalization and development of the HVDC project at 660kV was a significant milestone. Pakistan’s power grid system is now in a new stage of development. He further claimed that Pakistan would be able to benefit from low-cost electricity and promised that China would continue its support. 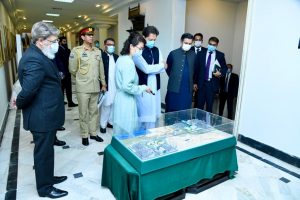 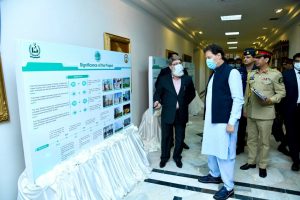 Opinion: Imran Khan: Don’t blame Pakistan for the outcome of the war in Afghanistan