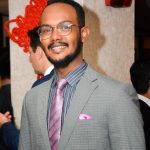 As a diplomat closely involved in the bilateral relations between Somalia and Pakistan I often reflect on missed opportunities. From my post in Islamabad I see students and businessmen, travellers, and others from Somalia and it is most heartening to see their positive sentiments as their lives have improved and so have those of their extended families over the globe and within Somalia. I have every reason to believe this to be a continuing trend and as I will show you.

Somalia is opening up to the world right now. In living memory other countries in the horn of Africa have opened up, and relations between neighboring countries have resolved long standing tensions to create a stable and prosperous regional economy in the Horn. Somalia joins Ethiopia, Djibouti, Kenya, and other economic success stories with an enviable financial position, and large untapped reserves seeking foreign investment.

I refer here specifically to the IMF debt forgiveness plan, which we will attain in a month with the most stringent requirements being met by us and having taken many years to achieve. This effectively makes Somalia a blank slate relative to its more heavily indebted neighbors. Further, I would highlight the recently released offshore seismic surveys confirming over 30 billion barrels of oil. To that effect The President has signed the petroleum bill into law on February 8th of this year, with the offer of licenses starting soon. To the many energy entrepreneurs and larger firms in Pakistan, this is an opportunity to build great wealth for future generations.

The significance of these events will not escape those in Pakistan who are concerned for the future of their country. The time I have spent here has confirmed to me the widespread patriotism of those who live here and the far sighted plans many envision for the future. The development of the Gwadar port project and the proximity to Somali ports makes a natural alliance feasible, but the economics of petroleum consumption make an even stronger case in my belief. According to current estimates, Pakistan meets only 15% of its current petroleum needs, with the remaining 85% through imports. Importing from Somalia, where the opportunity to have a larger stake in a burgeoning industry represents a major advancement for Pakistan. Countries in the world struggle with not only obtaining a cost effective source of oil, but one free of the political intrigue that often afflicts the petroleum industry more than any other. The partnership between Somalia and Pakistan offers much in this regard.

Somalia and Pakistan can be said to enjoy much in common, both muslim nations, and both with a history of trading and being in competition with a powerful and more populous neighbour. But also, and I believe this to be most important, is both nations are very much misunderstood by the world. Their struggle in the war on terror is hard to comprehend for outside observers since they are very much in the centre of the battle and their victories are most hard won. The reputation and the reality are indeed very far apart and despite incredible
progress beyond the worst of these assumptions, the reputation globally lags very far behind. In this vein of challenging perception I believe both countries have much room for cooperation in showcasing the talent, and vitality of our societies to overcome the struggles we have faced and our enduring tenacity.

Returning to the current situation in Somalia, I believe one other factor promoting growth in the country is the return and engagement of the extensive diaspora community. Much like Pakistan, Somalia has among its citizens many highly regarded engineers, scientists, and entrepreneurs. The nurturing and promotion of such talent ranks highly in the minds of citizens of both countries. I myself have seen the great effects when these initiatives form a genuine commitment.

In the current political climate globally, countries as diverse as the United Kingdom, Germany, Japan, and South Africa are competing intensely to carve out their own path in an era of both great uncertainty and even greater opportunity. I count among these great nations both Pakistan and Somalia and my sincere hope is those of us who have the power to effect change can realize this before it is too late.

Terrorist attacks against Chinese: Implications for the regional geo-politics of CPEC