Ambassador of Pakistan Mr. Imran Haider said that Pakistan and Tajikistan enjoy excellent bilateral ties which are rooted in shared history and culture

The Embassy of Pakistan in Dushanbe, Tajikistan, has organized a three-day “Pakistan Cultural Festival (6-8 March 2020) as culmination of Pakistan National Day festivities in Tajikistan. The event has been organized at the prestigious Opera Ballet Theater located in the heart of Dushanbe city. Tajik Minister of Culture, Ms. Dawlatzoda Zulfiya Davlat was the Chief Guest on the accasion.
High officials of the Tajik government including Tajik parliamentarians, First Deputy Foreign Minister, members of the diplomatic corps , local businessmen, journalists, academicians and Pakistani community attended the event. 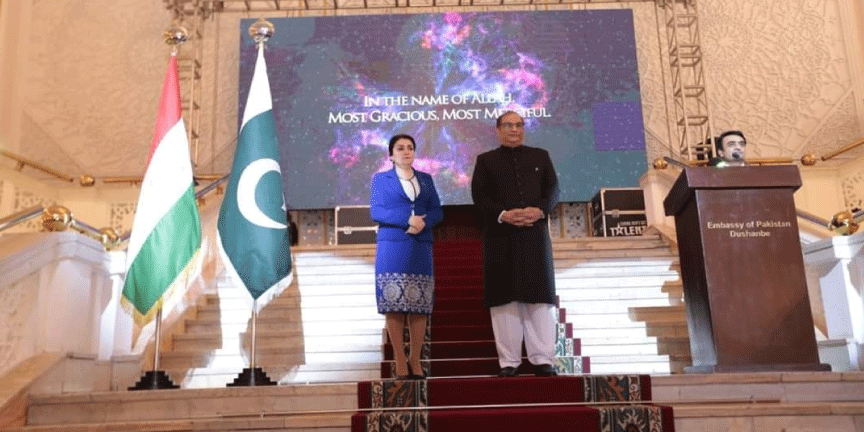 In his speech, Ambassador of Pakistan Mr. Imran Haider said that Pakistan and Tajikistan enjoy excellent bilateral ties which are rooted in shared history and culture.
He highlighting different aspects of Pakistani culture including its ethnic diversity, craftsmanship, art & music, dresses and cuisine.
Ambassador added that the leadership of the two countries remain fully committed to take the existing brotherly bilateral ties between the two countries to new heights. 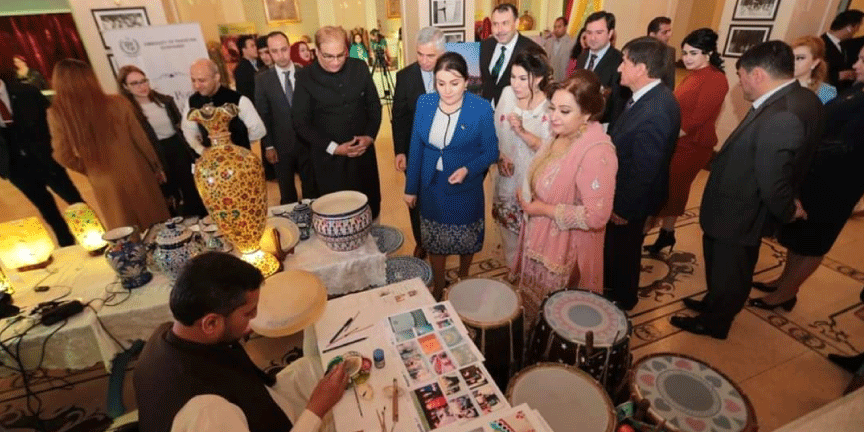 He expressed hope that the Festival would help introduce Pakistan’s rich culture to Tajik people and further strengthen cultural cooperation between the two brotherly countries.
Tajik Minister of Culture in her remarks said that the Embassy of Pakistan has taken a great initiative by organizing this Festival as it would further bolster cultural cooperation between the two countries.
She further said that expanding cooperation with Pakistan was one of the priority areas for the Tajik government as it would bring the two brotherly people closer.
Different cultural artifacts and other products from Pakistan including regional handicrafts, dresses and Multani blue pottery were exhibited in the event. 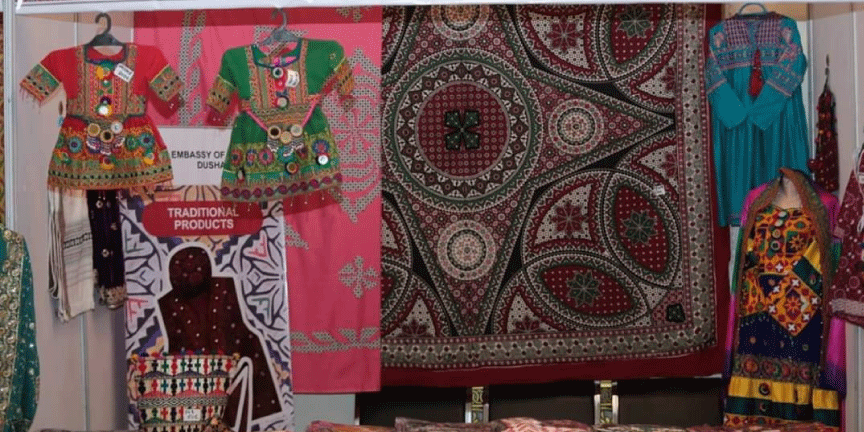 Two artists from Pakistan rendered live music performance by playing ‘Dhol’.
Famous Pakistani artist Abdul Rehman Tahir Naqash also displayed his Naqashi skills in the event.
A Pakistani food corner introduced the guests to Pakistani cuisine for which two experienced chefs from Pakistan were brought to Dushanbe.
The event will remain open for three days and thousands of visitors are expected to attend and enjoy Pakistan culture and cuisine.

Malaysia to unveil cabinet on Monday, after new PM named amid turmoil