The webinar was jointly organized by the Center for BRI and China of the Institute of Peace and Diplomatic Studies (IPDS) and the Pakistan Research Center of Honder College of Art and Sciences, on Thursday. 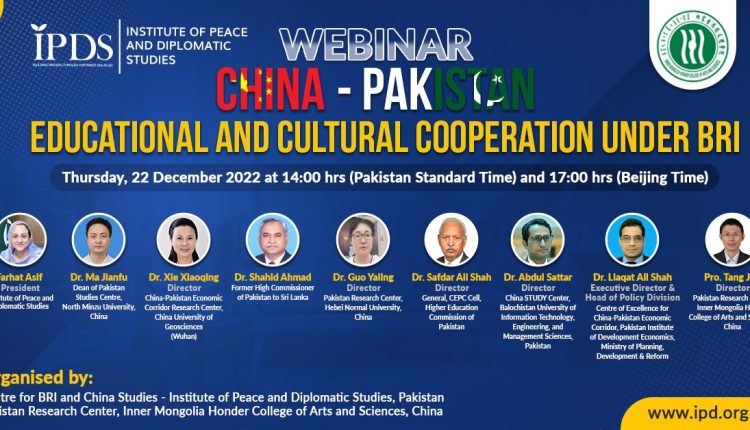 Islamabad/Beijing, 22 December 2022 (GNP/ TDI): Pakistan and China are on an upward trajectory to collaborate and promote cultural & educational exchange. Both countries have strong bilateral ties, that have shaped the regional future by encouraging amicable dialogue and scholastic interactions.

China has played a key role in creating regional awareness to underscore the significance of cultural and educational exchanges via its ventures like BRI and CPEC. This has resulted in substantial educational, political, economic, and trade cooperation.

These were the remarks by the speakers during the webinar titled “China-Pakistan Cultural and Education Exchanges under BRI” jointly organized by the Center for BRI and China of the Institute of Peace and Diplomatic Studies (IPDS) and the Pakistan Research Center of Honder College of Art and Sciences, on Thursday.

The webinar aimed to discuss the long-standing, strong relationship between Pakistan & China in terms of their cooperation in culture & education. 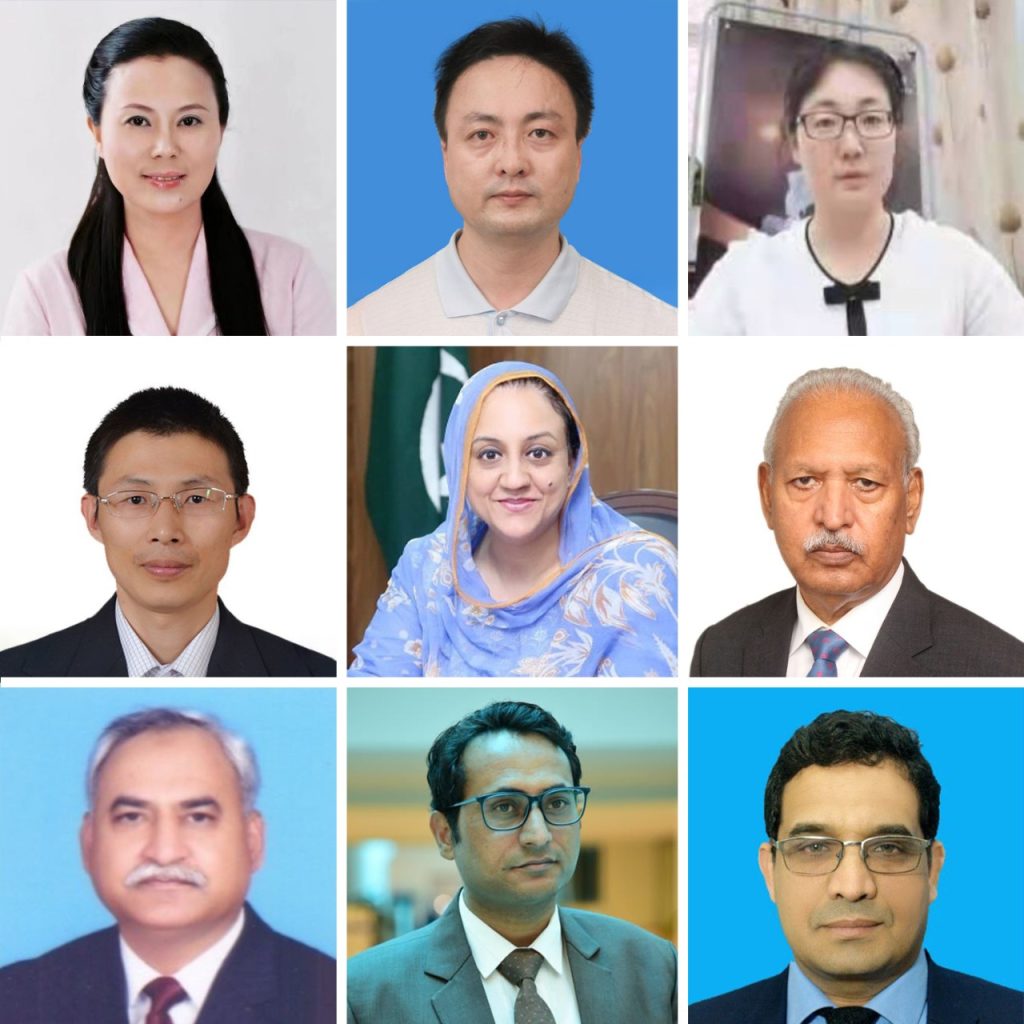 In her opening remarks, Farhat Asif, the President of IPDS, said that both countries enjoy a strong All Weather Strategic Partnership and Friendship with exemplary bilateral cooperation.

CPEC is the epitome of such cooperation, thriving in the length and breadth of Pakistan. The President also emphasized the strong collaboration in education and cultural exchange between both countries. In this vein, she added, “There are 7000 Pakistani students currently studying in various Universities in China.”

Professor Tang Jun, the Director of the Pakistan Research Center at Inner Mongolia, Honder College of Arts and Sciences in China, highlighted the strong partnership between Pakistan and China.

Tang Jun stated that academic engagement is growing with each passing day. Both sides are collaborating to promote the Research and Development culture and the human resource, ready to make it an effective part of CPEC’s overall progress.

Along these lines, he added that “The CPEC Consortium of Universities” is initiated to strengthen the collaboration. This initiative’s conferences alternate between Beijing and Islamabad every other year.

She expressed that her institute has deep collaboration with many Pakistani universities including NUST, NUML & Punjab University.

Xiaoqing also talked about the problems & initiatives taken by China to improve education quality for the benefit of Pakistani students. She said that China is raising the bar for teachers and enhancing textbook design.

Additionally, Ma Jianfu, Dean of the Pakistan Studies Centre at North Minzu University expressed his views. He noted that many Ph.D. students are studying on both sides of the borders, advocating strong relations.

“Cultural interactions have a great role in enhancing mutual understanding, people-to-people relations between both countries. It is more beneficial than political engagements.” He stated.

“What we are seeing today in the form of CPEC is not out of compulsion of commerce & trade. But it is an example of deep cultural connectivity. BRI has given new dimensions to the growing relationship.” He expressed.

Liaqat Ali Shah, Executive Director and Head of the Policy Division of the Centre of Excellence for the China-Pakistan Economic Corridor, expressed his views. He said that BRI has intensified the value of cultural & education exchanges.

“There is a consensus that we need to work on strengthening the relations by implementing youth and science forums. Both countries should also invest in tourism to enhance cultural connectivity.” The Executive Director suggested.

Guo Yaling, Director of the Pakistan Research Center at Hebei Normal University highlighted that BRI has contributed to enriching the spirit and shared values between Pakistan & China.

She spoke about how Buddhist exchanges with Pakistan contributed to the diversity and multiculturalism between both countries.

He said that Chinese classes, capacity-building workshops, and joint production of TV shows all contribute to the growth of cultural connections.

“BRI has contributed dramatically to cultural exchanges. But there is a need to establish cultural corridors. Cultural study centers on both sides should play a key role in establishing them.” Abdul Sattar concluded.

Many students, and faculty members, participated in the webinar and shared their deep interest in building strong ties.

Notably, the primary function of the Center for BRI and China is to research issues relating to regional economic cooperation to enhance collaboration between think tanks, universities, media organizations, and the business community.

Likewise, the Pakistan Research Centre of Honder College is aimed to build strong collaboration amongst the academic sector to promote Pakistan-China Education & Knowledge Corridor. Furthermore, it addresses regional & international challenges on both sides of the border.

Heroic welcome to Ukrainian President in US