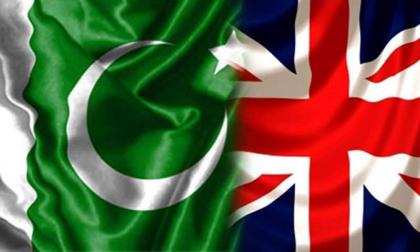 Pakistan and the United Kingdom on Tuesday agreed to form a joint working group to formulate a strategy for strengthening bilateral ties in multiple spheres, including trade and investment.

The bilateral ties were discussed during a meeting between Foreign Minister Shah Mahmood Qureshi and UK Secretary of State for Foreign Affairs and Minister for Women and Equality Liz Truss wherein the former put forward a proposal for the formation of a joint working group.

The foreign minister told the media that the secretary of state had accepted his proposal for a joint working group so that the two countries could mutually assist each other in strengthening bilateral ties.

The two countries would complete 75 years of diplomatic ties next year so both sides stressed the need for further strengthening the ties.

Pakistan had last year received record remittances of $4 billion from the UK and thanked the British Pakistani community as well as the UK government for its positive role.

Pakistan’s perspective on the unfolding developments in Afghanistan and the need for the international community to stay engaged while averting a humanitarian crisis and economic collapse in the war-torn country, the Foreign Office in Islamabad said in a statement.

16 kilos of gold detected at BIA