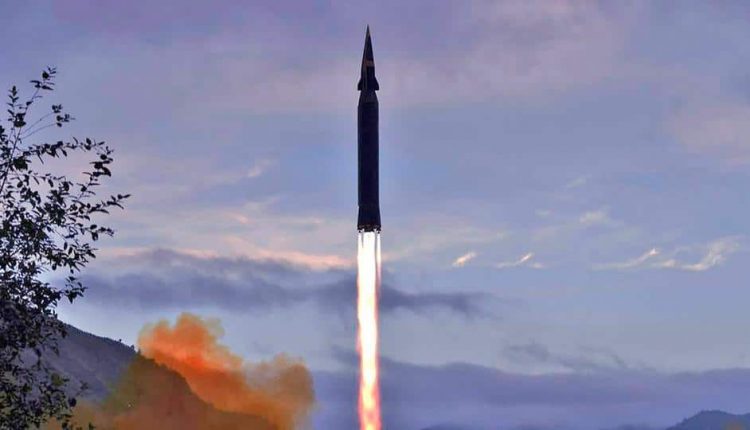 North Korea has said that it has tested a hypersonic missile. The potential to be one of the world’s fastest and most accurate weapons and could be fitted with a nuclear warhead, said the experts.

The exact specifications of North Korea’s hypersonic Hwasong-8 missile are not yet known; missiles with hypersonic glide vehicles can theoretically fly as fast as 20 times the speed of sound and can be very manoeuvrable in flight, making them almost impossible to shoot down, according to experts.

If North Korea can successfully produce and deploy a hypersonic weapon, analysts say it could even change the military equation in the region. Current South Korean and Japanese missile defence systems become close to impotent,” said Lionel Fatton, an assistant professor.

Those systems are designed for defence against ballistic missiles, which descend on their targets from much higher altitudes than hypersonic.

A hypersonic missile that can defeat advanced missile-defence systems is a game-changer if a nuclear warhead is mated to it,” said Drew Thompson, a former US Defense Department official.

North Korea’s use of the term “strategic” in describing the weapon implies a nuclear warhead capability.

In a statement sent to reporters, South Korea’s Joint Chief of Staff said the North’s missiles can still be detected and intercepted with South Korean-US military joint assets.