Muhammad Iqbal, whose ancestors were originally from Samarkand, is a great poet and philosopher of the East and the Islamic world. He wrote mainly in Urdu and Persian. Muhammad Iqbal is a philosopher who had a great influence not only on the Indian subcontinent but also on the literary, political and ideological life of the entire foreign east.

Muhammad Iqbal, known as a poet, thinker and politician, was born on November 9, 1877 in Sialkot, Punjab Province of the Islamic Republic of Pakistan into a merchant`s family.

Nowadays, the poet’s birthday is one of Pakistan’s national holidays.

The famous Indian writer Mulk Raj Anand assesses the place of the philosopher-poet Muhammad Iqbal in Eastern and world literature as follows: “The great poet, profound philosopher Muhammad Iqbal was not only a source of inspiration for the strengthening of Indian literature and its national revival, but also a source of inspiration for the development of poetic and philosophical thought in countries such as Turkey, Iran, Egypt and Afghanistan.”

In this regard, Muhammad Iqbal continues the humanistic ideas of the great Ferdowsi, Saadi, Hafiz, Rumiy, Bedil and Mirza Ghalib praising the creative power of man.

He received his primary education in his hometown of Sialkot and later moved to Lahore, one of the scientific and cultural centers, to attend college to further his education. While studying at the School of Mubashir in Sialkot, Iqbal became acquainted with Sayyid Mir Hassan, a well-known scholar of Arabic-Persian literature and language. In the heart of the future poet, the scholar arouses a deep love for Eastern poetry, especially Persian poetry. Because there was a reason for it. Among the master’s students, Muhammad Iqbal was distinguished by his sharp mind and thirst for knowledge. The future poet had a great interest in Arabic-Persian literature and language.

Muhammad Iqbal began to read the ghazals of Hafiz, Saadi Shirazi, Bedil, Rumiy very early. He wrote poetries in Urdu, when he was in school.

The young poet gradually became known for his poems at various conferences and poetry readings and came to the attention of fans of poetry.

Undoubtedly, the influence of European thought on the philosopher-poet was incomparable, for he was well acquainted with the development of European philosophy at that time.

For example, he appealed to a number of Western philosophers, including Kant, Hegel, Fichte, Schopenhauer, as well as Leibniz, Nietzsche, Bergson, James, and others, from whom he developed philosophical categories such as personality, absolute intellect, intuition, will, and freedom.

Rumiy’s literary inspiration and spiritual teacher was Shams Tabrizi, while Muhammad Iqbal’s spiritual teacher was Jalaliddin Rumiy. He was the inner voice for the philosopher-poet, the criterion of truth, and Muhammad Iqbal was inspired by his work.
The greatness of Muhammad Iqbal is also that he was able to realize the vital necessity of poetry in the struggle for the independence of the nation. The poet saw the theoretical basis of this struggle in Islam and believed that the change of the existing social system was in religious ideology and believed in it.

Muhammad Iqbal did not deny the role of science and philosophy in understanding the world, and religion is able to save mankind from misfortune and calamity. Although Muhammad Iqbal did not fully accept the teachings of Sufism, in this his teacher Jalaliddin Rumiy had a great influence on him.

According to the philosopher, creative activity and struggle are the true essence of human nature. Thus, the philosophical views of Muhammad Iqbal were developed on the one hand on the basis of Muslim religious philosophy and the advanced philosophical ideas of famous thinkers of the peoples of the East, on the other hand, in-depth study of Western philosophy.

At the very center of Muhammad Iqbal’s work are issues of nature, society, man and personality. They are constantly on the move, evolving and renewing, says the poet. The worldview of the great poet-thinker, the ideas of patriotism, humanity and justice in his poetry and philosophy have been effectively influencing the development of advanced philosophy and literature of the peoples of India and Pakistan.

Although Central Asia was part of the Arab Caliphate for two centuries (VIII-X), the contribution of Indian scholars and writers to the development of scientific and cultural ties between Central Asia and India was significant.
Scientific, cultural, economic ties between the peoples of Central Asia and the Indian subcontinent are being developed by poets, writers and scholars of the new era.

In particular, the cultural and spiritual heritage of the peoples of Central Asia in ancient and medieval times plays an important role in the work of Muhammad Iqbal, who is the great philosopher and poet of the East.
Today, the works of the poet have been translated into many languages of the world.
The poet died on April 21, 1938 in Lahore at the age of 60.

In honor of the great poet and thinker, one of the central streets of Bukhara is named after Muhammad Iqbal.
Taking this opportunity, the SCO Center for Public Diplomacy in Uzbekistan congratulates the fraternal people of Pakistan on the birthday of their beloved son. 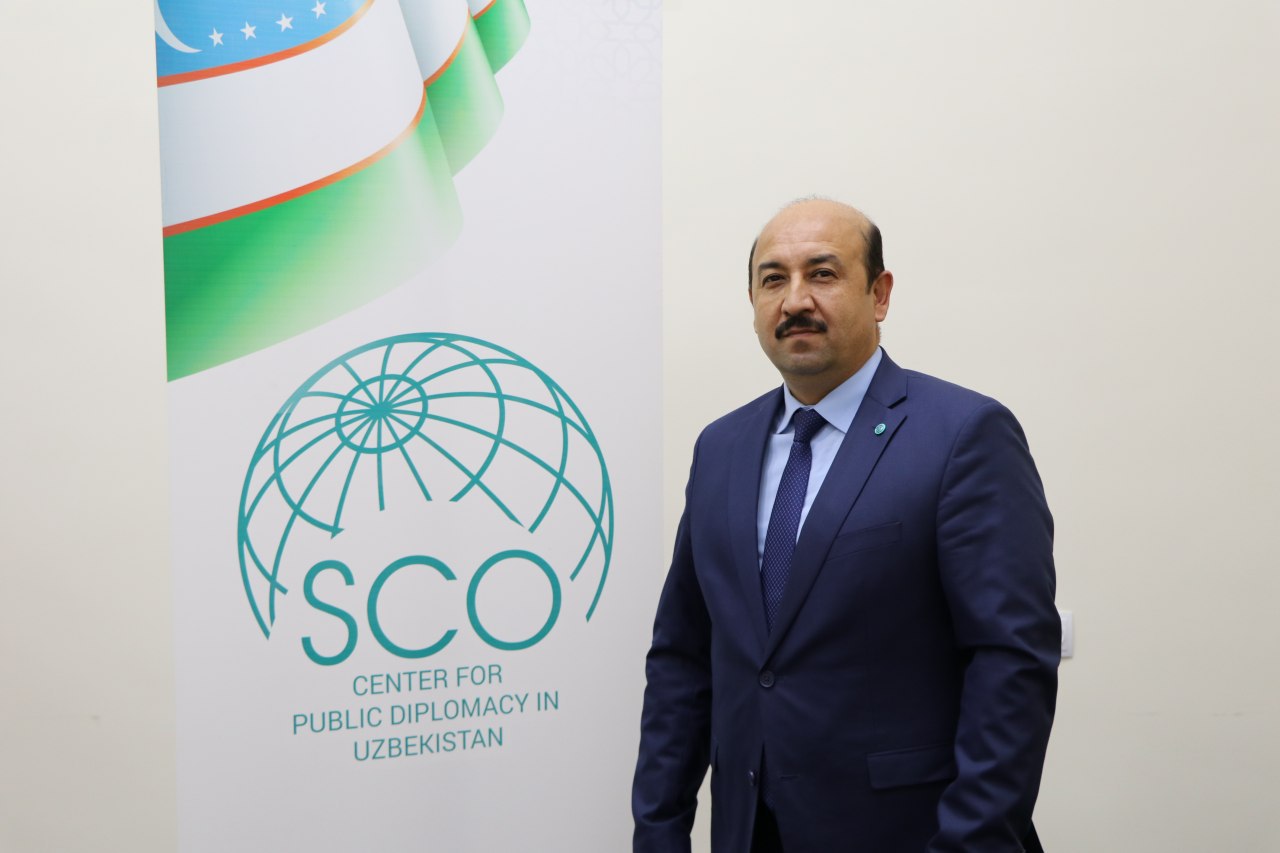