Islamabad, 2 March 2020 : The recent extreme measures such as scrapping of articles 370 and 35A of Indian constitution in Kashmir and introduction of Citizen Amendment Bill (CAB), the Modi-led ultra-nationalist Indian regime can also threat the decades old Indus Water Treaty between India and Pakistan, which could have dire consequences for regional peace.
Experts express these views during the launch of book titled “Readings in Indus Basin disputes between India and Pakistan: An Academic Selection of Articles, Commentaries, Newspaper Reports, Legal Texts and Arbitral Awards (1948-2018)”, organised by the Sustainable Development Policy Institute (SDPI) at Islamabad.
Barrister Naseem Ahmed Bajwa, Editor of the Book said that at the time of signing the Indus Water Treaty, Pakistan’s bargaining power was weak, particularly on legal grounds, as the Treaty was mainly based on Indian proposed draft, whereas India, who in the context of Kashmir dispute controlled most of Kashmir, was in a strong bargaining position being an upper riparian state. He said, unfortunately, at that time Pakistan was ruled by a military dictator (1958-1970) who was accountable to no one. Signing of the Treaty in 1960, was an arbitrary decision made by the military dictator, which was not discussed, debated or scrutinized by any independent forum of engineers or statesmen or Journalists in Pakistan, he lamented. Barrister Bajwa said that Pakistan lose its cases at international forums mainly due to poor planning and sending those people or experts who now little and ill-prepared to fight the country’s case.
Dr. Abid Qaiyum Suleri, Executive Director, SDPI said water for Pakistan is one of the future geo-strategic issues and the launch of book on Indus Basin dispute is very timely. He said that the book provided the excellent synthesis of water issues, current standings and legal and other related implications. The facts in the book provided the balance picture of water disputes between India and Pakistan, he added.
Noted Water Expert and Chairperson, Board of Governors (BoG), SDPI Ambassador (Retired) Shafqat Kakakhel said that with over 700 hundred official documents, research articles and legal texts the book is a tremendous effort and would benefits the researchers working on the subject. He said that Pakistan depends on only Indus River Basin for all its water needs, whereas India has access to 8 river basins and Afghanistan has access to 5. This shows the level of significance and importance of Indus Basin for Pakistan. He said Indus basin aquifer is the world’s 2nd largest endanger aquifer after Arabian Aquifer System, mainly due to exhaustive groundwater extraction for irrigation, industrial and domestic needs. There are 1.7 million tube-wells in Pakistan and around 11 million in India, which are seriously putting pressure on Indus aquifer. In order to tackle the water crisis, Pakistan needs to recharge its Indus aquifer and regulate the groundwater extraction, rather just focusing to building large reservoirs.
While commenting on Indus Water Treaty, Ambassador Kakakhel said that the treaty served the both India and Pakistan well as it survived three wars and recurring tension between both countries. But, unfortunately, the treaty has come under tremendous pressure mainly due to on-going violation of the treaty by Modi-led BJP regime.
“We are living in Trump era, who simply walked-out from two international agreements, i.e. Iran Nuclear Deal and UN-Paris Agreement on climate change”, said Kakakhel adding that Modi in India is also doing what he wanted to do, such as scrapping of 370 article in Kashmir and introduction of citizen amendment bill (CAB), which is alarming for regional peace. He urged both countries to cooperate on shared water resources, implement the treaty in letter and spirit and future water negotiations should also include the emerging challenges such as climate change, water quality and sustainability of groundwater resources. 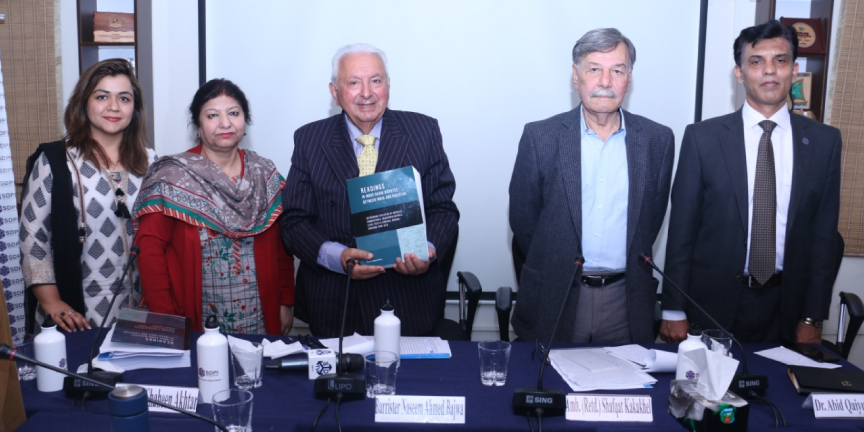 Professor Dr. Shaheen Akhtar of Department of International Relations, National Defense University (NDU) said that besides massive documentation the book provides the legal insights on Indus Water Treaty which remained limited in our narratives and debates. While commenting on Indus Water Treaty, she said that the treaty was under-utilized, such as article 7 of the treaty talks about future cooperation which never materialized. She said that the emerging issues such as flood management, silting and reduced water flow mainly due to climatic changes are missing in the treaty, which also need to be looked by both countries.
Dr Hina Aslam, Associate Research Fellow, Lead Energy & Head China Study Center, SDPI moderated the session.

Australia to use biosecurity law to restrict movements of coronavirus patients