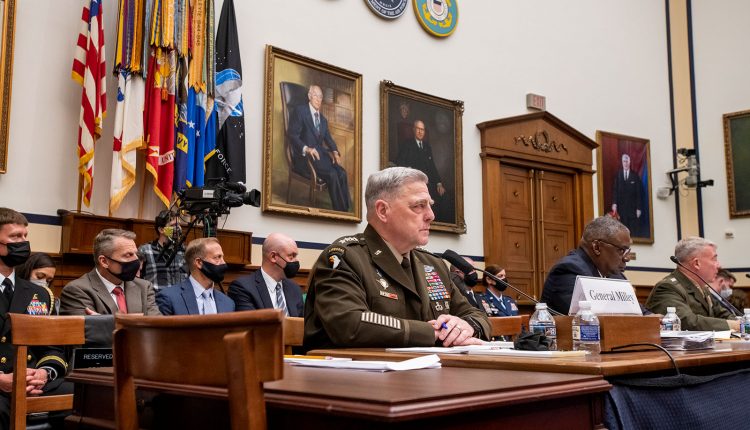 Gen. Mark Miley, chairman of the Joint Chiefs of Staff has said he believes the war in Afghanistan had reached a stalemate about five to six years ago.

For several reasons,  Miley said he didn’t believe there was a “military solution” to the war in Afghanistan as of five to six years ago but instead thought a negotiated settlement was the best option.

But I knew years ago that it was stalemated, said that repeatedly, internal and external, and that winning would be defined as a negotiated solution, as most insurgencies are historical.

They result in a negotiated solution between the insurgent and the regime. And I thought that was the best way that this could handle. I didn’t think there was the military solution,” Miley added.

I wasn’t consulted on the 11 November order that I received,” Miley said. He further added that he went to the White House with Acting Defense Secretary Chris Miller and Kash Patel “to discuss that order.

Asked if he had been consulted on the Trump administration’s decision “to open negotiations solely with the Taliban to the exclusion of the Afghan government,” Miley said he was told “very, very late in the game.

NGOs wrote letter to NSA of US for Afghans