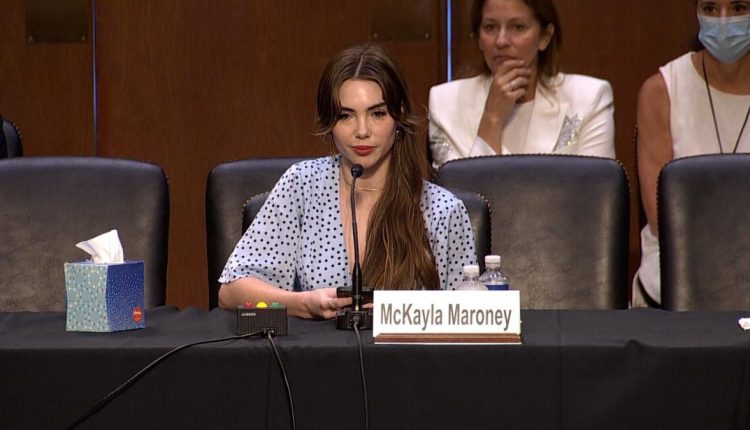 Olympic gymnasts McKayla Maroney and Simone Biles ripped the FBI and the Justice Department in Senate testimony Wednesday for how FBI agents mishandled abuse allegations brought against Larry Nassir and then made false statements in the fallout from the botched investigation.

“They allowed a child molester to go free for more than a year and this inaction directly allowed Nassir’s abuse to continue,” Maroney told the Senate Judiciary committee after recounting the vivid details she provided the agent interviewing her about Nassir’s abuse.

“What is the point of reporting abuse if our own FBI agents are going to take it upon themselves to bury that report in a drawer, she added.

“It truly feels like the FBI turned a blind eye to us and went out of its way to help protect,” USA Gymnastics and the United States Olympic and Paralympic Committee, Biles testified while holding back tears.

Enter your email to sign up for CNN’s “Meanwhile in China” Newsletter.

Riesman called for more investigation into how the Nassir probe was mishandled and said that the FBI pressured her to accept Nassir’s plea deal.

“The agent diminished the significance of my abuse. It made me feel my criminal case wasn’t worth pursuing,” Riesman said.

Allegations into Nassir were first brought to the agency in July 2015. Several violations of protocols led to months of delay, as captured in a scathing Justice Department inspector general statement released in July.

FBI officials “failed to respond to the Nassir allegations with the utmost seriousness and urgency that they deserved and required, made numerous and fundamental errors when they did respond to them, and violated multiple FBI policies,” the report stated.

According to the IG report, to not prosecute the agent as well as an FBI supervisor who was also accused of mishandling the probe and then later making false statements about it?

“After telling my entire story of abuse to the FBI in the summer of 2015, not only did the FBI not report my abuse, but when they eventually documented the report 17 months later, they made entirely false claims about what I said,” Maroney recalled.