Matriculation and Intermediate exams? The students are in dilemma 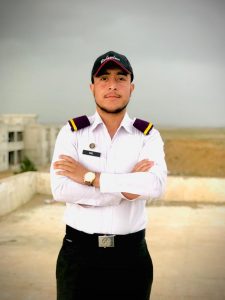 Everything was fine six months ago. The people were enjoying, Countries were developing, stars were shining, clouds were roaming, economies were growing and flowers were dancing.
Meanwhile, In the city of China named Wuhan an infectious disease known as COVID-19 broke out. The COVID-19 gets around the world in the very short period of time. To have a better control on corona virus the countries went for global lockdown. At the same time all the educational institutions and students suffers alot. All the educational institutions were closed down due to COVID-19.
Unfortunately,  The country like Pakistan where the educational system is already at death level and literacy rate is around 59% according to reports of 2017. The schooling system is lacking much as compared to developed countries where the literacy rate is upto 98%.  According to the current UNICEF reports 2.28 million children are out of school and unfortunately Pakistan has 2nd highest children out of school.
In Pakistan the Government promulgate lockdown in the country due to COVID-19 and all the educational institutions including universities, colleges and schools were also shut down to have a better control over Corona virus. When the first case was reported in Pakistan at that time matric exams were scheduled in the country via different boards. The Government announced that all the educational institutions will be off till 31 May and the remaining papers of matric and inter will be scheduled in june.
At the same time, The cases were increasing day by day in the provinces. It was unable to conduct the papers of matric and inter in the month of june. The federal education minister Shafqat Mehmood announced on 7th May that due to current catastrophic situation in the country all the educational institutions will be off until 15 july and there will be no exams through out the country this year. The students will be promoted to next classes on previous results. The discussion taken by Government was all out and raised many questions. The discussion is fine for the students which are enrolled in 10th class and 2nd year class because their previous grades are on the record. The issue is with the students which are in 9th class or 1st year class which previous record is not there and this will be unfair with the students of go for the combined exam of 9th,10th class and 1st, 2nd year class because the syllabi of intermediate is very lengthy and tough.  The  idea of combined papers is  rubbish and it will twice  burden on the and it’s unfair.
In this catastrophic situation the Government should consult the concerned boards chairman and provincial officials to move for a better option.
105
Share

The likely Collapse of the world Economy