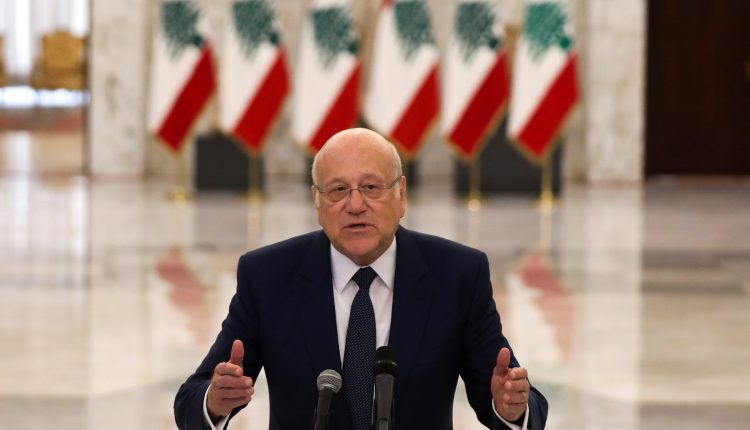 HEADLINE: Lebanon’s new Prime Minister Najib Milkati has said that he would try to stop the country’s collapse.

Addressing the nation after the meeting, New PM said, he would try to stop the country’s collapse. The situation is very difficult, it is very difficult, Milkati said as his voice choked during an emotional speech. However, it is not impossible if we unite.

Our priority is to appease the suffering of the Lebanese people, PM added. Today Lebanon is in need of the Arab of the World.

The new government includes George Qirdai, who was previously the host of the television show, and the controversial finance minister Yusuf Khalil.

Milkati and his brother and main partner in the business, Taha are the richest men in Lebanon. Lebanon is facing a severe financial crisis which has resulted in the currency losing over 90 per cent of its value.

Keeping in view that after two years new Prime Minister has taken the control of the country, when in 2020 When a bomb blast happened in the city of Beirut, more than two hundred people died in that blast.

Khalida says” How we escape from Taliban’’