The US and Taliban signed a landmark peace deal in Doha which lays down the roadmap of the US troops withdrawal and reduction in violence by the Taliban. Moreover, it obligates the Taliban to initiate a Dialogue with Afghan government to shape domestic political landscape acceptable to all concerned parties.

Taliban, at first, wants legitimacy followed by relative power share in Afghanistan under yet to commence Intra-Afghan Dialogue. The fate of prisoners, Taliban’s good will toward Ghani regime and the degree of possible consensus among political stakeholders in Afghanistan remains a hard talk in diplomatic and security circles. These are globally shared confusions regarding intra-afghan dialogue that should be critically assessed and evaluated by running the theoretic simulations on possible scenarios.

The first scenario deals with the degree of good will which Taliban may reflect towards negotiations and the reciprocal response Ghani regime may generate. The second scenario refers to the contingencies pertaining to integration of both political and fighting forces in Afghanistan.

The process of scenario building and subsequent simulations involves certain crucial tools ranging from identifying the core issue, specifying the driving forces, considering the level of uncertainty, the possibility of wild cards held by actors and its impacts on intended outcomes.  The prime issue is the sustainable peace in Afghanistan whereby the major driving forces are Taliban, the US and Afghan Government. The inherent uncertainty lies in the post deal behavior of Taliban and the will of Ghani to cooperate with Taliban driven by evident power struggle. The wild cards are, possible yet undisclosed, tactics or maneuvers that any party can employ during the process of grand dialogue to gain maximum advantage under the pretext of outcomes.

Evidently, the deal provides the sketch of intra-afghan dialogue but how far it has the potential to oblige Taliban and Ghani regime to start the dialogue and reflect reciprocal good will is yet to be determined. Taliban are highly unlikely to endorse newly won suspicious victory of President Ghani unless success of prisoner exchange part of deal which, in turn, can trigger Taliban to opt pressurizing tactics. On the other hand, Ghani’s election is altogether disputed by Chief Executive Abdullah Abdullah who announced to form a parallel government.

It is high time in Afghanistan when The Taliban are facing dividing forces in Kabul to deal with which might prompt them to fill the cracks and outweigh the other political groups during the course of talks.  According to Taliban Deputy Chief Sirraj-U-Din Haqqani, “It will depend on a consensus among Afghans”.  Yet he fails to mention any road map in his opinion peace published in American newspaper but rules out ‘any preconditions’ and even ‘predetermined outcomes’. All he reflects in his vision is the hope of inclusive dialogue ‘toward defining common future’ of Afghanistan.

When it comes to Ashraf Ghani, an incumbent President, he employed a potential wild card by announcing his oath taking ceremony right before commencement of intra-afghan dialogue and delayed prisoner release. The legitimacy of President Ashraf Ghani is dramatically disputed by both, the Taliban and former Chief Executive Abdullah Abdullah which can potentially ignite power accumulating efforts endangering the very Afghan Peace Process. The US is facing a resistance, directly opposite to its Afghan Policy, in instant prisoner release from hesitant Afghan government whereby Taliban are intact to their end of bargain.

Furthermore considering the uncertainties, if the Afghan political elite remains disunited, power balance would ultimately tilt towards Taliban but if they unite to bargain with Taliban, Taliban will have their due share in any case. What if the electoral differences ensue and stakeholders fail to negotiate an enduring political settlement? It will further strengthen Taliban because the US would cut their forces down to 8600 troops within 135 days of deal meaning Taliban may have more political independence of action in Afghanistan.

The crucial of all the concerns is the sustainability and efficacy of political settlement which is mired with confusions in each political quarter of Afghanistan. The first scenario presents grim picture in terms of intended outcome which precisely is the long-term and sustainable peace. It is the elevation where Taliban appears stronger but pushing their version of governance may provoke other ethnic groups to violent means warranting Taliban response.

The second scenario deals with the contingencies pertaining to integration of major political forces. The integration of major political forces in Afghanistan will only come true when all stake holders would come to comprehensive consensus. It is worth mentioning here that Taliban are neither a political party nor they have demonstrated their intention to form any. Their capacity to sit in Intra-Afghan Dialogue would only be of a group to seek control over Kabul under the flag of Islamic Emirate of Afghanistan, differed by the US and other parties in Afghanistan, possibly by peaceful means. On the other hand, other political elites have established political coalitions or standing parties. At present, no political party claims to be a largest political party of Afghanistan which is indicative of the divisive politics of Afghanistan.

Moreover, How Taliban intend to seek control of Kabul? It remains unclear unless they disclose their roadmap but what they have to do is to earn good will of masses beyond their sphere of influence. What their deputy chief deliberated was their willingness to ensure fundamental human rights including that of the women with little indication of means and ways. The ideological differences appear to be the troubling factor as Taliban would not abandon sharia rhetoric. Analysts have desired the stable government in Afghanistan but utterly fails to anticipate the form of upcoming government provided by opposition of Taliban to western styled democracy.

In addition to it, Peace Deal has the provisions which demand Taliban to play a crucial role in post-deal Afghanistan ranging from abandoning Al-Qaeda, running Counter-Terrorism Operations, joint operations against ISIS and denying the use of Afghan soil against any state especially the USA.

Ideally, these are the responsibilities of Afghan Army and Intelligence but the US brings Taliban into direct play which cast shadows on the role of other political actors and even state security institutions in Afghanistan. It suggests the US recognition of Taliban as the sole force that can deal with diverse security problems of Afghanistan. As Ghani regime was kept out of loop by the US during the negotiations, he is expected to be skeptical about his political future and the US would require a man of compliance in the presidency, not of dissent.

Interestingly, it was the US which brokered a power sharing agreement between President Ashraf Ghani and Chief Executive Abdullah Abdullah six years ago. The US seem to entrust this very role to Afghan political elite which is neither willing nor capable as demonstrated by extreme positions of both personalities.  Without the US, the government end of negotiations would not work unless it intervenes but it appears highly unlikely. If the US exercise its influence for political maneuvering, the rhetoric of Afghan led-Afghan Owned Peace Process would die its natural death.

Currently, Taliban maintains 60,000 members of their fighting force, a major wild card at their disposal, which are engaged in fighting against Afghan Army, Intelligence and ISIS Khorasan. The question of demilitarization or their possible integration into Afghan army is a concern raised by international analysts and observers remain unanswered. Again, this scenario presents an outcome where Taliban are likely to enjoy slightly upper hand in Afghanistan when it comes to integration.

The world keen to identify contours of Intra-Afghan negotiations that can bridge diametrically opposite forces in Afghanistan, the regime in Kabul and the Taliban. As of now, all the bets are limited to good will and commitment of the US and the Taliban which will be known better in upcoming weeks. 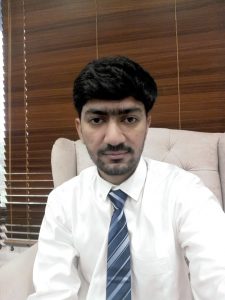