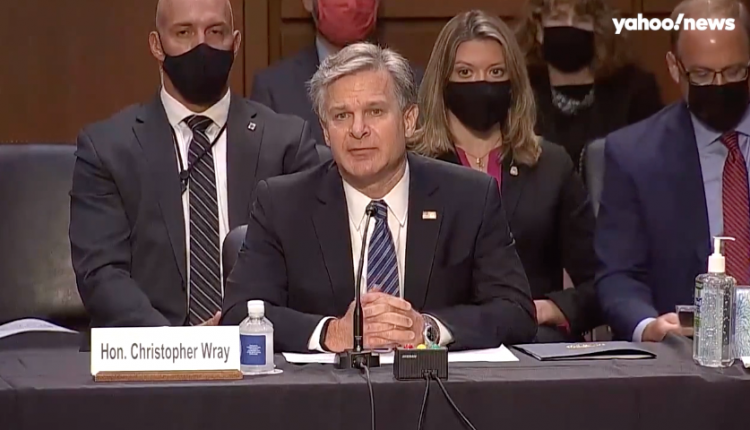 FBI Director Christopher Wray was asked to explain what went wrong during the bureau’s investigation of the Larry Nassar abuse claims. He responded, “I don’t

Wray reiterated that an agent involved in the investigation has been fired.

He said that the FBI agents who handled that case “betrayed core duty” of protecting people.

Allegations into Nassar were first brought to the agency in July 2015. Several violations of protocols led to months of delay, in a scathing Justice Department inspector general statements released in July.

In recent weeks, an FBI agent accused in the inspector general’s report of failing to launch a proper investigation was fired by FBI, US law enforcement officials added.

A supervisor who was also singled out in the IG report for violating protocol and false statements retired from the FBI in January 2018.

FBI Director Christopher Wray addressed the agency’s failures in handling the assault case involving members of the US gymnastics team and Larry Nasser.

“Finally, I’d like to make a promise to the women who appeared here today and to all survivors of abuse.

I was not interested in simply addressing that wrong and moving on.

It’s my commitment to you that I and my entire senior leadership team are going to make damn sure everybody at the FBI remembers what happened here in heartbreaking detail.

We need to remember the pain that occurred when our folks failed to do their jobs.

We need to study it. We need to learn from it. That is the best way I know to make sure that this devastating tragedy is never repeated,” Wray said.

“After I became FBI director and when I learned there were people at the FBI who had also failed these women, I was heartsick and furious,” Wray said.

Keeping in view that Nassar, a former USA Gymnastics and Michigan State University doctor, was sentenced to 40 years in prison. after more than 150 women and girls said he sexually abused them over the past two decades.