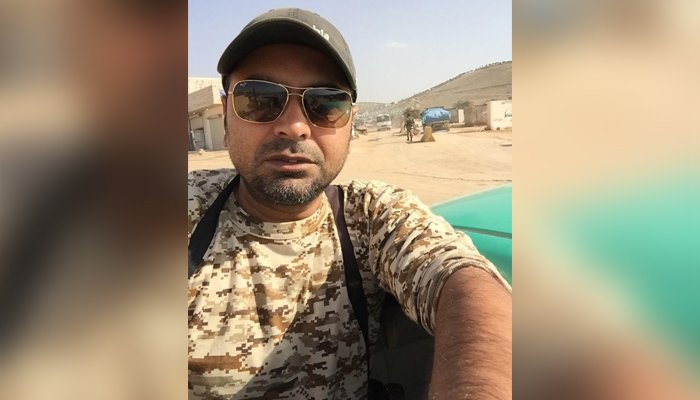 Human beings are not aware from their fates, one day someone would be up and on the very next day that same person would be down, this is called life, every human being passes from different phases of life, but what has happened with the Ex- FBI Confidential Informant Kamran, more detail is here in this special report.

The US Federal Bureau of Investigation’s (FBI) former confidential informant Kamran Faridi, who had facilitated the arrest of Karachi businessman Jabir Motiwala in London in August 2018, has been jailed and convicted in a dramatic turn of events for threatening to kill his former colleagues of FBI.

His conviction was not related to Jabir Motiwala’s extradition case but what happened to both Faridi and Motiwala is a gripping tale.

He was born in Karachi but migrated to the US in the early 1990s where he secured a green card after agreeing to work for the FBI in some of the organization’s most dangerous operations.

He lived in Florida with his American wife Kelley for more than a decade and operated as a confidential informant for more than 20 years.

He was a central character of the FBI’s entrapment operation that ran for nine years and made worldwide headlines as it featured the names of Dawood Ibrahim and Jabir Motiwala.

His downfall was started at that time when he was arrested in London with his wife Kelley on March 2, 2020. Who had worked for the FBI from 1995 until February 2020, and carried out several top-secret missions in Pakistan.

The FBI had come to know about his intentions to give a witness statement after listening to wiretapped phone conversations between him and Motiwala’s London lawyers.

While Kelley was allowed to stay in the UK, he was sent back to the US in chains the same evening with an FBI escort, even though no immigration hearing had taken place.

He landed at New York’s John F Kennedy International Airport on March 3, 2020, where he was met by more than a dozen US government officials. The FBI officials had accused him for the leaking of Top secrets of the department of FBI.

Mexico to use only Pfizer covid-19 vaccine