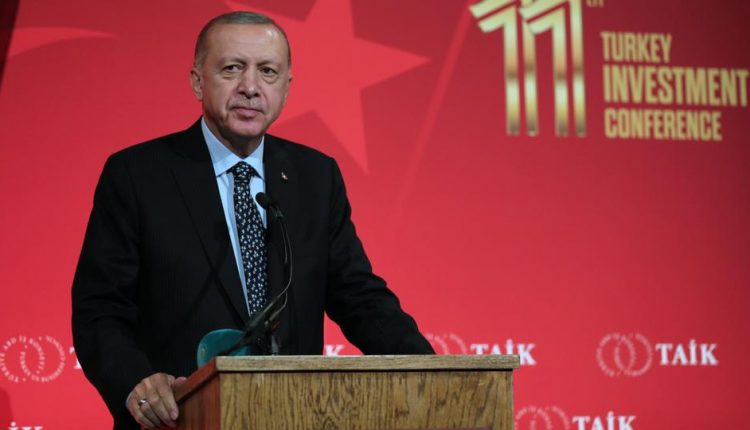 Turkey’s President Erdogan has praised US-Turkish relations and trade at a meeting with Turkish and American business people in New York City.

The event was hosted by Turkey-US Business Council (TAIK).

Turkey and the US are decisively moving towards $100 billion trade volume, said the Turkish President.

The investment from the US in Turkey is over $13 billion while investments from Turkey in the US are over $7 billion, Erdogan added.

The president also underlined that energy has emerged as a top category in cooperative trade between Turkish and American businesses.

He said the LNG (Liquefied Natural Gas) business is accelerating.

The President said problems between the two countries can be solved through dialogue.

Erdogan and Guterres have also discussed developments in Syria, Libya, Afghanistan as well as the Cyprus issue, according to a UN statement.

The UN chief said it was an “enormous pleasure” to attend the inauguration of the new Turkevi Center which houses the UN permanent mission of Turkey, the Turkish Consulate General as well as the representation of the Turkish Republic of Northern Cyprus (TRNC).