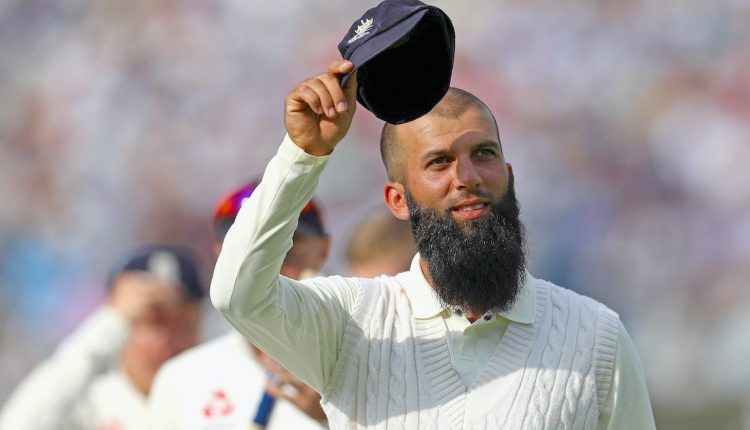 England’s renowned all-rounder Moeen Ali, 34, has decided to retire from Test cricket and he will publicly announce his decision soon, according to media reports.

Moeen Ali has formally informed his team’s head coach and the captain about his decision. However, he is expected to continue his career for England in white-ball cricket and will continue to play county ‘s and franchise cricket.

He was uncomfortable with the prospect of an extended time away from home in the coming months as a likely member of both the T20 World Cup and Ashes squads, said media reports.

He is currently in the UAE, playing for Chennai Super Kings in the IPL but is understood to have informed Chris Silver wood, the England head coach, and Joe Root, England’s Test captain, in recent days. Moeen has scored 2,914 runs in 64 Tests at an average of 28.29 and has taken 195 wickets. At his high point, he was rated the third-best all-rounder in the ICC’s Test rankings. At his best, such as when he took 25 wickets in four Tests against South Africa in 2017, or a haul of 32 wickets in six Tests against Sri Lanka and West Indies in the winter of 2018-19, he demonstrated the drift, dip, pace and bite that would delight any off-spinner.