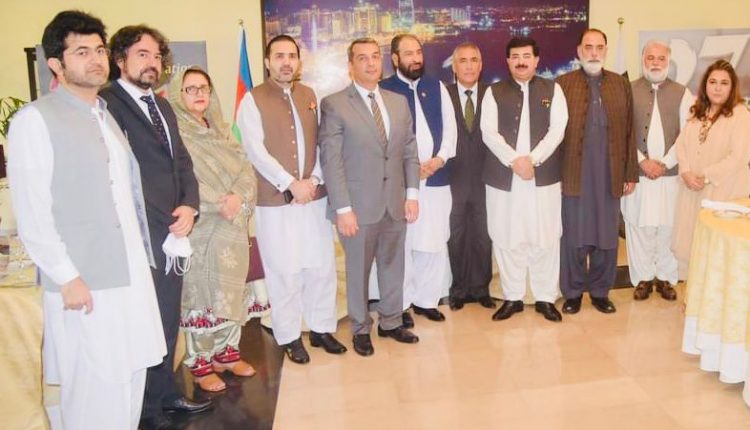 Islamabad, 27th September 2021 (TDI): Embassy of Republic of Azerbaijan to Pakistan hosted Commemoration Day Ceremony in Islamabad highlighting the memory of Azerbaijani Martyrs who sacrificed their lives for the independence, sovereignty, and territorial integrity of Azerbaijan. This day is celebrated in Azerbaijan on 27th September by the order of the President of the Republic of Azerbaijan. Over a year ago, the Armenian armed forces launched military provocation against Azerbaijan. As a retaliation, Azerbaijan had to take steps within the framework of its right to self-defence to prevent military aggression and ensure the security of its civilian population.
Sadiq Sanjrani, Chairman, Senate of Pakistan was the Chief Guest on the occasion. While speaking he said that Pakistan is standing by Azerbaijan in the thick and thin. Our brotherhood with Azerbaijan and Turkey is strong and lasting. He said that Pakistan supports Azerbaijan against the aggression of Armenia and has not recognized the country as a state. He further said that Pakistan is grateful to Azerbaijan for supporting the Kashmir issue.
It is important to note that this was the 44-day Patriotic War that put an end to Armenia’s nearly 30-year occupation of occupied territories of Azerbaijan. This Patriotic War under the leadership of the Supreme Commander-in-Chief of the Armed Forces of the Republic of Azerbaijan, President İlham Aliyev ended with a victory of the brave Azerbaijani Army. It opened a new era in the history of the Republic of Azerbaijan.
New realities have emerged in the region, and international justice has been established. Azerbaijan has ensured its territorial integrity by implementing the relevant UN Security Council resolutions of 1993. The fundamental rights of about one million displaced Azerbaijanis have been restored.

Ambassador of Azerbaijan to Pakistan said that during the Patriotic War government and people of Pakistan morally and politically supported Azerbaijan. He further added that the Senate and National Assembly of Pakistan adopted resolutions condemning Armenian aggression and supporting Azerbaijan’s just position to restore its territorial integrity. While praising the support from Pakistan, he said that this is the true demonstration of brotherhood while Azerbaijan, in turn, fully supports the settlement of the Kashmir issue in accordance with the relevant UN Security Council resolutions.
Ambassador of Turkey to Pakistan Mustafa Yurdukul while speaking on the occasion said that the world is appreciating the way Azerbaijan has dealt with this crisis. He further said that it is also noteworthy that Azerbaijan has maintained regional peace and stability for always remaining on the side of peace.

A large number of ministers, ambassadors, parliamentarians officials and journalists participated in the event. 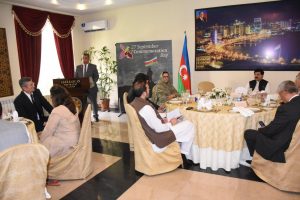 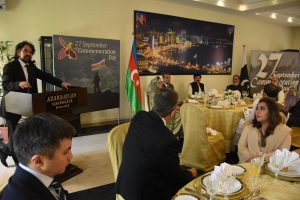 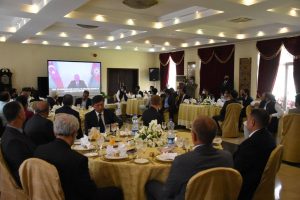 Without Haaland, 10-man Dortmund slump to 1-0 loss at glad Bach