COVID-19: A Blessing in Disguise for China, India and Israel 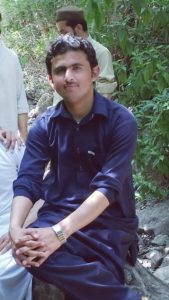 The late December, last year , came across the outbreak of the novel virus alias COVID-19 which was later declared as a pandemic after ruffling the feathers of almost all coming in its way. The deadly pandemic since its grand entry on the global stage has claimed hundreds of thousands of lives and injuries en masse. It shook the global health infrastructure to the core while exposing its lacuna. The world economy is also counted among the affected ones. A handful of those locked up by the yet-to-play COVID-19 is mulling over the relaxation in the imposed lockdown. However, not yet fully aware of the dilution in the intensity of the virus, they must take its intrusion into their minds before completely unbridling the possible return to the normal routine. The ongoing pandemic apart from its devastation, has been proved a blessing in disguise for many. It has exposed almost an irreparable hole in American global hegemonic balloon by dint of its meagre role in handling the pandemic both inside and outside its abode. This, inter alia, is persistently appealing to China to exploit per se. China has, so far, done well with pandemic as its efforts have been adulated by most of the countries and international organizations including the UN and the WHO. India, too, has exploited the COVID-19 in order to shield itself against the hue and cry in the wake of its racist agenda drawn against Muslims of India and J&K in the form of the repealing of Articles 370 and 35 A, Citizen Amendment Act and UT J&K Reorganization Act. Almost the similar agenda which is fiendish in nature is being pursued by the settled colonizer, Isreal against Palestine (Gulf News).

United States ,which led the capitalist block in the erstwhile cold war, set up the neoliberal order for the future world that was about to arise after the downfall of communism. US set per se being the sole hegemon of the global political regime. However, its great mistake was that it turned its ears deaf to the groaning of the Chinese emerging economic power and the Russian insurgency and its net result was the turning of the unipolarity into multi-polarity. The same ignorant attitude is being observed this time amid the deadly pandemic which needs joint efforts to be kicked out. However, US once being the leader of the global order has left the followers alone to combat the novel virus and is leaving, apparently, no stone unturned  to do away with it inside its own abode . Thus, it either intentionally-following  the ‘Make America Great Again’ mantra- or unintententionally- because of its administrative lacuna- is leaving the space which would likely be occupied by China which would, then, possibly lead the world in,inter alia, political, economic and health infrastructure. Moreover, China, after doing away with novel virus to a considerable extent has not spared flexing its arms in South China Sea. Chinese Digital Silk Road(DSR) and Health Silk Road are also being tried by most of the countries in their fight against the COVID-19(The Diplomat). China is also thinking over replacing dollar with its own currency(DAWN).

Stretching the blessed side of the pandemic on to India, too, holds water. India has adopted the racist agenda under the fascist BJP’s banner. It earlier during the late August, withdrew the special status of Jammu and Kashmir by repealing the Article 370 of the Indian constitution and transformed the ownership law by abrogating the Article 35A. This ultra constitutional move triggered strong agitation throughout the world by Kashmiri community. International human rights watch dogs, too ,reprimanded the unilateral move of the Indian government. Pakistan having had the Kashmir issue one of the main determinants of its foreign policy tried to put all the eggs in one basket for sensitizing the illegal and unilateral measure of India. Meanwhile, India brought the bigoted Citizen Amendment Bill which advocated citizenship for all minorities provided they were not Muslims. This move invited countrywide protest which claimed many lives, injuries and prisoners. The said move was followed by UT Jammu & Kashmir Reorganization Act an attempt to change the region’s demography. The latter measure amended the resident law of 1954 and ushered the outsiders to claim the permanent residency and region- ship. The one to rise its voice internationally, Pakistan, has stuck in doing away with the pandemic notwithstanding its Foreign Office’s continuous, unusually strong, statements against the racist measures of the Indian government. There is not even an iota of doubt that Kashmiris are adopting every possible measure to drag the international community to resolve the decades long hovering issue of Kashmir, but as usual their voices are being turned a deaf ear. Thus, it is crystal clear that the COVID-19 is shielding India against the possible, if any, chide on the part of the international community and its human rights watch dogs as almost all have been engaged by the novel virus thereby paving the way for expansionist nature of governments like India.

The novel virus is also favouring the settled colonizer Isreal in pursuing its fiendish agenda of annexing the occupied territory. The new coalition of Israeli administration announced the expansion of the Israeli sovereignty to the occupied territory. It also intended to annex the Jordan Valley. The Arab League’s weeks ago meeting put just new war crimes to Israeli chapter and did nothing more. The only reaction was seen by the 130 UK’s Parliamentarians who lodged protest before their PM against the illegal measures of Israel in the occupied West Bank. They argued the PM to condemn the steps since forcible annexation of the territory was illegal. The most noticeable was the response of US’ Secretary of State, Mike Pompeo, who uttered that it was up to Israel that what how much of the territory it intended to annex. This is totally contradictory to the American Declaration of Independence since the measures would denude Palestinians of their rights to ‘ life, liberty and pursuit of happiness’( Gulf News). Whereas, the world is getting busy in pondering over how to get rid of the virus and it is being taken as a cover by Israel for its expansionist ambition.

The deadly pandemic has proved to be a good omen for the said countries via covering their inhumane measures. China would be edged by it to a considerable extent. However, India should not be ignorant to the cry of Kashmiri freedom movement which would resurface once the COVID-19 leaves off. Pakistan should continue its effort to keep the Kashmir cause alive at the international level. The discussed spheres should be taken into account so that they might be addressed.