China is tirelessly working to save the world from Coronavirus, Chinese Envoy

January 28, 2020 (GNP) : China is indebted to Pakistan for support in difficult times and is ready to share the experience of its fight against the COVID-19 epidemic with Pakistan. These were the remarks by Ambassador Yao Jing, Ambassador of the People’s Republic of China to Pakistan while talking to members of the delegation of International Forum for Pakistani Columnists and Anchors and members of media outlets here in Islamabad. He further added China is also working tirelessly to save the world from coronavirus. Strongly recognized and supported by the systematic and scientific response by the Chinese leadership, military, and civil society to fight against the virus. 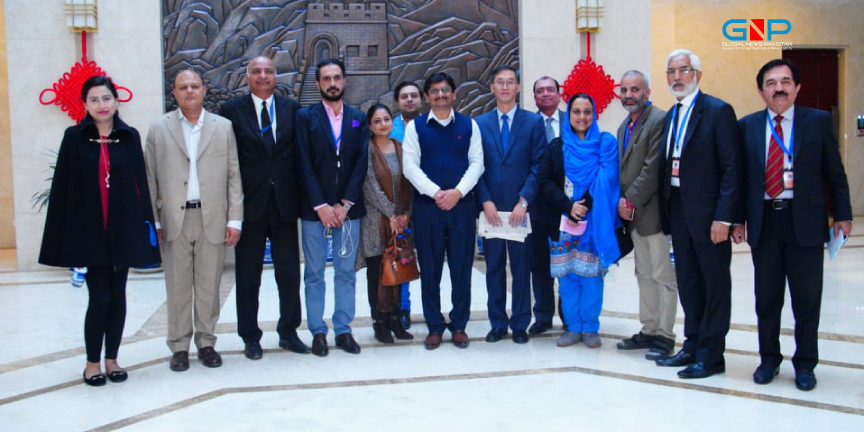 Ambassador said that the Chinese government is in close contact with the Pakistani government and praised the work done by the Health Ministry of Pakistan so far in containing the virus to reach Pakistan. While responding to various questions to the journalists, Ambassador said that with few exceptions worldwide there is strong recognition including the leading WHO on the response from China to curb the epidemic. Ambassador said that the role of media is important to put forward the true picture of humanity. China is doing everything possible to find the vaccine and as a result of being the leader of science and technology, China has prepared a rapid response mechanism through its robust scientist to find vaccines to curb the disease. Ambassador stressed that CPEC will not be derailed because the projects will continue functioning as they were functioning earlier. Ambassador shared that currently, a team of eight professionals and experts on agriculture are in Pakistan to support in the fight against locust attacking various areas of Pakistan. China is providing not only technical know-how but also providing pesticides as well. In the CPEC mandate, China is supporting Pakistan in the health sector as well where China is helping to upgrade the hospitals and various health mechanisms. China is building a burn center in Balochistan and an emergency center in Sindh. (GNP)