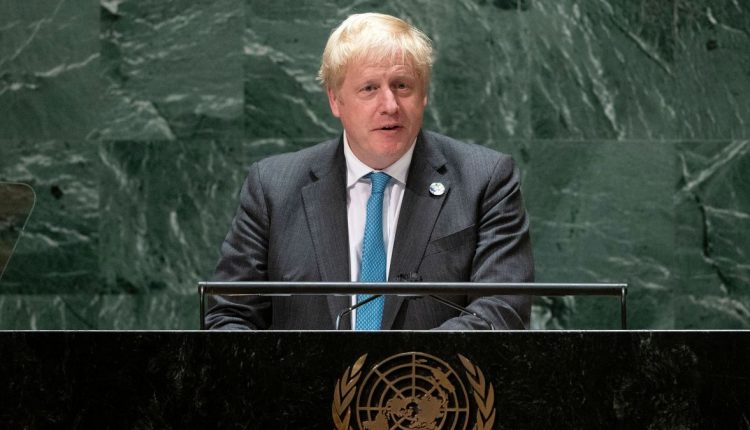 Humanity needs to “grow up” and deal with the issue of climate change, British Prime Minister Boris Johnson told world leaders at the United Nations General Assembly in New York.

Johnson slammed the world’s inadequate response to the climate crisis and urged humanity to “listen to the warnings of the scientists pointing to the pandemic as “an example of gloomy scientists being proved right.

We still cling with parts of our minds to the infantile belief that the world was made for our gratification and pleasure, he added.

We would combine that narcissism with an assumption of our own immortality, said PM Johnson.

We trash our habitats, again and again, with the inductive reasoning that we have gotten away with it so far, and therefore, we would get away with it again.

Johnson highlighted the UN Climate Change Conference in Glasgow in November as a “turning point for humanity. We need to pledge collectively to achieve carbon neutrality, net-zero, by the middle of the century,” Johnson said.

We need all countries, every single one of you, to step up the commitment to very substantial reductions by 2030.

Climate has been a key pillar of the conference so far, and it seems Johnson’s appeal has resonated with other world leaders concerned about the climate crisis.

An Unforgettable Tale of Zara Joya

NSA Says, World should need to think about Afghanistan