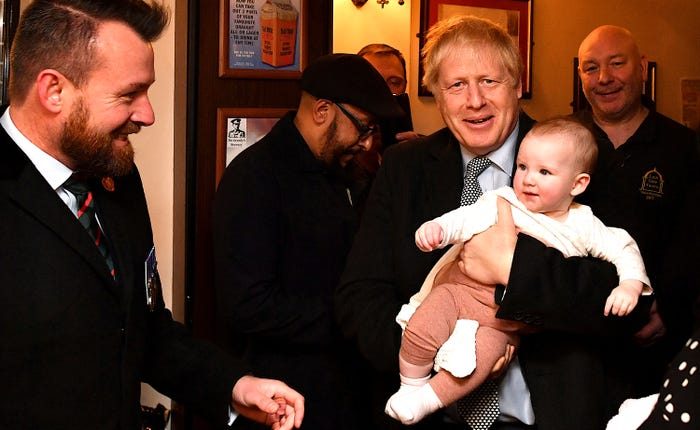 Boris Johnson has admitted for the first time that he has six children.

According to details, the British PM told in an interview and he changes a lot of nappies.

The prime minister has previously tended to avoid questions about his notoriously complex family life.

He has been divorced twice and conceived a daughter during an extramarital relationship.

When a TV Anchor asked him ‘do you have six children and he accepted, yes

Johnson has a one-year-old child, Wilfred, with his wife, Carrie Johnson.

He said it was “fantastic,” to have children in Number 10, claiming: “I change a lot of nappies.”

The couple is now expecting another baby, Johnson added.

Johnson also has four adult children with his second wife, Marina Wheeler, and his daughter from his extramarital relationship.

It has been reported that Johnson could have conceived another child or children beyond those known about, but he has refused to discuss this. I think what people want to hear is what plans we have,” Johnson replied.

“I love my children very much but they are not standing at this election and I’m not, therefore, going to comment.”

Asked if he was “fully and wholly involved in all their lives”, Johnson again refused to comment, saying: “I was not going to put them on to the pitch in this election campaign.

Johnson denied that he had been snubbed by Biden at times during the crisis.

I don’t discuss my calls with other leaders but to the best of my recollection we talked very frankly about the whole thing,” he said.

Biden says,’’ We have turned the page’’